We put up 42 blog posts last year, an average of one every nine days. Half-a-dozen addressed the Washington state carbon-tax initiative, I-732, explaining why we backed it strongly. Ten pertained to the elections, with four on Trump, three on GOP denialism, and three on the Democratic candidates’ carbon tax stances.

Several of our posts used our carbon-tax model to quantify impacts of different carbon taxes and contrast those that would make a big dent in emissions (like Sen. Sanders’) and those that wouldn’t (ExxonMobil’s). Other posts ranged from soda taxes (a possible political template for pollution taxes) to climate science, from China (where emissions appear to be peaking) to Wyoming (still in the thrall of coal, while renewables languish).

Collectively, they got lots of eyeballs. Below we’ve collected screenshots from the ten most popular, in reverse chronological order. Links in titles will take you to the full posts. For the really curious, our directory of 2016 posts (and 2015, 2014, 2013 …) is here.

Dec. 13: The Good News: A clean electricity boom is why the Clean Power Plan is way ahead of schedule 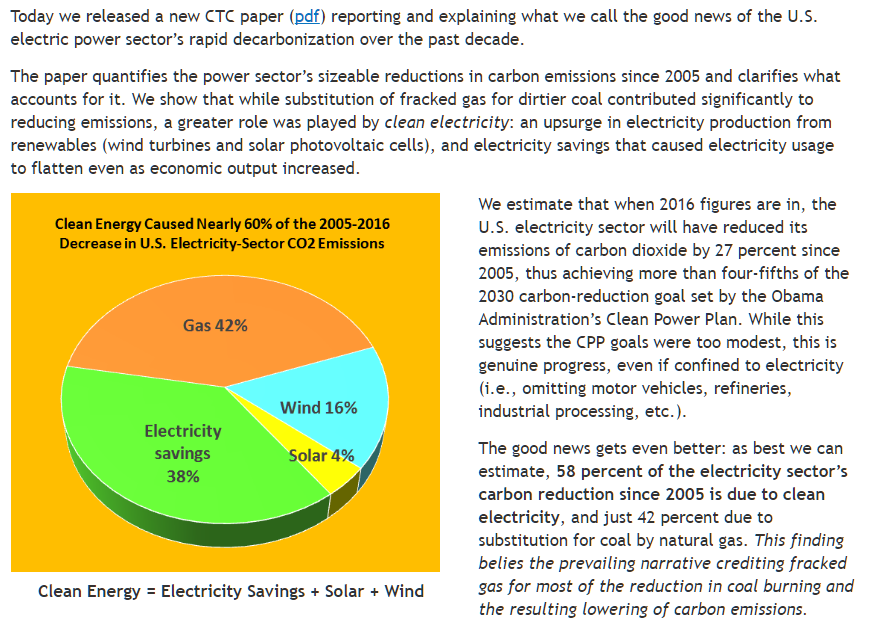 Dec. 6: “Keep It In The Ground” Needs a Carbon Tax 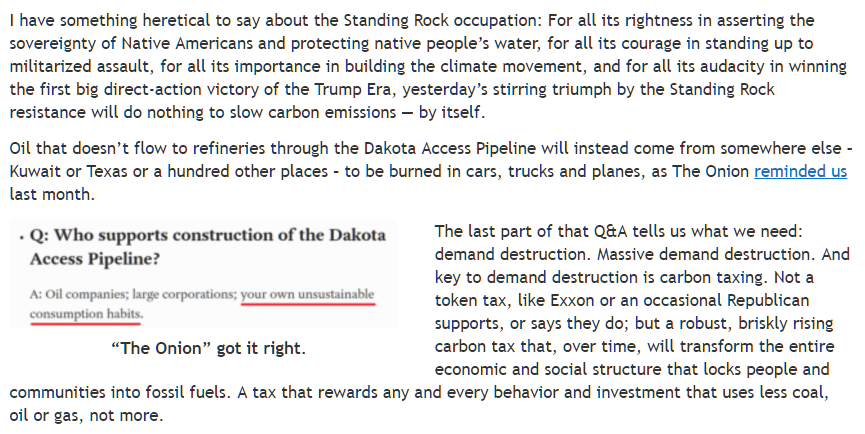 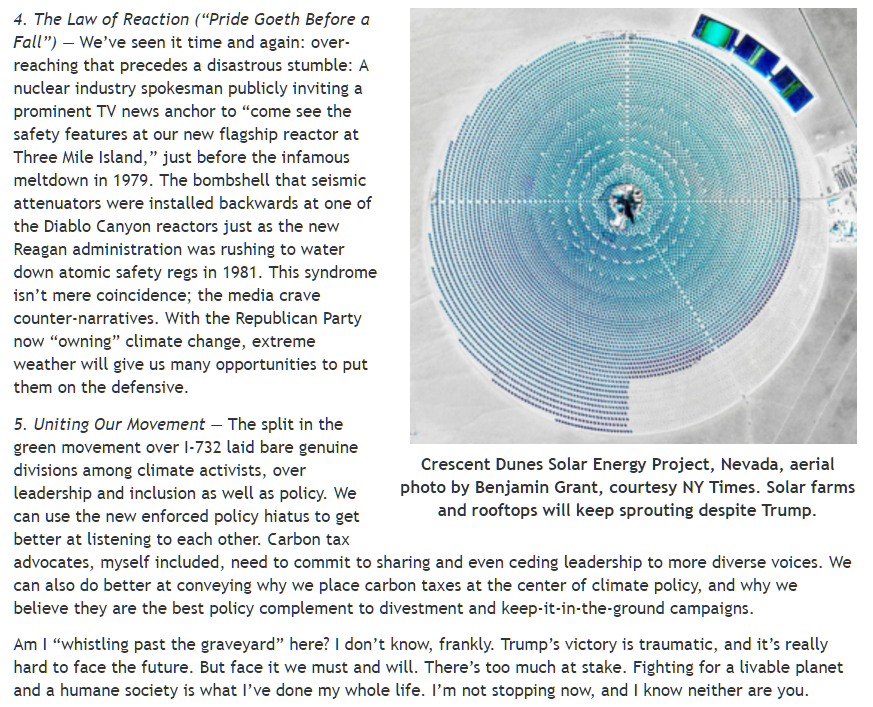 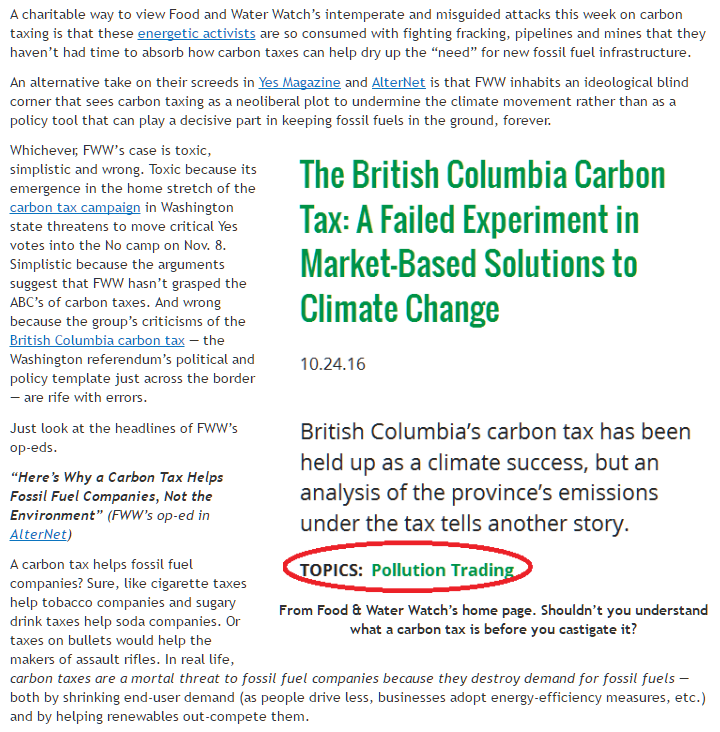 Sept 13: Carbon Tax Can Be a Remedy for Toxic Hot Spots 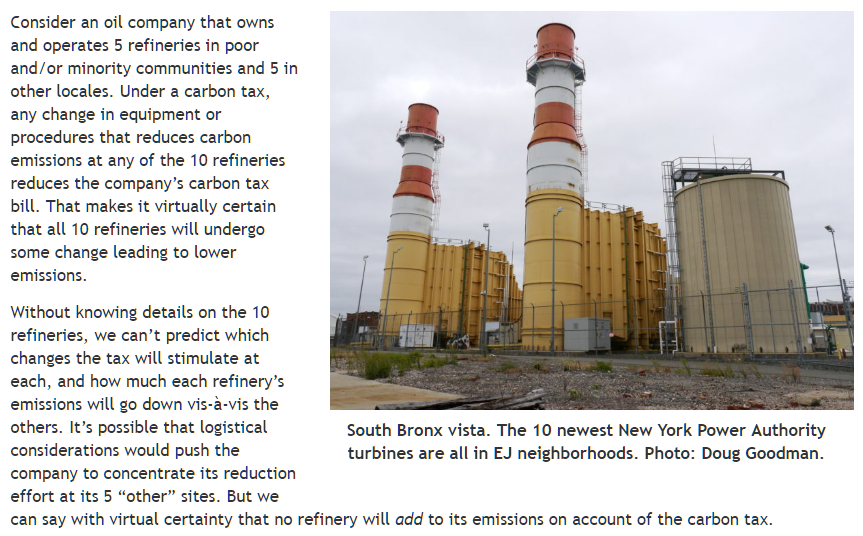 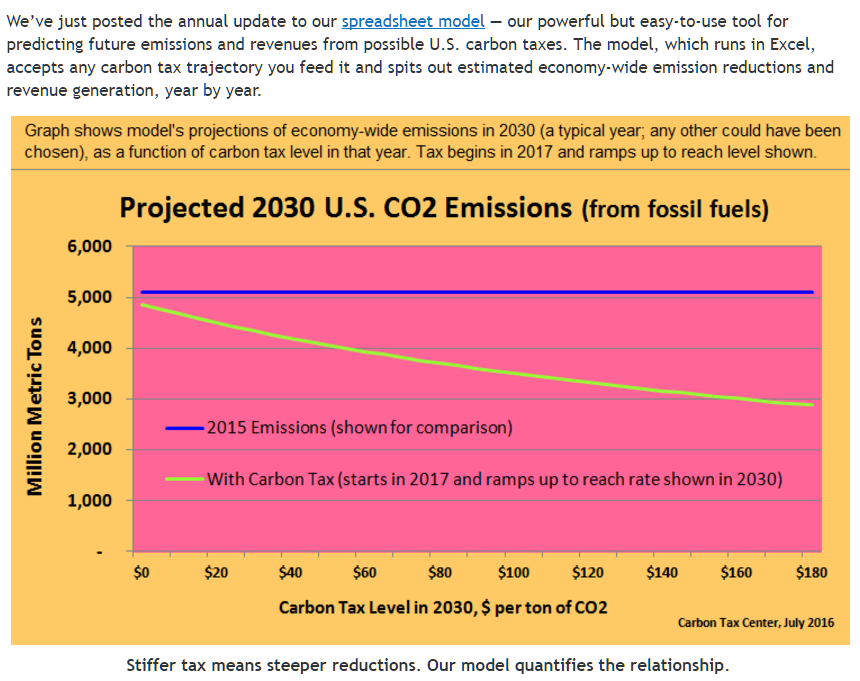 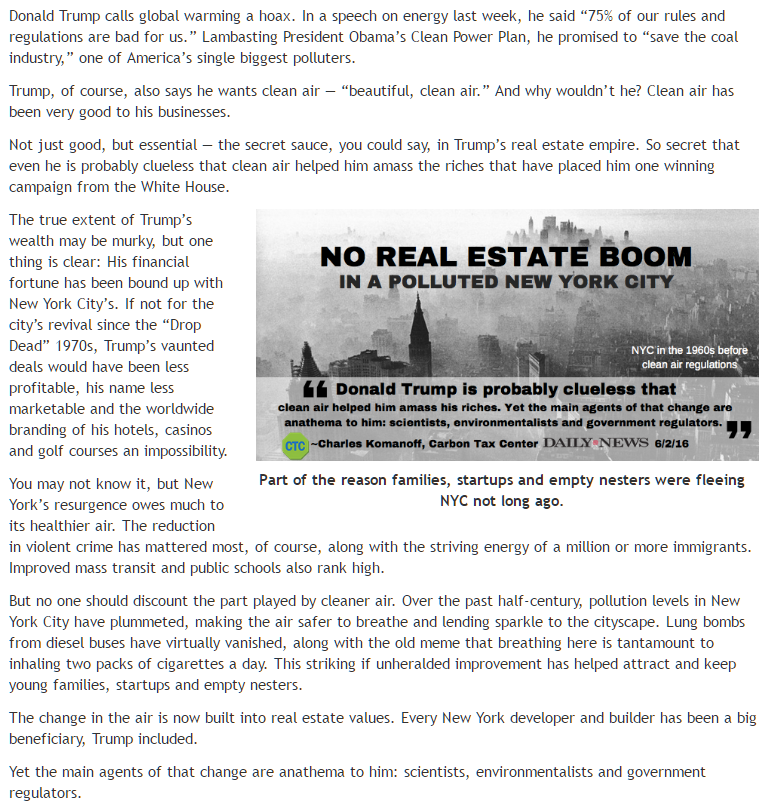 April 16: What the Sanders-Clinton Clash over a Carbon Tax Says about Democrats and Climate Change 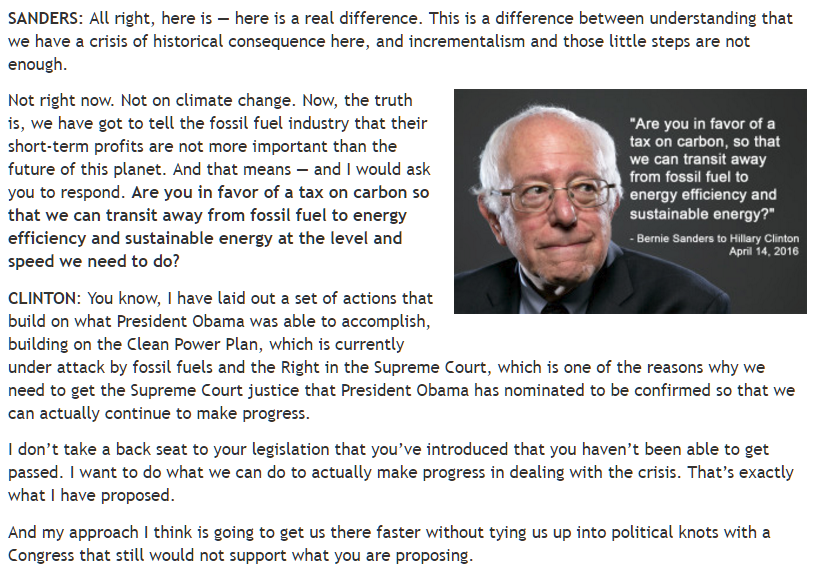 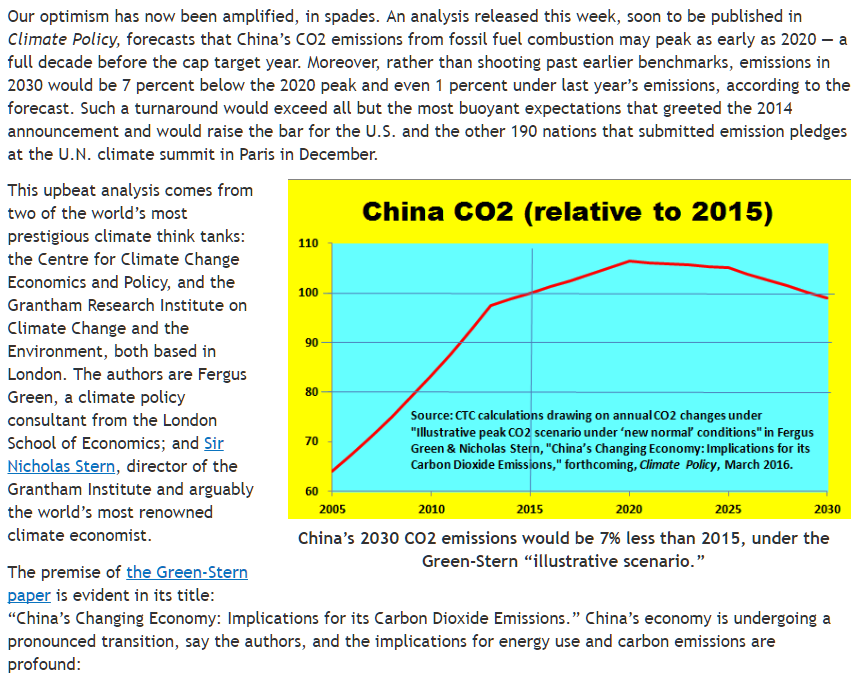 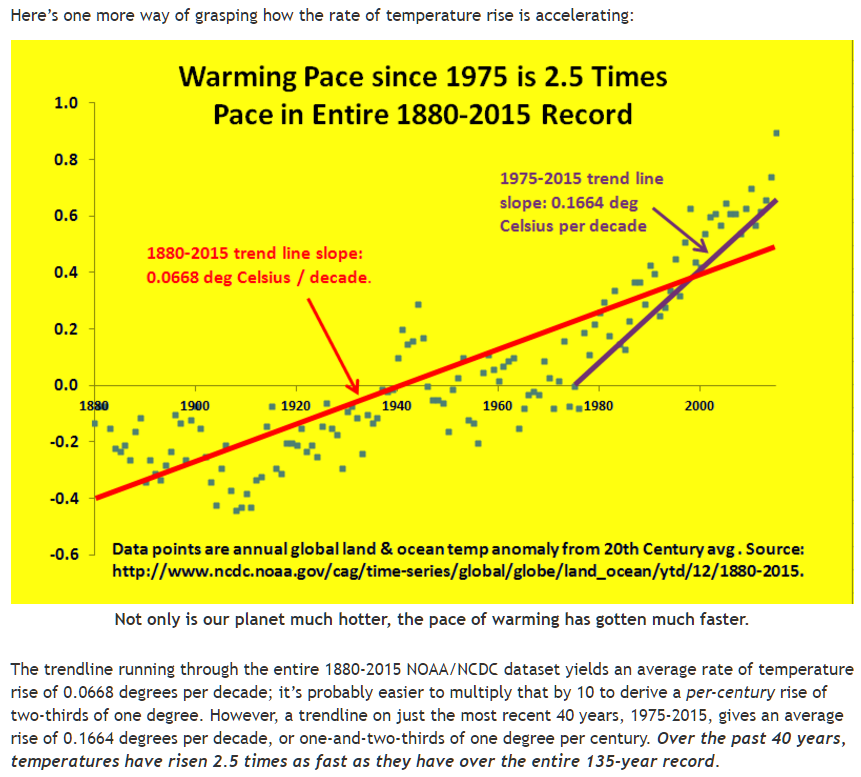 Want more posts like these? Sign up on CTC’s home page to receive notices of new posts. And please support our work: click here. Many thanks.