For the past three years, Washington state has been the epicenter of carbon tax political action in the U.S.

In 2016, activists placed a carbon tax initiative on the November ballot that would have given Washington the nation’s first state carbon tax. The measure, I-732, went down to a stinging defeat, 59% to 41%.

Much of the opposition to I-732 came from the Alliance for Jobs and Clean Energy, a coalition of environmental and social justice organizations. Most of the I-732 revenue would have been earmarked to cut the regressive state sales tax, in order to ensure that the carbon tax would not imperil low-income households. The Alliance wanted the money spent on  environmental and community needs. 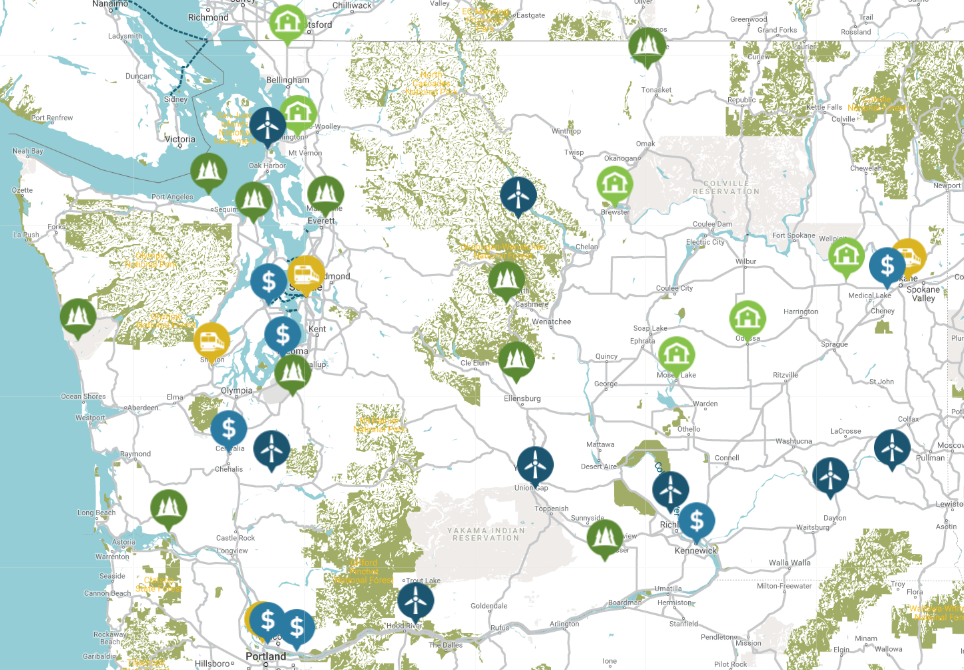 This year the Alliance has gotten its own carbon tax initiative, I-1631, on the ballot. The new proposal differs from I-732 on both the tax and the revenue sides, and the Nov. 6 vote may tell us something about relative support for the revenue-neutral approach (I-732), compared to spending the money on programs leveraging the carbon tax to cut emissions while benefiting communities (I-1631).

Under I -732, the carbon tax would have hit $25 per metric ton of CO2 in 2018 and risen thereafter at an annual rate of 3.5% plus inflation. I-1631 would start lower—$15 per metric ton—but rise faster, at $2/ton plus inflation annually. To avoid adverse economic impacts, I-1631 exempts the behemoth aircraft maker Boeing, Inc. and other energy-intensive and trade-exposed businesses from the tax.

I-1631 backers expect the carbon tax to raise $1 billion in the first year, and $2.5 billion over the following three years. (The decline assumes that businesses and households reduce their emissions as time goes on.)

I-732 would have used the carbon tax revenue to:

I-1631 specifies three areas of spending, instead:

In a nod to perceived public misgivings about government (a point often raised in defense of revenue-neutral carbon tax proposals), I-1631 establishes a Public Oversight Board to determine how funds will be used. The legislature’s role is limited to oversight through its Legislative Audit and Review Committee.

The initiative has the support of Washington Governor Jay Inslee, a climate hawk whose efforts to enact a carbon tax through the legislature were narrowly blocked in early 2018 by the Republican state senate majority. It also faces a well-funded opposition backed by oil interests. As of the end of September, the No on 1631 campaign had raised $21.2 million, with Phillips 66 the largest contributor, at $7.2 million, and British Petroleum kicking in $6.4 million. The pro-1631 Clean Air Clean Energy campaign had raised $6.6 million, including $1 million from the Nature Conservancy, its largest contributor. Mike Bloomberg has also pledged $1 million to the pro-1631 effort.

Sasha Abramsky at The Nation: This Washington State Ballot Measure Fights for Both Jobs and Climate Justice, July 20, 2018

David Roberts at Vox: A Green New Deal is on the ballot in Washington state this year, Sept 28, 2018.