Carbon Tax Can Be a Remedy for Toxic Hot Spots

Thanks to the environmental justice movement, we know that big carbon emitters like power plants and oil refineries are disproportionately sited in poor and predominantly people of color communities. EJ pioneers like Robert Bullard and the Environmental Justice Resource Network began documenting this painful truth decades ago, and it continues to animate the EJ and climate justice movements.

So it’s not altogether surprising if, from time to time, concern is voiced that polluting companies will respond to carbon taxes by curbing carbon pollution elsewhere rather than in frontline communities like blighted urban neighborhoods, Appalachian hollows, or Native peoples’ lands. The pioneering climate activist Bill McKibben raised that possibility yesterday in a post on Yale Environment 360:

Environmental justice [in carbon taxing] would also require policies to make sure that carbon pricing doesn’t perpetuate toxic “hot spots” in poor communities as companies look for least-cost ways to deal with the new reality [in which carbon emitters now pay to dump into the atmosphere].

Not for the first time, we wrestled with that scenario overnight. And we have to report that we can’t picture any credible circumstance in which a carbon tax would lead to emissions lock-in in certain communities. Our conclusion arises from the fact that a carbon tax, by its nature, exacts a cost for each and every squandered opportunity to curtail carbon emissions. A company that perpetuated toxic hot spots in poor communities would incur costs that would weaken and might even destroy its bottom line. 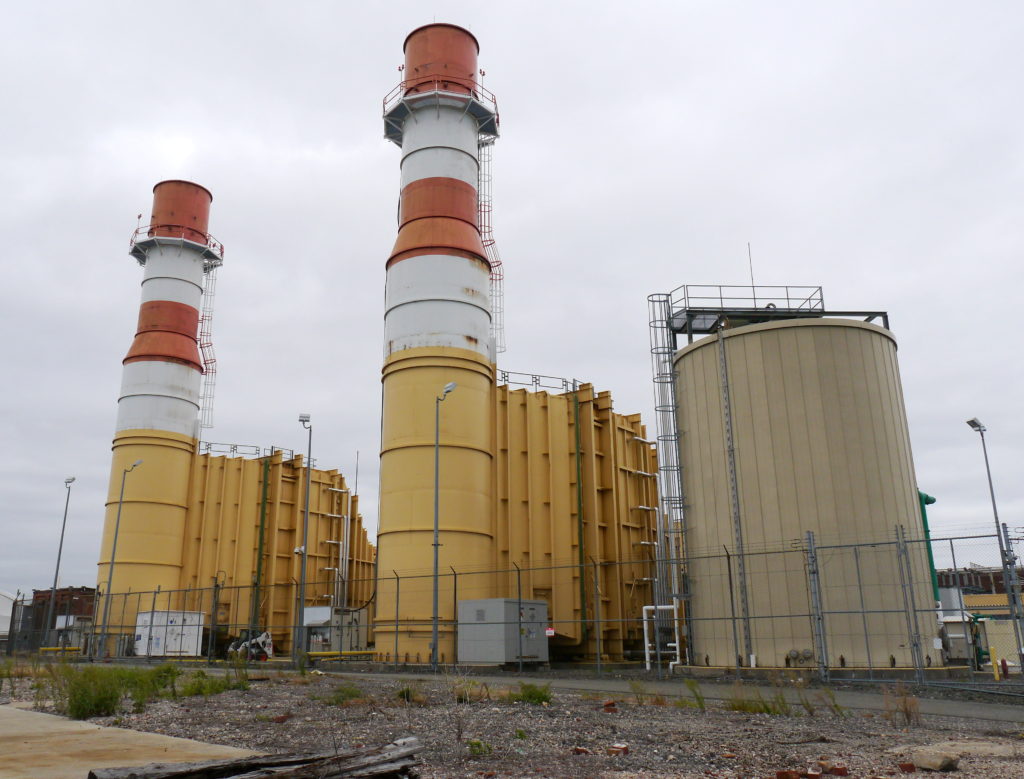 Consider an oil company that owns and operates 5 refineries in poor and/or minority communities and 5 in other locales. Under a carbon tax, any change in equipment or procedures that reduces carbon emissions at any of the 10 refineries reduces the company’s carbon tax bill. That makes it virtually certain that all 10 refineries will undergo some change leading to lower emissions.

Without knowing details on the 10 refineries, we can’t predict which changes the tax will stimulate at each, and how much each refinery’s emissions will go down vis-à-vis the others. It’s possible that logistical considerations would push the company to concentrate its reduction effort at its 5 “other” sites. But we can say with virtual certainty that no refinery will add to its emissions on account of the carbon tax.

Think of it this way: Each facility now has an array of potential capital and operating opportunities for reducing emissions. Some don’t “pencil out” today but will as the carbon tax kicks in. But why would emissions-increasing measures be taken up due to the tax, when all of the tax incentive goes in the opposite (emissions-reducing) direction?

To repeat: under a carbon tax, every pound or ton of CO2 eliminated from the waste stream yields equal savings. With no cap to game by manipulating emissions, every reduction is rewarded immediately and equally.

The vigilance by environmental-climate justice campaigners against policies that could lock in toxic hot spots can be traced in part to mainstream environmentalists’ push for carbon cap-and-trade legislation a decade ago. The Waxman-Markey bill that passed the House before dying in the Senate would have allowed U.S. polluters “to offshore” some emission cuts (e.g., by booking CO2 reductions from planting tropical tree plantations) instead of cutting their domestic emissions. That loophole was appalling and it tarnished the bill; but offsets have never been included in proposed carbon tax legislation.

For the record, other concerns raised in McKibben’s post weigh heavily here at CTC, including whether and how a carbon fee-and-dividend system would return revenues to “the estimated nearly 12 million undocumented Americans who contribute to the economy.” We agree that undocumented workers should receive a fair share of the revenue proceeds from carbon-taxing, and it’s incumbent on us carbon-tax proponents to come up with an ironclad way to ensure that.

Let’s also acknowledge that the frontline communities that have suffered historically and disproportionately from toxic emissions that invariably “co-pollute” with CO2 deserve to be compensated beyond the universal fee-and-dividend monthly check. But what if a revenue-neutral carbon tax like fee-and-dividend is the only approach with political legs to actually pass Congress sometime down the road? Given that fee-and-dividend is income-progressive (poor households get more in dividend checks than they spend for costlier energy) and will cut emissions across the board, including in frontline communities, doesn’t it merit support from EJ advocates, despite its limitations?

In short, we agree with Bill that “most of the damage from both climate change and air pollution has fallen on poor people, people of color, and Native nations, both in our country and around our world.” But it’s a stretch too far to say that the potential remedy of carbon dividends “come[s] with [an] obvious moral and intellectual flaw.”

To sum up: the carbon-tax “flaw” of locking in carbon hot spots isn’t well-founded. But the flaw of excluding undocumented Americans from the carbon dividends can and should be addressed and fixed.

It may be that the surest way to do that is for members of frontline communities to assume leadership positions in the carbon tax effort. What are the best ways to encourage and make that leadership possible?