Gore: Carbon tax could help U.S. back away from fiscal cliff (Reuters)

Report: CO2 Pollution Tax Could Cut Deficit in Half in 10 Yrs (Reuters)

Massachusetts v. EPA (2007), the Supreme Court’s 5-4 decision upholding EPA’s authority to regulate greenhouse gases, is rightly considered a legal milestone in the fight against global warming. But it’s nearly impossible to find an economist, business person, or even an environmental advocate who thinks that EPA regulation of the numerous and diverse activities causing global warming can ever be more productive, fair and cost-effective than policies using price incentives. Even Environmental Protection Administrator Lisa Jackson testified to the House Energy & Commerce Committee that regulation by her agency under the Clean Air Act isn’t the best response to global warming. 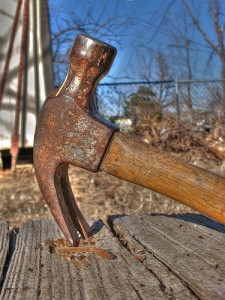 Where does EPA regulation of greenhouse gases stand today, after the failure two years ago of carbon cap-and-trade legislation? Recall that in 2009, a huge campaign by environmental groups, along with a well-coordinated effort by the House Democratic leadership, led to House passage of the Waxman-Markey climate bill. That bill would have largely supplanted EPA greenhouse gas regulation with a cap-and-trade-offset system, an indirect way to put a hidden and fluctuating price on CO2 pollution. But in the Senate, John Kerry’s frenzied effort to build a coalition around cap-and-trade with offsets came to naught in 2010. The failure of climate legislation, along with the GOP takeover of the House later that year, leaves climate policy exactly where the Supreme Court left it: at EPA’s doorstep.

The Environmental Protection Agency has issued rules mandating aggressive improvement in efficiency of new autos and trucks, and rules mandating “Best Available Control Technology” for new and expanded coal-fired power plants and other stationary sources. For CO2 emissions, BACT is essentially a combustion efficiency standard. But EPA has yet to propose rules for a far larger category of GHG’s: CO2 emissions from existing stationary sources such as power plants and oil refineries. And indeed, fears of economic dislocation and job loss ― which are always concerns when existing facilities come under stringent regulation ― will make it hard for the agency to clamp down hard on these sources, particularly in today’s heavily politicized climate.

Nevertheless, it’s important to ask what a maximal strategy of EPA GHG regulation might accomplish, and how that approach stacks up against indirect pricing proposals like Waxman-Markey and simpler, more direct carbon pollution taxes such as Reps. Larson and Stark have proposed. Economists Dallas Burtraw, Arthur Fraas and attorney Nathan Richardson of Resources for the Future recently examined EPA’s regulatory options. Looking at a decidedly optimistic scenario, they concluded that EPA regulations would reduce domestic greenhouse gas emissions by 12.9% by 2020 (from a 2005 baseline). That estimate assumes that EPA adopts a flexible approach involving tradeable performance standards, which they concede may be less legally defensible than more prescriptive and costly facility-specific regulatory approaches. Their figure also includes non-CO2 GHG emissions reductions counted in CO2-equivalent terms. By comparison, they estimate that the Waxman-Markey bill would have achieved nearly identical reductions in domestic emissions, 12.7%, in the same eight-year time frame.

What carbon tax level and ramp-up would yield the same 12.9% reduction that Burtraw et al. project for EPA regulations? To see, I ran the Carbon Tax Center model developed by director Charles Komanoff. The model uses historic price elasticities in five sectors to estimate emissions reductions for a given CO2 price trajectory. Thus, the model relies on history to predict future behavior — it assumes we will find ways to use less fossil fuel to the same degree as we’ve responded to price changes in the past; the model also accounts for the increasing difficulty (“diminishing returns”) of reducing emissions.

In the table below, I’ve summarized and ranked in order of effectiveness (which corresponds well with revenue), three legislative and two economists’ carbon tax proposals as well as two carbon tax scenarios that the CTC model indicates would mimic the expected emissions reductions of EPA GHG regulations by 2020:

The Cantwell-Collins “CLEAR Act,” a cap with a “price collar” sets a CO2 price between $7 and $21, rising 6% annually. Krupnick et al. (RFF) used the US DOE’s NEMS model to estimate that an $18T/CO2 carbon tax rising 8%/yr to $33/T CO2 by 2020 would achieve equivalent domestic emissions reductions to Waxman-Markey, very similar to the emissions reductions which Burtraw et al. expect from EPA regulations. (Reassuringly, CTC’s model applied to Krupnick’s price trajectory predicts similar results.) For the third scenario, I chose a 6% annual increment in the CO2 price and used the model to estimate the starting price needed to achieve the same reductions as EPA regulations. For the fourth scenario, I took the opposite tack, specifying a $10 starting price and letting the model determine the annual increment rate that would achieve the same reductions as EPA regulation. The fifth estimate uses the carbon price proposed in Fiscal Solutions: A Balanced Plan for Fiscal Stability and Economic Growth, (Peterson Foundation & American Enterprise Institute, 2011). Finally, I ran the price levels and increments in the carbon tax bills introduced by Rep’s Pete Stark D-CA and John Larson D-CT respectively, to estimate the emissions reductions that their climate bills would achieve by 2020.

The results suggest that, holding other things equal, until 2020 climate advocates should be indifferent between EPA GHG regulations and either (i) a carbon tax starting at $21.50 per ton of carbon dioxide and rising at 6% a year, or (ii) a carbon tax of $10/ton rising by $3.50/yr. But of course, other things aren’t equal: a carbon pollution tax would generate billions in revenue, as shown in the far right column in the table. Indeed, economists Ian Parry and Roberton Williams of RFF estimate that the Krupnick proposal would close 1/3 of the U.S. budget gap by 2030. Moreover, as Burtraw et al. point out, it’s not clear how much further EPA regulation could reduce emissions after 2020. That’s because regulations are essentially static and do little to induce innovation or to reduce fossil fuel demand via conservation.

EPA action under the Clean Air Act is inferior to new [carbon pricing] legislation from Congress, especially over the long term. Although it is possible to identify some readily available opportunities for emissions reductions and push them via regulation (with market tools to keep costs down), it quickly becomes difficult to identify what steps should be taken next. A carbon price (either cap-and-trade or a carbon tax) created by legislation would allow the market to make these decisions.

The numbers tell a sobering story: EPA regulations might, optimistically, achieve significant near-term reductions, albeit at a higher cost than a CO2 pollution pricing system. But more importantly, those regulations can’t be expected to induce further innovation and reduce demand (for example by encouraging improved efficiency) and EPA has explicitly stated that it is not mandating replacement of high carbon energy sources (coal and oil) with lower or zero carbon sources (gas or renewables).

Where does this leave us? Consider the interesting situation that could arise by year’s end. Congress faces both mandatory “sequestration” of the military and domestic budgets (imposed by the debt ceiling legislation) and expiration of the Bush/Obama tax cuts. The House and Senate may therefore be forced to consider ways to raise revenue, perhaps as early as in the “lame-duck” session after the Nov. 6 elections, when the pending retirement of some members and the passing of the election season might allow political “grand bargains” to be struck.

In that eventuality, it will be important to hammer home the point that a rising carbon pollution tax offers not only the potential to achieve greater and far more sustained emissions reductions than EPA regulations, but also a growing stream of revenue from taxing pollution. That is especially salient now, when every tool available is needed to encourage job growth and productive economic activity including reducing or at least avoiding new taxes on work and investment.