A headline like “Why Carbon Pricing Isn’t Working” isn’t the kind of news carbon tax advocates like to see. But Jeffrey Ball, writing in the July/August Foreign Affairs, has a point:

[E]xisting carbon-pricing schemes tend to squeeze only certain sectors of the economy, leaving others essentially free to pollute. And even in those sectors in which carbon pricing might have a significant effect, policymakers have lacked the spine to impose a high enough price. The result is that a policy prescription widely billed as a panacea is acting as a narcotic. It’s giving politicians and the public the warm feeling that they’re fighting climate change even as the problem continues to grow. (emphasis added)

To be clear, Ball, a scholar-in-residence at Stanford and nonresident senior fellow at the Brookings Institution, likes and wants carbon pricing. His quarrel isn’t with the concept but with the political execution — or lack of it:

If governments proved willing to impose carbon prices that were sufficiently high and affected a broad enough swath of the economy, those prices could make a real environmental difference. But political concerns have kept governments from doing so, resulting in carbon prices that are too low and too narrowly applied to meaningfully curb emissions.

Ball is discussing both carbon taxes and cap-and-trade here. Cap-and-trade regimes have been limited to a few economic sectors — most typically, electricity generation. And the caps set so far have been too high (i.e., loose) to generate the robust carbon prices that can really impact these sectors. Though reforms are in the works in both Europe and the U.S., Ball is rightly skeptical about how far they will go. 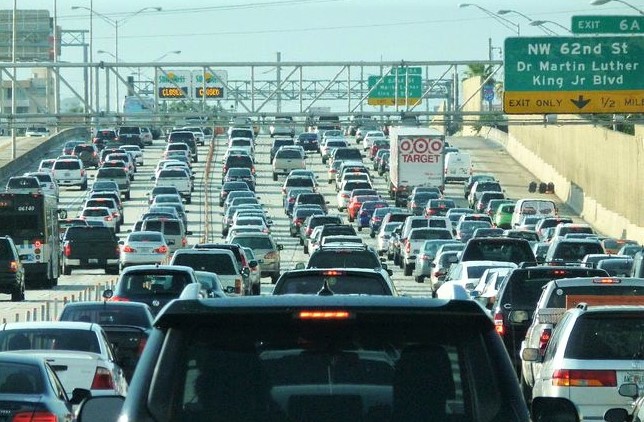 The news for carbon taxes isn’t much better, so far. A commission of economists convened by the Carbon Pricing Leadership Coalition last year recommended a tax in the $40-80/ton range by 2020. Only six countries — Sweden, Switzerland, Liechtenstein, Finland, Norway, and France — have carbon taxes that high, according to the World Bank.

Ball’s alternative is what he calls “more targeted moves,” but his reasoning seems muddled. He argues that politically feasible levels of carbon taxation won’t change how much or which vehicles people drive, but then endorses higher gasoline taxes to motivate those very changes. (For the record, we estimate the price-elasticity of gasoline to be negative -0.35, meaning that the price of gas has to rise by one-third to reduce usage by one-tenth.) He also contends that carbon taxes give builders no incentive to erect energy-efficient buildings, yet there is abundant evidence that buyers and tenants are willing to pay premiums for efficiency-certified properties (see here and here) — a preference that will only grow if energy prices rise.

[P]ursuing these measures directly offers a politically realistic path to significant environmental benefit. . . . To the extent that the carbon-pricing experiment lets policymakers and the public delude themselves that they are meaningfully addressing global warming, it’s not just ineffectual; it’s counterproductive.

There’s a double standard here, however. The regulations and subsidies that U.S. environmental and climate advocates have won over the years have a mixed record. Production-tax credits and renewable portfolio standards helped jump-start the meteoric rise in wind and solar, but those gains, while impressive, accounted for a mere one-fifth of the 25 percent drop in carbon emissions from U.S. power generation since 2005 (energy efficiency and the rise in fracked gas each accounted for two-fifths). In transportation, cheap gasoline is a key reason that U.S. drivers are burning more gasoline now than a dozen years ago.

Moreover, directing massive subsidies to carbon capture and sequestration — another remedy Ball endorses — doesn’t look much more politically realistic than serious carbon pricing. And as a general proposition, subsidizing alternatives to carbon-burning fuels is at best only half as effective at cutting emissions as raising the prices of those fuels, as CTC demonstrated in its groundbreaking comments to the Senate Finance Committee four years ago.

If arresting global warming were politically easy, we would have done it already. But it’s not, and discounting perhaps the most potent arrow in our quiver when every other alternative is far more limited in scope doesn’t make much sense. Addressing the climate crisis is hard work; we might as well expend that effort on a policy that could actually do the job.