Getting the politics to align for a carbon tax requires the right blend of honey and vinegar. For years, advocates’ and opponents’ attention alike has focused on the vinegar – the tax part. Lately, though, we’ve noticed growing interest about how to best spread the honey — the potentially huge revenues a carbon tax would generate. Here’s a primer on the options: what they are, how they would work, their merits and drawbacks, and who’s pushing them hardest.

Setting the initial tax rate at $15/T CO2 and increasing it by that amount each year (reflecting the maximum carbon tax rate and ramp-up of Rep. Larson’s bill) we estimate that the Treasury would take in approximately $80 billion in revenue in the first year. (This calculation uses the Carbon Tax Center’s spreadsheet model.) This amount would rise each year, though at slightly less than a linear rate as carbon reductions kicked in, reaching around $600 billion by the tenth year. 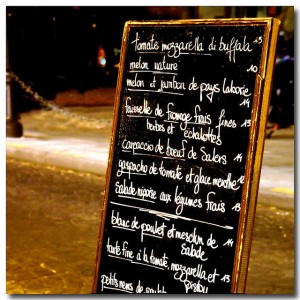 The allure of carbon tax revenue also offers a growing incentive for other nations to match a U.S. carbon tax in order to avoid WTO-sanctioned border tax adjustments, capturing the revenue themselves. Indeed, Brookings economist Adele Morris calls a carbon tax a “two-fer” because along with a growing revenue stream would come substantial CO2 emissions reductions. For the U.S., based on historic price-elasticities, CTC’s model projects a 30% reduction in climate-damaging CO2 emissions by the tenth year, compared to 2005 levels.

Six hundred billion (again, that’s the projected take in the tenth year from an ambitious carbon tax) is a lot of revenue, equivalent to around a quarter of federal tax receipts. As Ian Parry and Roberton Williams recently explained in “Moving U.S. Climate Policy Forward: Are Carbon Taxes the Only Good Alternative?” (Resources for the Future), the efficiency advantages of a carbon tax depend on using the revenue wisely. Not surprisingly, there are loads of claimants. Here’s a guide to the most prominent ones, sequenced more or less from the political left to right:

a) “Dividend.” Climate scientist James Hansen contends that to support a steadily-rising CO2 price, the public needs to see the money — every month. He calls his proposal “fee & dividend.” Senators Cantwell (D-WA) and Collins (R-ME) introduced the “CLEAR” bill which uses “price discovery” via a cap to set its carbon tax which would begin at a price between $7 and $21/T CO2, increasing 5.5% each year. CLEAR would return 75% of revenue via direct “dividends” and dedicate the remaining 25% to a fund for transition assistance and reduction of non-CO2 emissions. Rep. Chris Van Hollen (D-MD) also introduced a cap & dividend bill in the Ways & Means Committee. It relies on a cap to set the CO2 price indirectly, aiming for 85% reductions (over 2005 levels) by 2050.  Because of its similar emissions trajectory, we’d expect Van Hollen’s bill to generate similar revenue to Rep. Larson’s bill: roughly $80 billion in the first year, rising to about $600 billion within a decade. Both the CLEAR bill and the Van Hollen bill bear the intellectual and organizing stamp of social entrepreneur Peter Barnes, who founded “Cap & Dividend,” and Peter’s allies including the Chesapeake Climate Action Network.

b) Payroll tax rebate. Rep. John Larson’s “America’s Energy Security Trust Fund Act” pairs a carbon tax with rebates of payroll taxes on earnings. As articulated by Tufts University economist Gilbert Metcalf (now serving at the Treasury Department’s energy office), Larson’s proposal has the appeal of broad fairness. It would distribute revenue very evenly across both income and regions. Because Rep. Larson’s approach rebates payroll taxes via a credit on federal income taxes — it would rebate the payroll tax on the first $3600 of income in the first year, with that threshold and rising over time — it avoids tangling with the Social Security Trust fund.

Economist and former Undersecretary of Commerce Rob Shapiro supports the approach of a payroll tax rebate, arguing that cutting payroll taxes could spur job growth. Social entrepreneur Bill Drayton, founder of “Get America Working,” is also a strong advocate of using carbon revenue to cut payroll taxes in order to stimulate employment while reducing emissions. Al Gore captured the idea with the phrase, “tax what we burn, not what we earn.” Former Rep. Bob Inglis (R-SC) introduced the “raise wages, cut carbon” bill co-sponsored by Rep. Jeff Flake (R-Az). Conservative economists Greg Mankiw and Douglas Holtz-Eakin, both of whom have advised Republican presidents and candidates, have also supported shifting tax burdens from payrolls to carbon emitters. And the Progressive Democrats of America endorsed the Larson bill.

c) Deficit reduction. Brookings economists including Ted Gayer and Adele Morris have been pointing out the potential for climate policy to reduce deficits. While deficit reduction isn’t revenue return in the immediate sense that Dr. Hansen suggests, Morris points out that deficit reduction will benefit future taxpayers by paying down at least part of the nation’s debt, rather than letting it continue accumulating interest. In this way, she suggests, the impulse to help future generations via foresighted climate policy would have a natural fiscal correlative of reducing future tax burdens.

Supporters of applying carbon tax revenues to deficit reduction include MIT’s Michael Greenstone (chair of the Brookings Hamilton Project on climate and energy policy) and Alice Rivlin, founding director of the Congressional Budget Office, who co-chaired the Bipartisan Policy Institute’s alternative to the Obama deficit commission. Prof. Metcalf proposed a carbon tax to the commission, with revenue return as “transition assistance” in the early years, shifting to deficit reduction in later years. As Irwin Stelzer of the conservative Hudson Institute recently pointed out, when the options to close budget gaps sift down to unpopular alternatives such as a value added tax (regressive and annoying, as EU residents will attest) or curbing home mortgage deductions, a carbon tax may emerge with greater appeal. While Keynesians argue that the present weak economy militates against any net increase in taxes, a phased-in allocation of carbon tax revenues to deficit reduction such as Prof. Metcalf proposes may circumvent that objection.

d) Income tax cuts. Greg Mankiw has suggested cutting income taxes as an alternative to payroll tax cuts to return carbon tax revenues; those Form 1040’s could include a carbon rebate drawn from those revenues for every taxpayer. Revenue could be returned via a lump sum credit (which would be income-progressive) or by reducing income tax rates (arguably more stimulative of income-earning activity).

e) Corporate income tax (CIT) rate cut. At a recent AEI event “Whither the Carbon Tax,” AEI economist Kevin Hassett argued for a carbon tax paired with a reduction in the corporate income tax rate. The Wyden-Coates tax reform bill proposes to reduce top CIT rates and make up the revenue by closing numerous exemptions, indicating interest on the Hill. Adherents of CIT rate cuts point to IMF studies saying that U.S. CIT rates are among the world’s highest, asserting that these taxes are especially stifling of business activity and employment. Hassett and his AEI collegue Aparna Mathur argue that CIT’s are passed through as higher prices for consumers and passed back to the factors of production: labor (in the form of reduced wages) and capital (in the form of reduced corporate earnings). They estimate that using carbon tax revenue to cut the effective CIT rate would result in return of about 40% of revenue to wage-earners, which they assert would give the CIT to carbon tax shift a net progressive effect. Their conclusion may be a stretch, given that real wages have remained stagnant or fallen for decades while corporate profits are rising briskly, but a CIT cut has strong salience for conservatives and business leaders.

f) The sampler platter. The options listed above can be mixed and matched. In fact, British Columbia’s carbon tax (which started at $10/t CO2 in 2008 and rises $5/t each year — it notches up to $25 per metric ton on July 1) launched with a distribution of a $100 direct “dividend” to each taxpayer even before the carbon tax was levied, and is now returning revenue via cuts in payroll, income and corporate tax rates. Former BC Premier Gordon Campbell was re-elected to a third term in 2009 after enacting the carbon tax with this mix of revenue return measures, perhaps indicating that a diverse approach to revenue return can have broad and sustained appeal.

Each of the revenue options has important economic and political advantages as well as disadvantages. At the June 1 AEI event, Kevin Hassett decried Senator Cantwell’s direct “dividend” as “terrible policy” because it foregoes the efficiency advantage of using carbon tax revenue to reduce or possibly eliminate other taxes that dampen economic activity. In 2007 Hassett and his AEI colleague Ken Green published an essay aguing for a carbon tax shift as a “no regrets” policy for conservatives, because its tax reform benefits would make it worthwhile even without climate benefits. They pointed to the work of Stanford’s Lawrence Goulder who concludes that the benefit of reducing other distortionary taxes can be large enough to offset some or all of the dampening effect of adding a carbon tax, a phenomenon known as a “double dividend.”

Still, the potential political attractiveness of direct distribution of revenue can hardly be overstated. Dr. Hansen is no politician and doesn’t claim to be an economist, but he sticks to the “dividend” or “green check” while noting that because of its clear and briskly rising price, Rep. Larson’s approach is nevertheless the best climate option on the table. Rep. Van Hollen, outgoing chair of the Democratic Congressional Campaign Committee, certainly knows a thing or two about politics, and Senator Cantwell very effectively made the case for her “cap & dividend” approach last month at Brookings. But even she seems to be looking at other items on the revenue return menu. For the first time, she suggested appropriating some carbon revenue for deficit reduction, confirming that as high summer arrives in Washington, fiscal matters remain the topic for this Congress.