Neither “climate” nor “global warming” made it into President Obama’s State of the Union address, but energy policy was front and center. Obama called for a “Clean Electricity Standard” for utilities. So, what’s a CES, and what would it mean for climate? 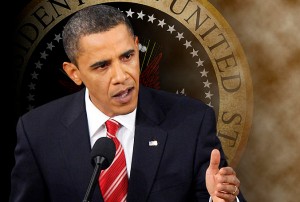 The CES concept derives from state “Renewable Energy Standards” that require electric utilities to commit to supply a specified fraction of their power from a menu of renewable sources, including wind, solar, geothermal and hydro, along with “nega-watts” gained by retrofitting homes and businesses. Most RES’s also include less “pure green” elements like biofuels, however.

State RES programs appear to have helped renewables gain a foothold on some U.S. grids, though the levels are nowhere near the 19% combined share that wind and solar generation attained in Spain last year. In June 2009, the Senate Energy and Natural Resources Committee approved a bipartisan bill that would have set a national renewable standard rising to 15% by 2021. Environmental groups criticized its weak standard and its provision to increase drilling off the Florida coast. Despite pleas by committee chairman Jeff Bingaman (D-NM), the RES bill never reached the Senate floor.

A White House “fact sheet” released just after Tuesday’s address sketches Obama’s CES. It’s effectively an RES with a watered-down menu that adds nuclear, “clean coal” and natural gas to the options for utilities. The fact sheet doesn’t provide details, but CES isn’t a new concept. Sen. Lindsey Graham circulated a draft CES bill last January that reads like a tamer version of cap-and-trade for the utility sector. Instead of cap-and-trade’s pollution “allowances,” CES’s currency is clean electricity credits. Instead of providing a foothold for renewables as an RES would do, the CES framework would put renewables into competition with (already subsidized) nuclear, (thermodynamically-challenged) “clean coal” (a.k.a. carbon capture and sequestration) and natural gas. It effect, it’s a menu without prices.

Let’s look at the new fuels and technologies that Obama’s CES would add to the RES menu:

Nuclear: Aside from well-documented impacts from uranium mining, reactor accidents, weapons proliferation and radioactive waste, nukes have been handed vast subsidies and allowed to operate by special rules for a half a century. Why should fledgling (and genuinely clean) renewables be made to compete against a favored technology that has never been taken off federal life support?

Clean Coal: It’s a fairy tale. And not just because most coal can’t be mined without leaving a toxic mess or because of the conventional pollutants released by burning coal. “Capturing” CO2, if it can even be done, will require vast amounts of energy, which means mining and burning even more coal for the same desired net output. The thermodynamic minimum to capture CO2 from a coal-fired power plant appears to be a quarter to a third of the energy output. Not surprisingly, carbon capture and sequestration on a commercial scale doesn’t exist anywhere, and its development in the U.S. is overwhelmingly funded by tax dollars — which should tell us something about its viability. While Obama hasn’t spelled out what would qualifiy as “clean” coal, Sen. Graham’s CES proposal set a low standard: coal-fired power plants capturing just 65% of CO2 qualify. 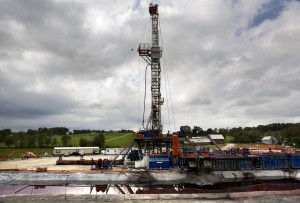 Natural Gas: For decades, this fuel has been looked to as a “transition fuel” from dirtier coal and petroleum — a view that continues today, but which overlooks a few inconvenient truths. Natural gas is methane (CH4), each molecule of which in the atmosphere traps Earth’s heat 72 times as effectively as a molecule of carbon dioxide. Even adjusting for methane’s shorter residence time in the atmosphere, both the IPCC and the U.S. government put the relative 100-year GHG impact of a molecule of methane released to the atmosphere at 25 times that of CO2. While the point is to burn gas as fuel, not release it, gas distribution systems are vast and they leak, with the average U.S. leak rate estimated to be 1.4% or more, a rate that cancels out much of natural gas’s apparent climate advantage over coal. And as many residents of Pennsylvania and New York are learning, the process of extracting gas (“hydrofracking”) from the Marcellus Shale formation underneath their homes and communities can irreparably contaminate ground and surface water.

There’s a larger point to be made here as well. Utility investment in nukes, gas-fired power plants or CCS for coal expands the array of sunk costs that tilts the market toward incumbent fuels and technologies and away from true zero-carbon sources like wind and solar. And of course, the supply of gas isn’t exactly unlimited, even with hydrofracking and Alaska gas pipelines. There are other claims on natural gas as well, such as replacing imported (and higher carbon) oil for fuel in vehicles, as T. Boone Pickens has suggested.

In contrast, a carbon tax, as proposed by Rep. John Larson (D-CT) and former Rep. Bob Inglis (R-SC), would put climate costs on utilities’ energy menu and ensure that their choices reflect those costs. In proportion to their carbon content per unit of energy, coal would be taxed more heavily than oil which would be taxed more than gas, while true renewables like wind and solar would pay no carbon tax and nuclear taxed only indirectly, and modestly, through its fuel cycle. A carbon tax would provide truth in pricing to biofuels, too; the price of ethanol, for example, would reflect its fossil fuel inputs — gas for fertilizer and distillation. A steadily-rising carbon tax would allow utilities to predict an expected rate of return for renewable generation facilities, thus reducing the risk of those investments. While it’s true that a CES would take away some of dirty coal’s price advantage, it wouldn’t spur a steady stream of investment in renewables since they would have to compete against nukes, gas and so-called “clean coal.”

Does Obama’s CES have political legs? Senator Lisa Murkowski, ranking Republican on the Senate Energy and Natural Resources Committee quipped after the State of the Union that “the devil is in the details.” She’s likely to scrutinize how much CES might boost the market for Alaskan gas that would be delivered to the Lower 48 by the Denali and Trans-Canada pipelines. And Sen. Graham surely wants a big slice for nukes. And corn belt Senators will want to further subsidize distilling corn (grown with fertilizer made from natural gas) into ethanol… Whether renewables can eke out anything in that crowd will depend very much on details such as how the “clean energy credits” are allocated. But it’s guaranteed to be far less than the boost to renewables from a straight carbon tax.