Kerry-Lieberman “climate” bill is worse than nothing

“Is this the Climate Treaty You Came For?” George Monbiot asked hundreds of activists at the Copenhagen Klimaforum last December. Monbiot, a prolific reporter for The Guardian (U.K.) on climate, and author of Heat, offered this reply: “The UN isn’t even asking the right questions yet.” Green energy is still trying to “out-subsidize” dirty energy. “The Kyoto agreement isn’t curbing demand for fossil fuels.” 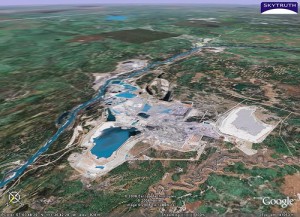 As one example, Monbiot pointed to tar sands mining wrecking boreal forests in Canada, a nation ostensibly “capped” by Kyoto. Monbiot agreed that unlike subsidies and “caps,” a revenue-neutral carbon tax would effectively curb demand while creating broad incentives for efficiency and increased supply of low-carbon energy.

Yesterday, the climate advocacy group 1 Sky held a conference call with Sierra Club’s climate and energy lobbyist David Hamilton. David pondered an updated version of Monbiot’s query: “Is the cap in the Kerry-Lieberman American Power Act worth the cost” in terms of subsidies for dirty energy and huge compromises including more offshore drilling. Hamilton called this a “cosmically difficult question.”

First and foremost, in dollars, Kerry-Lieberman is overwhelmingly a dirty energy subsidy bill with crumbs tossed to “green” energy. More money (loan guarantee, tax breaks, insurance subsidies) for nukes, “clean coal,” oil companies, and highways. As documented by Earth Track and Taxpayers For Common Sense, K-L’s “buy everyone off” approach means inducing more demand for energy, which in turn means driving drilling anywhere and everywhere, blowing up more Appalachian mountaintops, and maintaining and extending America’s military presence around the world:  An addict’s frenzy for yet another “fix” of cheap fossil fuels.

For the utility sector, K-L relies on a “cap” with trading and offsets, ceding to traders (i.e. Wall St.) the authority to set carbon prices. In the transportation fuel sector, K-L at least uses a more direct approach of selling allowances at a price established by the utility permit auctions, thus limiting somewhat the problems from trading. (Oil companies don’t like volatility, either.) Yet nowhere does the bill set the clear, briskly-rising price on CO2 pollution essential to create incentives for efficiency and low-carbon energy development across the economy. 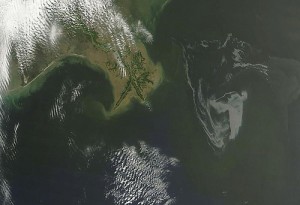 K-L gives offshore drilling the green light. While K-L purports to let states “veto” drilling in previously-protected waters up to 75 miles off their coasts, it offers them a whopping 37.5% share of revenues generated by offshore oil and gas activity — no strings attached. How many cash-strapped states will resist cries to “drill, baby, drill” in coastal and marine areas already under stress from pollution, over fishing, ocean acidification and warming? And this virtual “bribe” to drill will run afoul of long-standing domestic and international maritime law holding that coastal waters (and revenue from leasing) belong to the entire nation, not just the adjacent state.

K-L continues the pretense that coal can be made “clean” through thermodynamically-challenged “carbon capture and sequestration” by throwing an additional $2 billion/yr on top of the $2.4 billion in the 2009 stimulus package. CCS is a speculative technology that (if viable at all) will require burning at least 30% more coal per unit of net output to power the process of “capture” and “sequestration” of CO2 and building an additional facility roughly equal in size and cost to every coal-fired power plant. Plus, a huge new network of pipelines. Then there’s the problem of finding the underground capacity for permanently storing a few billion tons more CO2 every year… from now on.

K-L’s vaunted “cap” is a joke. A “cap” that adds 2 billion tons of offsets on top of an economy that generated 5.4 billion tons of CO2 last year means that even if the cap tightens a few percent each year, polluters will be able to buy (cheap) offsets instead of making reductions for the next two decades. By design (K-L calls it “cost containment”), CO2 prices will be set in the offset market, not by supply constraints of the “cap.” Charles K. Ebinger, Director of the Energy Security Initiative at the – Brookings Institution critiqued the bill forcefully:

“If we are trying to reduce carbon emissions in the U.S., let’s do it. Otherwise we simply are exporting capital and jobs [via offsets]. The [K-L] bill’s price on carbon is unlikely to be high enough to generate any real movement away from fossil fuels. Furthermore, the provisions… for trading in carbon are too complex and as written could allow gaming of the system. Energy security and climate change are issues of the most urgent national significance. We should not pretend that we can do it on the cheap with no pain, at no cost, and with no sacrifice for the greater national good.”

In short, as climate scientist Jim Hansen articulated on Earth Day, we will not address climate and energy security without raising the price of cheap, dirty energy. And if we’re serious about a meaningful and effective price, we must return revenue to U.S. workers and families.

Senator Kerry has been boasting about returning revenue, apparently in response to Senator Cantwell’s “CLEAR” bill that proposes returning 75% of revenue to citizens. But K-L’s revenue return has barely budged from that in the Waxman-Markey bill. K-L would return about half of revenue generated by allowance auctions in the utility sector (about 40% of CO2 emissions) through local distribution companies. In states with aggressive public utility commissions, consumers would see some reduction in the fixed charges on electric bills. But in poorly regulated states, which include many in the South, revenue return will be a big windfall for utilities. And since a majority of electricity usage is commercial or industrial, that leaves only a minority of the returned revenue for households. Bottom line: K-L returns only a small fraction of CLEAR’s 75% revenue return.

Still, the Big Green groups and their allies in the US Climate Action Partnership insist that K-L is “better than nothing.” And “we have to do something about climate now.” In exchange for an energy-giveaway bill masquerading as a climate bill, they’re in effect lobbying for dirty energy subsidies and for undercutting much of EPA’s authority to regulate greenhouse gases — an authority that these same groups once vigorously defended, and which was recently upheld by the Supreme Court.

Cap-and-trade simply cannot achieve emissions reductions large enough to avoid climate catastrophe. The price signal is too murky to trigger the needed shifts to clean energy, and the revenue return is too meager to cover the needed price rises. Nor can it lead to an international price on CO2 pollution supported by trade agreements. Big Green’s insistence that “we have to pass Kerry-Lieberman or we won’t have any climate program” is specious, therefore, insofar as K-L itself is no more a climate program than was any other energy-giveaway bill in recent decades. We still need a carbon fee that returns all or nearly all revenues to citizens to gain and keep broad bipartisan and public support. Passing K-L will only make this difficult task harder by entrenching traders, offset purveyors and recipients of the bill’s dirty energy subsidies.