The Three Newest Flaws in Cap-and-Trade

The Boxer-Kerry bill is expected to be modeled after the Waxman-Markey bill that squeaked through the House in June. This means it will employ the cap-and-trade architecture that underpinned the 1997 Kyoto Accords and has been the cornerstone of the U.S. Big Green lobby’s legislative offensive on climate ever since.

Cap-and-trade has been attacked on many grounds: lack of a clear price signal, inherent complexity, and necessary reliance on trading mechanisms that would unleash a pandora’s box of financial machinations that could destabilize global finance. Of late, three new objections have surfaced against cap-and-trade as an “architecture” for reducing greenhouse gases. Each is worth considering as the Senate begins tackling climate legislation in earnest. 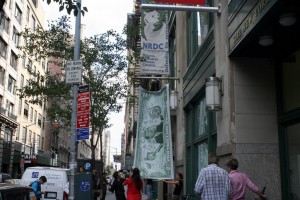 The first concerns what has heretofore been billed as cap-and-trade’s greatest virtue: its foundation on a quantified emission target, i.e., a “cap.” Alas, the nature of a cap is to be fixed, and therefore not adaptable to changing circumstances — including, now, the sudden drop in U.S. emissions.

As everyone knows, the Great Recession has shrunk economic activity in the United States. And fossil fuel burning and CO2 emissions have been shrinking particularly fast. Consider just one sector, albeit a key one: coal-fired electric power generation.

Until very recently, coal-fired power plants were responsible for almost a third of all U.S. emissions of carbon dioxide. This year, however, the bottom has fallen out.

First-half 2009 figures released last week by the Energy Information Administration show an almost 13% drop in electricity generation from coal and an attendant 11% drop in the physical tonnage of coal burned to make power vis-à-vis the first half of 2008, as coal has absorbed the entire unprecedented 5% drop in overall electricity production. By my calculations, this six-month drop in coal burning alone has already translated to 106 million fewer metric tons of carbon dioxide, singlehandedly reducing total annual U.S. emissions by almost 2%. If continued through December, the 2009 decline in coal burning would cut U.S. emissions by 3% from 2005 levels, thereby achieving, in one sector, almost a fifth of the Waxman-Markey target of reducing 2020 emissions by 17%,

Yes, emissions will eventually “rebound” as economic recovery takes hold. But not all of the lost output will be made up. Moreover, some observers, The Earth Policy Institute’s Lester Brown among them, believe that much of the sudden drop in coal-fired and other emissions is due to emerging structural factors such as fuel-efficiency standards, the liftoff in renewable energy, and more widespread awareness of the perils of oil dependence. These developments too are cutting the Waxman-Markey 17% target down to size. While in theory this “stature gap” could be restored by writing a tougher target into the Senate bill, in practice it’s unlikely the bar will be raised this fall, or ever. If so, the vaunted “emissions certainty” in cap-and-trade will lock in a hollow achievement.

The second new flaw, variously referred to as the “voluntary reductions conundrum” or the “virtue dilemma,” concerns the prospect that under a cap-and-trade regime, any “extra” steps to reduce CO2 emissions stand to be canceled out by corresponding increases in emissions that the cap enables somewhere else. In effect, any action to, say, ride a bike instead of driving (or, on a larger scale, to create a bicycling infrastructure that can replace thousands of car trips), or to permit a wind-turbine farm whose output allows the grid to cut back on fossil-fuel generation, ends up creating “room” under the cap that lets other parties increase driving or coal-burning and emit the “saved” emissions.

The mechanism for this perverse consequence of a carbon cap would be a decrement in the auction price of allowances due to the increment in bicycling or wind output, encouraging a corresponding increment in driving or fossil-fuel power generation elsewhere within the capped entity. In effect, the celebrated cap in cap-and-trade dictates an emissions equilibrium that, in turn, vitiates any given decarbonizing measure which, absent the cap, would have reduced emissions.

The implication is troubling, to say the least. No more could one promote a proposed renewable-energy or energy-efficiency project as a climate-saver, if its fossil-fuel-saving virtue will be offset by an equal helping of fossil-fuel vice somewhere else. At the same time, a dirty-energy project (or failure to implement a clean one) could be justified on the grounds that the resulting propping up of allowance prices will enable other low-carbon investments or behaviors to come into being and pick up the slack. The idea that “the cap will provide” turns out, it seems, to be a two-edged sword.

The third and last cap-and-trade flaw attracting notice concerns transnational fungibility. Shorn of its recondite name, it denotes the difficulty if not impossibility of establishing a normative quantity-reduction target for greenhouse gases. In a nutshell, if the U.S. were to establish an emissions reduction goal of 17%, or any other number, for 2020 or any other future year, by what criterion should that target be deemed appropriate for any other country? After all, the United States emits twice as much CO2 per capita as comparably wealthy countries in Europe, and, of course, 5 to 20 times as much per person as China, India, Brazil, et al. (And this comparison doesn’t reflect the even greater disparities in historical or aggregate emissions.)

Needless to say, this problem of fungibility, or its lack, doesn’t apply to a carbon tax. A U.S. carbon tax of so many dollars per ton of CO2 might or might not be the “optimal” level, but it would at least translate fairly and equally across borders, disadvantaging manufacturers in every nation more or less equally. Moreover, as Elaine Kamarck has pointed out, many countries lack the administrative capacity to manage a cap-and-trade system, whereas most governments can at least collect taxes.

Nor would a carbon tax be beset by flaws #1 or #2. The impacts of a carbon tax on U.S. investment decisions, infrastructure provisions and personal behaviors will be relatively unaffected by aggregate contractions in emissions. Moreover, unlike cap-and-trade, a carbon tax won’t undercut virtue but will reinforce it, since each and every elimination of emissions will be rewarded by a corresponding reduction in the tax.

At this point, cap-and-trade seems to have little going for it other than institutional inertia. Let us hope that all of its drawbacks are closely and fairly scrutinized in the Senate debate now set to begin.