A visitor to this site asked, “Do you have analysis saying at what price on carbon the economic dispatch charge for coal will equal and exceed that of other electricity- generation sources such as wind?” Here’s our reply, co-written with our Washington, DC rep, James Handley.

The carbon price level for breakeven isn’t one number, but a continuum.

Start with the demand side: with just a modest carbon emissions price, many steps to improve energy efficiency become more attractive. But the more costly ones obviously require a higher expected price.

Consider driving. There are an almost infinite number of ways for individuals to burn less gasoline. They range from buying a less-gas-guzzling car (which itself occupies a continuum: miles-per-gallon varies across the spectrum of available autos, and drivers can accelerate scrapping their current car for a more-efficient one), to driving less consumptively, driving less (by taking transit, walking, cycling or carpooling), and simply traveling less (by taking fewer and/or shorter trips). 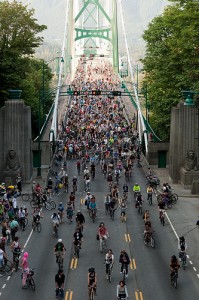 Gasoline use for driving is socially determined as well. Actual and expected gasoline prices strongly affect the choices available to us as individuals and how we relate to them. Decisions to forego discretionary trips — to the faraway mall, soccer game or social occasion — that can appear selfish or bizarre when gas costs a buck-fifty, become more socially acceptable when the pump price hits three dollars. Similarly, rising fuel prices help shift car manufacturers’ engineering and marketing decisions toward fuel conservation. Ditto for voters’ support of local and national governments’ funding of transit and so-called liveable streets.

There is no magic fuel or carbon price threshold at which these changes kick in (and below which, they don’t). This isn’t to deny tipping points. Indeed, we hinted at them just above. But fuel use is so varied and diffuse that there’s a spectrum for tipping points as well as for individual decisions. The carbon price that leads one car manufacturer to push fuel-efficiency to the fore will be different for its competitor, and similarly for transit providers, not to mention the cultural forces that bear so heavily on driving and other energy uses.

The same applies to the supply side, as illustrated by wind power. Wind farms at the choicest sites kick in at a fairly low carbon price. Indeed, the rapid rise of wind-powered generation — it accounted for 1.8% of U.S. electricity output in the first quarter of 2009 — attests to wind power’s steadily improving economics, although the federal Production Tax Credit, now 2.1 cents per kWh of wind output, obviously plays a critical role. According to the American Wind Energy Association, wind farms at high-wind sites are generating at 5 cents per kWh, just a bit above the average “all-in” cost of coal-fired power. On the other hand, falling prices of natural gas recently prompted T. Boone Pickens to delay his highly touted plan to build giant wind farms in Texas.

The point is that wind farms’ generation costs traverse a very broad range. Equally important, so do the costs of the existing coal-fired generators that the wind plants are intended to displace. Rather than operating at a single average cost, the U.S. coal plant fleet generates at a wide range of costs depending on plant efficiency, age, fuel supply and even the hour-to-hour loading level on the individual plant.

Accordingly, we should visualize wind’s capacity (and, solar plants’ as well) to displace coal- and gas-fired generation, not as one “bar” on a graph straining to inch out another, but as a series of curves that will cross and re-cross at thousands of points. The higher the carbon price, the more points at which the renewable sources will undercut the traditional fossil-fuel sources.

Finally, the same will also apply to carbon capture and sequestration. Should it ever prove technically feasible on the large scale required, the costs of CCS will not be one number but a range, due to the influence of site- and process-specific costs.

The takeaway: there’s no market-clearing carbon emissions price to usher in some “breakthrough” and kick fossil fuels into history’s dustbin. A steadily— and predictably — rising price on carbon will do the trick. (To see how far and fast, download our Carbon Tax Impact Model and plug in your own carbon price.)