A Tale of Two Elections

The presidential campaign that culminated in Barack Obama’s historic win wasn’t the only national election in North America this fall. James Handley reports.

After building his campaign around a “Green Shift,” a revenue-neutral carbon tax that he promised would return “every penny” to taxpayers, the leader of Canada’s centrist Liberal Party, Stephane Dion, took a pounding from both left and right in the Oct. 14 election. Conservatives spun the Green Shift as “a tax on everything,” while the leftist New Democrats branded it as body blow to the poor, ignoring that their own cap-and-trade plan would squeeze families with higher fuel prices without the Green Shift’s offsetting tax reductions. 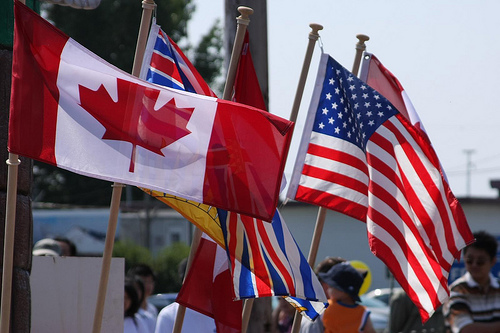 Though Dion and the Liberals carried enough other baggage to lose most elections, the carbon tax is being tagged as a factor in the Liberals’ loss of 26% of their seats, almost entirely to the Conservatives. Yet when McAllister Opinion Research asked nearly 2,000 Canadians what they thought of a tax shift that involved "cutting income taxes and increasing taxes on pollution," two-thirds said they thought it was a good idea. And a ten-point open letter issued by 230 leading Canadian economists and 120 prominent scientists incorporated key elements of the Green Shift. Clearly, a different message, or messenger, or both, was needed to create a political victory for a Canadian carbon tax.

Distrust of government: Taxpayers don’t believe that income tax reductions will compensate for their carbon tax increases. Indeed, their skepticism may have been well-founded in this case, with Dion’s tax shifts adding up to a good deal less than 100%, according to at least one post-mortem.

Disbelief in “price elasticity”: Many citizens don’t believe that higher energy prices lead to less usage. So the premise of pollution taxes, that they create across-the-board incentives to reduce emissions, doesn’t make sense to them.

The Asymmetry of Losses and Gains: People are more averse to possible losses than they are attracted by possible gains. The $10 you stand to lose count more to you than the $10 you stand to gain. As a consequence, the carbon tax looms much larger in voters’ minds than the offsetting tax reductions.

Durning concludes that Canada’s election represents a “shrug” — the “Green Shift” just wasn’t understood. It isn’t “likely to attract a swarm of enterprising leaders to carbon tax shifting as a way to kickstart political careers. But it won’t completely scare them off, either.”

South of the border, and three weeks later, after a campaign that offered little specific discussion of climate policy, Barack Obama won the White House with a majority of the popular vote and a 2-to-1 margin in the Electoral College. Obama’s election-night speech didn’t mince words on the climate crisis, calling out “a planet in peril,” along with two wars and the worst financial crisis in a century, as the challenges facing Americans. Evidently, Obama was wise to steer clear of climate policy specifics during his campaign. Maybe, as pollsters and advisors suggested to Dion, the best time to propose a carbon tax shift is after an election. Yale economist Robert Shiller observed recently, “Candidates cannot try interesting and controversial new ideas during a campaign whose main purpose is to establish that the candidate has the stature to be president."

Economists are virtually unanimous that pricing carbon emissions is an essential first step toward a low-carbon economy; and their consensus that price-based policies like a carbon tax are much more effective than quantity-based proposals like cap-and trade is almost as strong. For some time now, leading scientists such as Canadian geneticist David Suzuki and NASA climatologist Dr.James Hansen in the U.S. have been warning of tipping points that will trigger global climate catastrophe, and urging nations to adopt carbon taxes as the most immediate and effective policy tool available to change direction. Hansen urges, simply, “tax polluters, pay people.”

The Carbon Tax Center is organizing a Capitol Hill briefing on the morning of Dec. 9 that will feature Dr. Hansen and economists Gilbert Metcalf and Robert Shapiro. (Details will be posted here shortly.) The briefing will also offer insights to U.S. policymakers on using the experience in Canada to frame and sell a carbon tax here.

The economy will be the Obama administration’s first priority. Not only is a gradually-increasing carbon tax on coal, oil and gas producers and importers the most effective medicine for a fevered “planet in peril.” In addition, direct distribution of all the revenue to individuals would provide “stimulus checks” where they’re needed most. Alternatively, a carbon tax “shift” offers “a double dividend” by reducing greenhouse gas emissions and improving the overall efficiency of the economy by reducing taxes that discourage employment.

Either way, the time for effective and economically-stimulative climate measures is now.