The CSA (co-sponsored by Boxer with Senators Lieberman & Warner) is a cap-and-trade bill mandating government-issued permits for every source that emits carbon dioxide into the atmosphere. The number of permits would shrink gradually, thus forcing down emissions. But who gets the trillions in revenues from the government’s auctions of the permits? 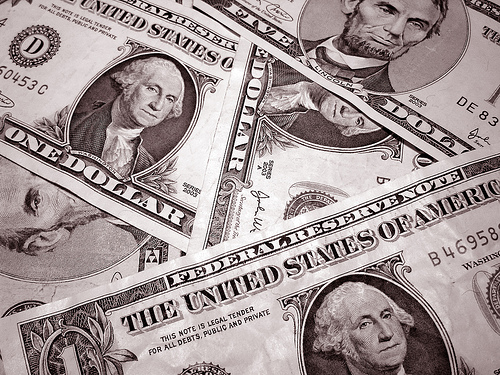 Opponents of the giveaway have been gathering strength for months and demanding auctioning 100% of the permits. They include Friends of the Earth (“Fix or Ditch Lieberman-Warner”), presidential candidates Clinton and Obama, and a new group, Cap and Dividend, that wants auction revenues distributed to taxpayers as dividends. As the Congressional Budget Office suggested in a recent report  (summarized here), combining 100% permit auctioning with ironclad revenue recycling would go a long way to making cap-and-trade more effective and equitable. Indeed, these steps would eliminate two of the four major inefficiencies of cap-and-trade, bringing it much closer to a carbon tax with dividend. (The remaining two, uncontrolled price spikes and profiteering by traders, would be banished by a revenue-neutral carbon tax with dividend.)

But CSA isn’t revenue-neutral, it’s just deficit-neutral. Boxer’s Senate Environment and Public
Works Committee has a slew of ways to distribute hundreds of billions in permit revenues to special interests rather than returning it to individuals or using it to reduce other taxes.

In its present form, CSA’s giveaways include carbon capture and sequestration (which under the most optimistic scenario would ensure that electricity from coal costs more than wind power) and nuclear power (whose historical annual subsidies exceeded cumulative subsidies for wind until recently). And, of course, big bucks to help biofuels pursue their apocalyptic trifecta of increasing greenhouse gas emissions,
driving up food prices and leveling rainforests.

The alternative is obvious; making cap-and-trade revenue-neutral by distributing the auction revenues to taxpayers. An amendment to the Climate Security Act offered by Sen. Bob Corker (R-Tenn) would at least dispense some of the revenue via taxpayer dividends, thus offsetting some of the impacts of higher prices on households. Other amendments proposed by Corker would prohibit permit giveaways and also bar emitters from bypassing permit requirements by buying cheap offsets overseas, a practice that has been badly abused in the EU’s carbon cap-and-trade system.

So why are some Democrats calling Sen. Corker’s amendments “poison pills” that would prompt them to kill the legislation? Are Corker’s worthy changes to Boxer-Lieberman-Warner truly beyond the pale of our political
system? Or are both parties ideologically wedded to subsidies and hostile to returning carbon-pricing revenues to individuals?

At least, and at last, a global warming bill is to be debated on the Senate floor. Perhaps the best outcome would be for this deeply-flawed first attempt to die and make way for a real discussion of a carbon tax with dividend.