Rachael Sotos is a political theorist and adjunct professor with a background in philosophy, classics and environmental studies.

Climate Shock: The Economic Consequences of a Hotter Planet, is both a tidy summation of the state of the art in climate economics and a powerful call for action. For all the uncertainties and challenges, “the overall policy framework needed for addressing climate change is clear and has been for decades,” state co-authors Gernot Wagner and Martin L. Weitzman (p. 23). “Carbon dioxide is the problem. Pricing it properly is the solution.”(38) 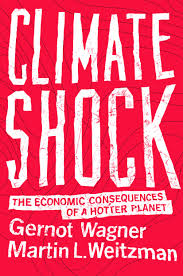 Wagner, a senior economist at the Environmental Defense Fund, and Weitzman, a celebrated economist at Harvard, are an intriguing blend of young and elder, and realist and idealist. They exhort economists and climate advocates to get past the “epic debates” between taxes and cap-and-trade and, while consensus builds toward carbon pricing, to engage in the work required for “second -, third-, and fourth-best solutions”(26): electricity grid reform, stronger CAFE standards, and strategic application of subsidies and U.S. EPA regulations. “At the very least,” they say, “these regulations could provide a real bargaining chip when it comes to U.S. Congress considering comprehensive climate policy and a direct price on carbon down the line.”(19).

Unfortunately, the bracing clarity of Climate Shock appears to have been lost on some reviewers. Earlier this month, NY Times columnist Joe Nocera misconstrued Wagner and Weitzman’s extensive discussion of geo-engineering as surrender to the political obstacles to carbon pricing. On Nocera’s reading, insofar as “a carbon tax on the worst emitters has gotten nowhere,” it’s time for Plan B: “chemo for the planet.” Au contraire, Wagner and Weitzman do not delve into geo-engineering scenarios like sulfates dispersal in lieu of ambitious policies to reduce emissions. Rather, they insist, “the specter of geo-engineering should be a clarion call for action. Decisive, and soon.”(29)

If Nocera reconfigured Wagner and Weitzman to suit his own techno-utopian ends, Yale Nobel economist Robert J. Shiller, also in the Times, willfully invested Climate Shock with libertarian designs. Directly contravening the thoughtful and informative discussion of social change presented in Climate Shock (and previously thematized in Wagner’s 2011 But Will the Planet Notice?), Shiller proposed idealistically-motivated incrementalism as a way around Kyoto’s failure “to impose strict taxes on carbon emissions.”

According to Shiller, Wagner and Weitzman “say that we should be asking people to save our climate by taking many small, individual actions.” Climate Shock actually says the opposite: “the numbers don’t add up. They’ll only begin to add up when environmentalists use their collective political powers to move the policy needle in the right direction, toward a price on carbon.”(40) (See also CTC director Charles Komanoff’s recent takedown of Shiller’s piece in regard to both facts and theory.)

Shiller’s misreading is doubly unfortunate because, as Wagner and Weitzman point out, the imperative to seriously engage policy must be directed toward average citizens, “those in the middle of the political spectrum,” as well as those already conversant with climate economics.(136) Certainly we should all do what we can to encourage virtuous cycles of ethical engagement and political participation – “Recycling well leads to better environmental policies, which allow for a more environmentally enlightened citizenry; a more enlightened citizenry, in turn, leads to more people recycling well.”(132) 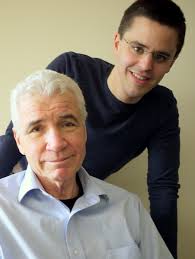 Indeed. But, as Wagner and Weitzman are right to remind: in a greenwashed world seemingly structured to distract and misinform the average person, the most virtuous deeds can dead end. In the practical economics of everyday life, single actions sometimes crowd out other forms of engagement: “when people substitute single, individual actions – like recycling – for larger policy actions – like voting.”(133) Pigovians from start to finish, Wagner and Weitzman are emphatic: “if you have to make a choice between recycling and voting for a price on carbon, choose voting.”(137)

Yet another review, this one by Yale economist William D. Nordhaus in the current New York Review of Books, is notable on several grounds, not least of which is Nordhaus’s outsized reputation as a pioneering climate economist and modeler. Respectful in tone, Nordhaus engages of Climate Shock’s discussions of geo-engineering, the economics of uncertainty and the pitfalls of negotiating climate treaties. Strangely, however, Nordhaus takes up Weitzman’s path-breaking analyses of catastrophic risk without acknowledging any critiques of his own perennially optimistic approach.
END_OF_DOCUMENT_TOKEN_TO_BE_REPLACED