The Democrats flipped the House all right, turning a 41-vote Republican margin into a 34-vote Democratic edge. Intra-party debate is already under way over how to make productive use of the next two years while the rest of the government remains in Republican hands. In the climate space, there’s a hot (though hardly new) progressive idea: a Green New Deal.

Last week, climate activists led by the Sunrise Movement took the idea to (literally) the halls of Congress, demonstrating outside the office of presumptive speaker Nancy Pelosi. They were joined by the newly elected and already iconic progressive star Alexandria Ocasio-Cortez, who has drafted an ambitious resolution calling for a Select House Committee on a Green New Deal.

The committee would be charged with developing:

a detailed national, industrial, economic mobilization plan . . . for the transition of the United States economy to become carbon neutral and to significantly draw down and capture greenhouse gases from the atmosphere and oceans and to promote economic and environmental justice and equality.

Pelosi, for her part, immediately announced her intention to reconstitute the Select Committee on Energy Independence and Global Warming, which she had created as speaker in 2007-2011. For the full context, we recommend two posts by Dave Roberts of Vox that bracketed the Capitol Hill protest. The day before, he discussed the Democrats’ prospects in a divided Congress. The day after, he reported on how the protest played out, including Ocasio-Cortez’s role. 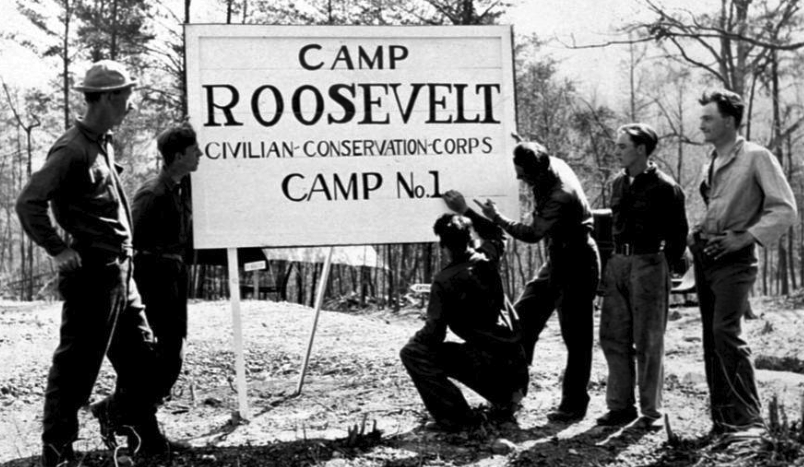 A Green New Deal workforce will be more urban, female and diverse than its honorable forebear.

The Green New Deal is still little more than a concept. The phrase has been a favorite of New York Times columnist Tom Friedman at least since 2007 and was part of presidential candidate Barack Obama’s platform in 2008. (Grist published a nice history last summer.) Needless to say, Friedman’s Green New Deal and Ocasio-Cortez’s Green New Deal aren’t close to the same thing. The devil will be in the many details to be worked out in that select committee.

Her proposal also includes a number of broader but arguably connected goals, including retraining, a job guarantee, a living wage, environmental justice, and greater economic equality.

There’s also a concurrent debate over strategy. The Democrats’ initial aim on climate has been to write the Clean Power Plan and rising CAFE standards — both under threat by the Trump Administration — into statutory form and force the Republican Senate (and/or Trump himself) to go on record opposing those popular measures. Sunrise and other progressive groups are demanding much more: development of a fleshed-out program to be enacted as soon as Democrats re-establish control of Congress and the White House.

What will a Green New Deal mean for a carbon tax? For one thing, any program to move U.S. society and economy quickly off fossil fuels will cost a lot of money; a carbon tax — which has climate benefits irrespective of how the revenue is used — is a logical source of funding. In particular, a robust carbon tax makes everything we want to do on climate easier — reducing the need for renewable subsidies, shortening the payback period for clean energy investments, etc.

Furthermore, as the most recent IPCC report explained, the planet’s back is now against the wall, and we need to do everything we can as fast as we can to limit the most damaging consequences of climate change. Clean-energy subsidies and efficiency standards by themselves won’t be sufficient. Leaving carbon pricing on the table would be a dereliction of duty.

Finally, U.S. action, necessary as it is, won’t be enough. A carbon tax, combined with border adjustments against countries without similar policies, can help move the entire globe in the right direction.

An important caution is that the right question needs to be asked when deciding how high a carbon tax should be. The question is not, How much money do we need?, but How much emissions reduction do we want to achieve through pricing? And for the sake of equity, a good portion of carbon tax revenues should be devoted to dividends or tax offsets that buffer households, and especially lower-income ones, against the impact of higher energy prices.

The new push for a Green New Deal represents a serious movement within which a carbon tax can and should play a key role. Nothing will happen as long as Republicans sit atop most of the federal government, of course. But the Green New Deal offers the kind of ambitious platform that carbon tax advocates have been calling for all along.