Inspiring scenes from the March for Science, NYC 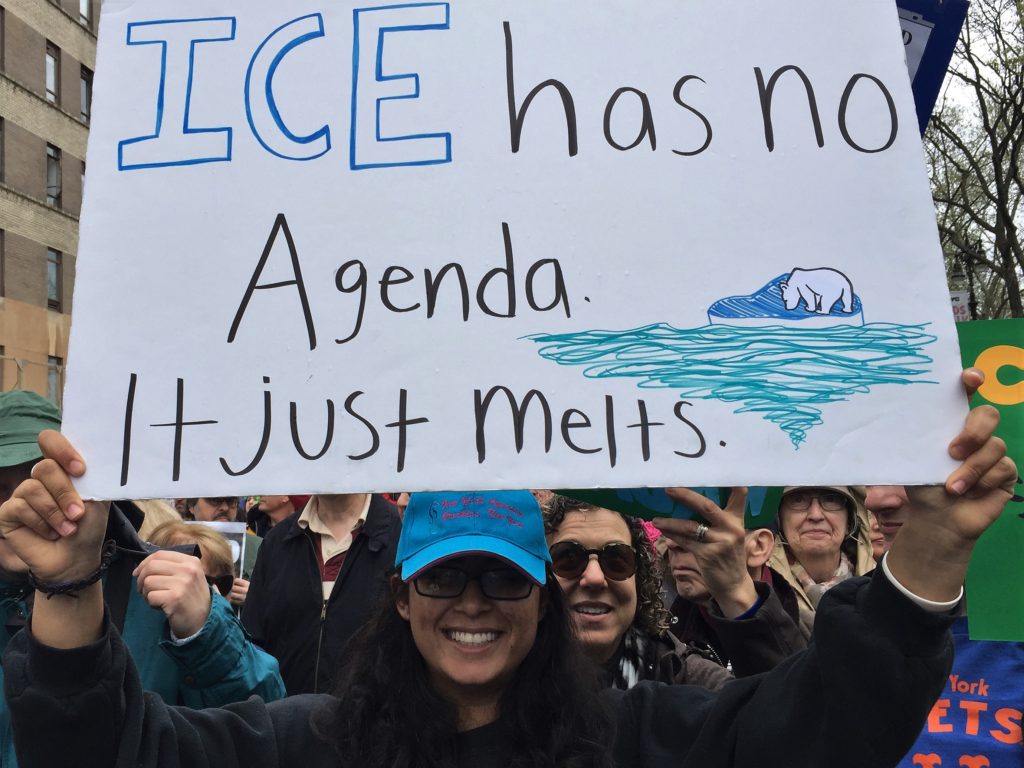 21 years old and already a scientist. Not to mention, activist.

Why do we march? To make a statement, to influence news coverage, to affect policy and politics — of course. But also to inspire each other; to build community, to find one another.

I joined the NYC March for Science today for a couple of hours. Time will tell if we made the news or if only the main march in DC got covered. But I sure found myself inspired by the people I encountered.

Hey, let’s see who’s that older man in the lab coat and a Tufts cap? Daniel Wellner, professor of biochemistry at Weill Cornell Medical Center on Manhattan’s east side. Dig a little and learn that he was born in Belgium in 1934, and, with two older siblings, was taken in during the Nazi occupation by a Catholic family with 8 children who raised them as their own. After the war, Daniel’s brother married one of the 8 and settled, happily, in Syracuse where he taught physics at the university and still does research. Daniel emigrated to NYC in 1949 and never left. He has run 52 marathons and is registered to ride in next month’s Bike NY 5-boro bike tour. 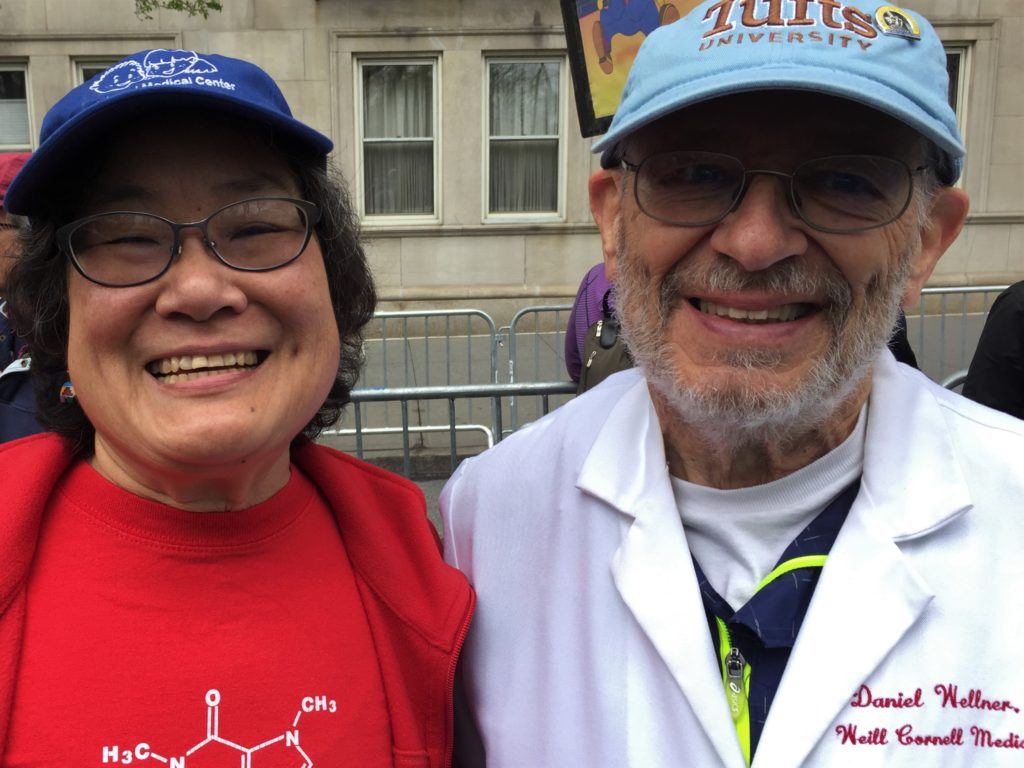 The young woman hoisting the “ICE Has No Agenda” sign is a Smith College junior majoring in Africana Studies and minoring in Environmental Sciences. She told me that she’s just back in NYC after several months with a crew from college doing marine research in the Caribbean. Her mother, a remedial math teacher and director of the Willow Interfaith Women’s Choir, lamented that the U.S. government refused the crew’s proffer of their research findings on water temperature and species counts. The data is being sent instead to the Dominican Republic science ministry. Both mother and daughter were steadfast.

So many people. So many signs. So many stories. So much resolve. 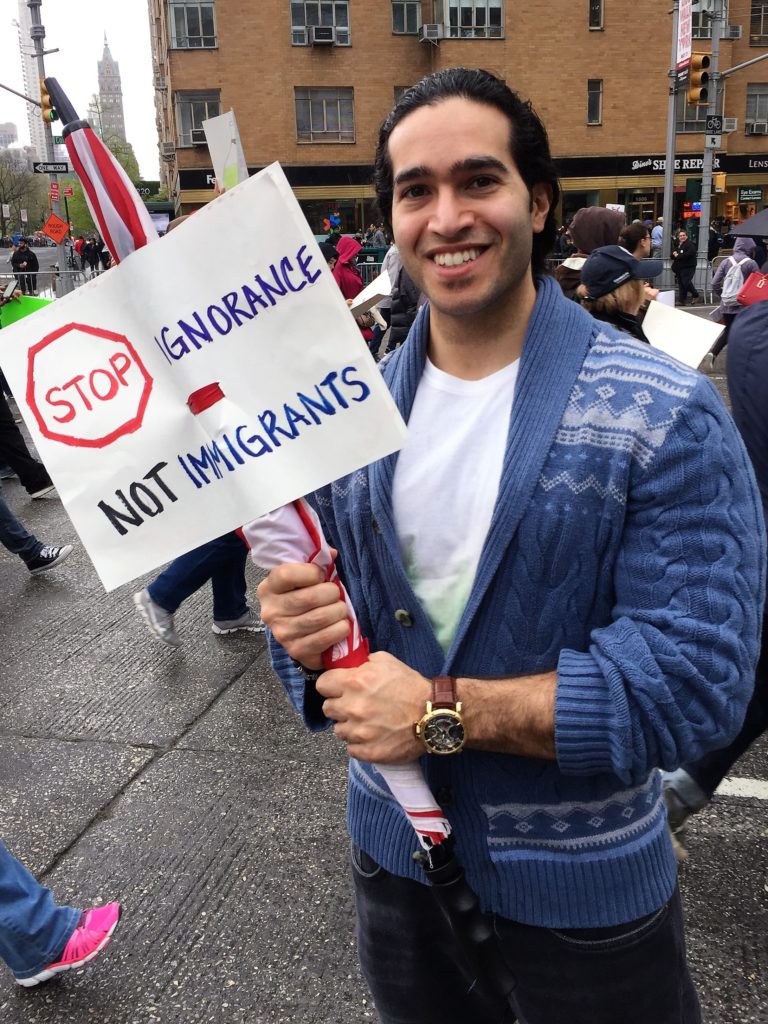 And so many girls and women! They seemed, to me, to outnumber the boys and men. A good thing, likely signifying the growing ranks of women in STEM (science, technology, engineering, math) as well as their continued leadership following the Jan. 21 Women’s March that ignited the Resist Trump movement.

The light sprinkle turned to a steadier rain and I decided to light out for home. All of the Citibike stations on Broadway were shuttered on account of the march — needlessly, I thought — and I was ready to trek over to Ninth Avenue where there was an active station. But wait, there’s a marcher ahead, walking a Citibike. I caught up to him and asked if I could take it off his hands. We started negotiating the terms when he remembered that Citibiking was free today all over town, for Earth Day. He handed me the bike, I pulled on my rain gear, and half-an-hour later I was home.

Next up, for me: the 2017 People’s Climate March on April 29. I’ll be speaking at the Climate Rally Bergen and Beyond, a satellite rally in Bergen County, NJ, as part of a great line-up of local speakers and musicians. I’ll be talking about why carbon taxes are central to climate sustainability and justice. 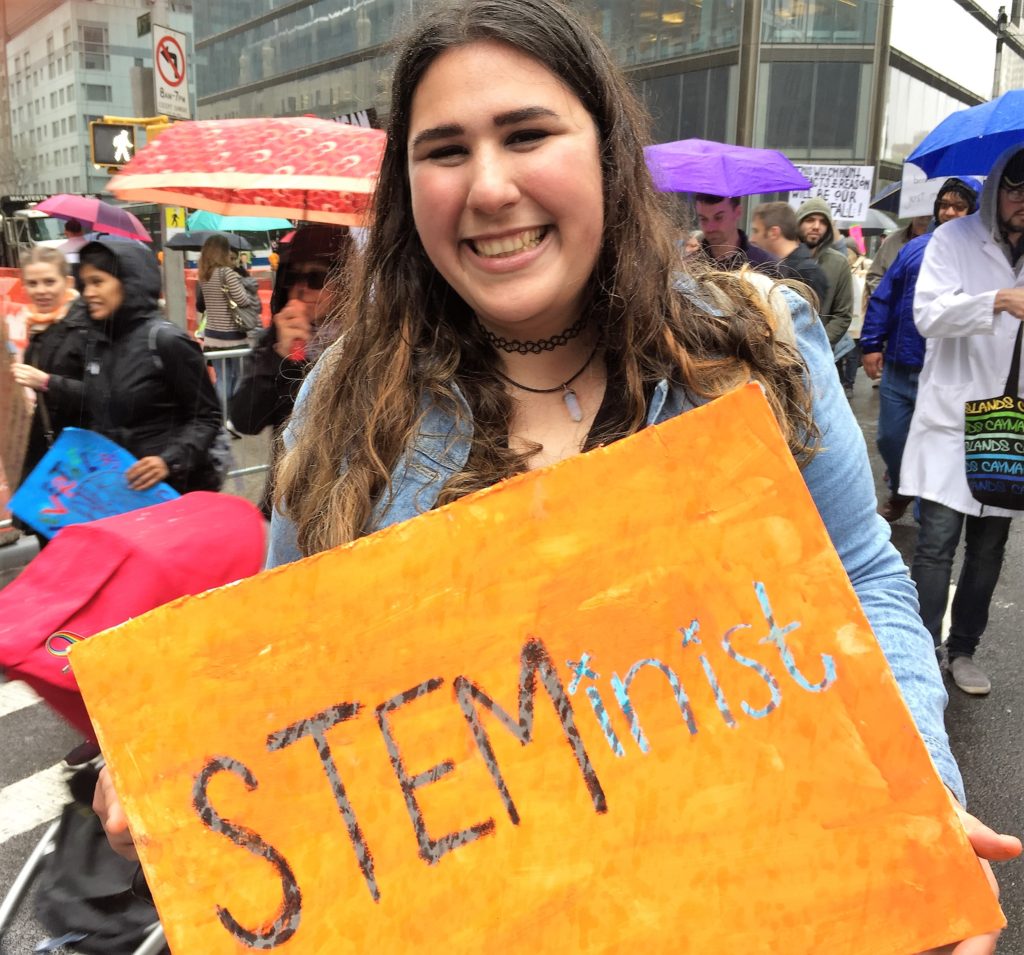 The rally location is less than six miles from the Jersey side of the George Washington Bridge, so I’ll be biking there. If you’d like to ride together, meet me on either side of the bridge. We’ll leave from the NY side, 178th St & Cabrini Blvd, at 9:00 a.m. sharp. We’ll stop briefly on the NJ side at Hudson Terrace and leave from there at 9:10.