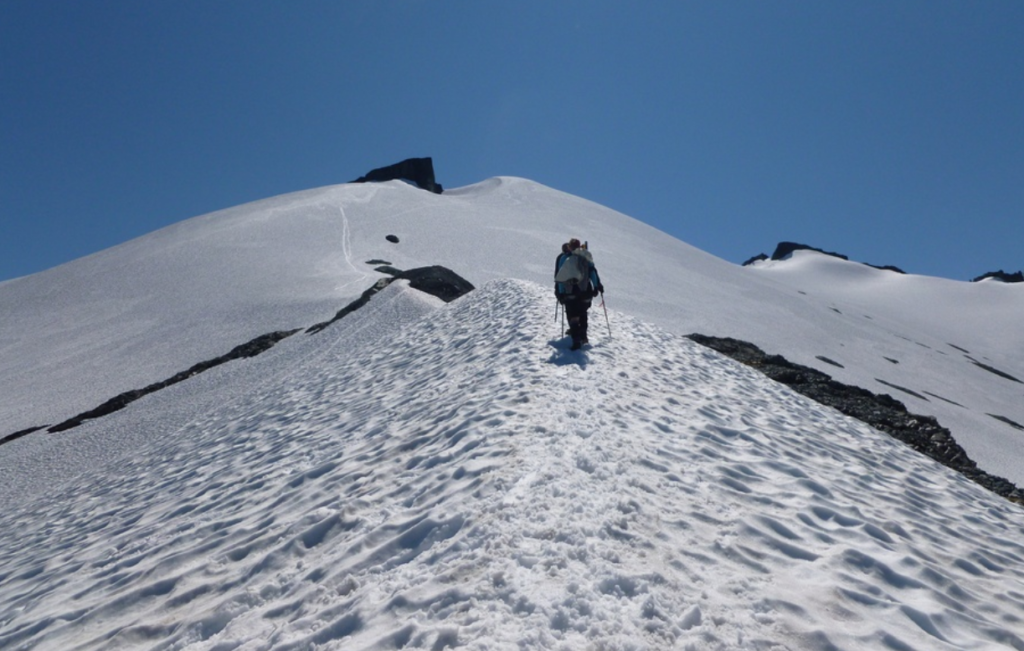 Ruth Mountain in the North Cascades. Snow was deep when we summited it in late August 1972, before the onset of rising temperatures. Photo courtesy of peakery.com.

The takeaway is clear: the Sightline papers blow away the objections that for months have clouded perceptions of I-732 and threatened to capsize the extraordinary grassroots movement led by CarbonWA that last year collected 350,000 signatures and made the Evergreen State the epicenter of carbon tax organizing.

Here are key quotes from the Sightline papers:

Individually and collectively, these statements demolish the major criticisms that have been leveled against the carbon tax initiative.

#1 validates CarbonWA’s claim that the carbon tax is economically progressive — a result of dedicating the lion’s share of revenues to lowering the regressive state sales tax, with other funds allocated to funding the Working Families Rebate — an extension of the federal Earned Income Tax Credit.

#2 validates the precept that the most potent way to eliminate carbon pollution is to tax it, and confirms the organizers’ belief that establishing the first U.S. statewide carbon tax could be a climate breakthrough.

#3 refutes the assertion by state budget analysts that the I-732 revenues won’t fully pay for the tax cuts, calling it a “red herring.”

(We admit to having grabbed the five points from a CarbonWA press release; it’s late Friday afternoon here on the East Coast and we’re trying to wrap the week. But we did confirm each quote from the Sightline reports.)

Read the Sightline reports and see for yourself the care they took with their analysis and the quality of CarbonWA’s work in devising and fine-tuning I-732. Then go to the Yeson732 Web site to learn how you can donate, network, agitate and support their ballot initiative which, hands down, is the boldest and best effort yet to establish carbon emissions pricing in the United States.

Sightline Report #3, Aug. 3, Weighing the Critiques of CarbonWA’s I-732