How a Carbon Tax Would Cut Emissions from Shipping and Aviation

In February, 2016, shortly after we put up this post, the International Civil Aviation Organization, the United Nations’ aviation agency, announced an agreement with the global aviation industry to impose binding limits on CO2 emissions for all new airplanes delivered after 2028. The New York Times reported on this development here.

And in May, Brad Plumer at Vox posted an informative thought-piece, Solar planes aren’t the green future of air travel. But here’s what could be., exploring different trajectories for aviation efficiency and demand and their impacts on carbon emissions. It’s worth a read.

In July, Coral Davenport at the Times reported that the Obama Administration is moving to propose fuel-efficiency standards for commercial aircraft, probably during the lame-duck period after Election Day.

Shipping and aviation combined account for only an estimated five percent of global CO2 pollution. But some experts project this share doubling or even tripling as globalization accelerates. How can those emissions be reduced, and would a carbon tax help?

Shipping, which is believed responsible for 3% of world CO2, is already the most energy-efficient large-scale way to move cargo, pound for pound and mile for mile. Moreover, shipping fuel costs already comprise about half of operating costs, and efficiency standards for new large ships took effect last year. How would a carbon tax on maritime fuel (primarily residual fuel oil, a/k/a bunker fuel) spur further efficiency and innovation? Air carriers also have incentive to conserve fuel since it accounts for about one-third of ticket prices. How would a carbon tax on aviation fuel lead to reduced emissions in that sector?

The simplest and most immediate way to improve ships’ efficiency is to slow down. “Slow steaming” — reducing speed by at least several nautical miles per hour — can slash fuel consumption and thus CO2 emissions. Efficiency can also be raised through advanced engine design and by reducing drag by polishing propellers, coating hulls with algae-inhibiting paint, reshaping bows and adding fins or ducts to propellers. One promising new device called “Silverstream” cuts water friction by laying a carpet of tiny bubbles along the hull so it rides mostly on air. 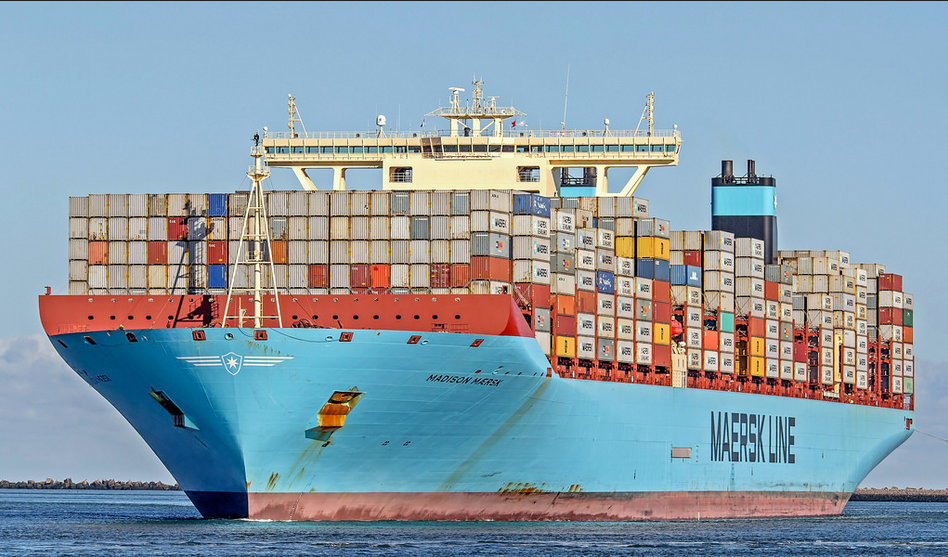 A rising carbon tax would steer shipping technology and practices toward greater efficiency.

Perhaps the biggest pathway through which carbon taxes could cut greenhouse gas emissions from shipping would be by altering the cost equation between distant imports that must be transported thousands of miles, and domestically produced goods. The resultant reduced demand for shipping would translate not only to less CO2 (and methane) but less air and water pollution, fewer megaports and, perhaps most importantly, retention or creation of domestic manufacturing jobs. The potential job-producing impacts of a carbon tax covering shipping should interest those building “blue-green” alliances and clearly deserves further study.

A month after his article on shipping innovations, Times reporter Fountain tackled aviation, reporting on innovative aircraft designs, new lighter materials and more efficient air traffic practices. Composite materials, which now comprise about half of the airframe of the new Boeing 787, have made new planes much lighter. More efficient jet engines are being installed on existing aircraft. And operational measures like altering flight paths to glide downward and better management of air traffic, both at airports and in the air, can further reduce emissions. 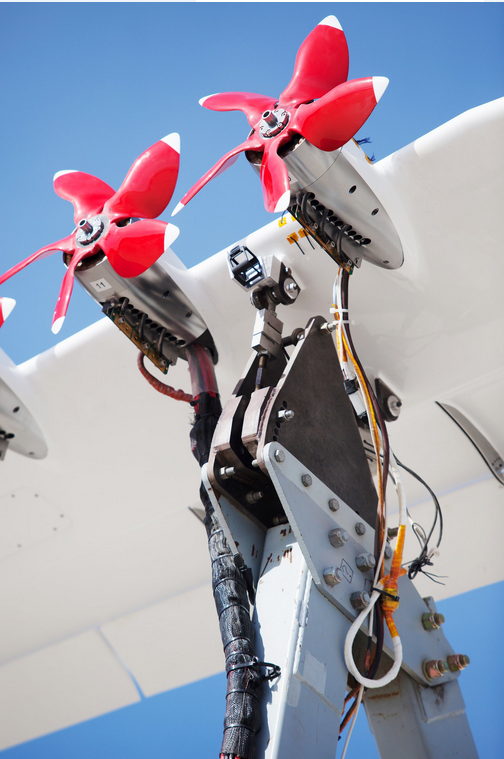 There’s more. New flexible aircraft wings are being tested to reduce drag. “Distributed propulsion” — locating an array of electric motors at the leading edge of aircraft wings for takeoff and landing, while using jet-fueled engines at the wingtips for cruising – is reportedly showing promise to reduce fuel consumption and resultant CO2 emissions. Of course, research and adoption of innovations like these depend heavily on rising fuel prices, which makes the 2015 price plunge so concerning.

In addition to driving new technology, a carbon tax would soften demand for air travel. The pull of a carbon tax would add impetus for more and better ground transportation alternatives, particularly high-speed inter-city and regional rail services to supplant short-hop flights. Technology such as video-conferencing can curb travel needs while saving time and money for businesses and individuals; a carbon tax would encourage such behavior to become our cultural norm. And even absent direct substitutes, costlier air travel would lose market share to other discretionary activities, almost all of which would be less carbon-intensive.

We return to the questions posed earlier: with fuel costs already their single largest expense, why should fuel price increases spur changes in shipping and aviation designs, equipment and practices?

For one thing, whereas unrelenting fuel price volatility undermines incentives to conserve and innovate, a predictably-rising carbon tax would be more likely to ensure that investments in nascent shipping and aviation technologies actually pay off. The best ideas will move off the drawing boards and into practice faster and more widely.

More broadly, a carbon tax would not just move shipping and aviation down the fossil fuel demand curve; it would create a new, lower demand curve by boosting every substitute for, and every alternative to, high-carbon activity. In layman’s terms, a global, economy-wide, briskly-rising carbon tax would induce a culture change.

The need for a broad, all-inclusive price signal raises another key point. Not only was the December Paris climate accord mute about the best economic tool to achieve emission targets; the agreement left out international shipping and aviation altogether.

Climate activists are urging a carbon tax on shipping and aviation not only to spur reductions in climate pollution but as a revenue source to finance global climate mitigation. A new report from the International Monetary Fund suggests that a carbon tax of $30/ton of CO2 on offshore maritime and aviation emissions alone could generate $25 billion of revenue a year, while noting that national governments may have only weak claims to that revenue. Dedicating it to global climate finance might help resolve a thorny issue in climate negotiations while closing a gap in the Paris framework.