Clifford Krauss and Diane Cardwell have a front-page story in today’s New York Times about the challenge that cheap oil poses to the Paris climate agreement. The way that governments respond could make or break the agreement, they say, with huge ramifications for the global fight to stop climate change:

For the climate accord to work, governments must resist the lure of cheap fossil fuels in favor of policies that encourage and, in many cases, require the use of zero-carbon energy sources. But those policies can be expensive and politically unpopular, especially as traditional fuels become ever more affordable.

“This will be a litmus test for the governments — whether or not they are serious about what they have done in Paris,” said Fatih Birol, executive director of the International Energy Agency.

The Carbon Tax Center has repeatedly highlighted this challenge over the past twelve months, particularly in economic terms. Cheap oil has meant cheap gas, which has encouraged more driving and a reversion to gas guzzlers. We calculated last month that increased gasoline consumption in the U.S. alone in 2015 produced carbon emissions equivalent to a year’s worth of emissions from nine coal-fired power plants. That’s equivalent to the entire annual emissions from burning all fossil fuels for all purposes in Denmark or Ireland. 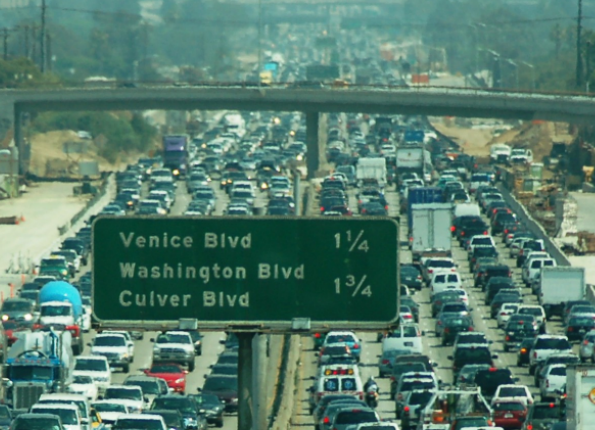 We concluded that cheap oil risks making a “mockery of just about every scenario to move the U.S. and other countries decisively off carbon fuels.” But that’s not the end of the story. Cheap oil paradoxically presents an historic opportunity to pivot away from oil — and all fossil fuels — for good.

As we wrote last January, cheap oil brings a host of positives, like more jobs in most economic sectors, and negatives, like increased fuel use. The trick is how to safeguard the positives while neutralizing the downside. From a policy perspective, this actually isn’t hard to do, and oil’s low price makes it that much easier (as well as more imperative). The real question is whether we have the political will to do so.

The policy solution is a revenue-neutral carbon tax, beginning with a refundable tax on oil. The government would collect the tax at ports and wellheads and distribute the revenues equally to households each month, just like in Alaska. Because tax dollars stay in circulation, the amount of money families have to spend doesn’t fall and the economy benefits. Most families of limited means will come out ahead because on average they spend fewer dollars on oil than they will receive in their monthly revenue check.

By simulating higher fuel prices, we can preserve incentives to get more fuel-efficient. As a result, motorists will buy higher-mileage cars and drive them somewhat less, manufacturers will build more-efficient vehicles and aircraft, and cities and counties will be less inclined to  dial back public transit. The same goes for freight movement — goods produced nearby will be advantaged, boosting local agriculture and domestic jobs. You can read more about our proposed oil tax here.

As we and others, including former Treasury Secretary Lawrence Summers, have argued over the past year, the current cheap oil environment is ideally suited for the implementation of a carbon tax. The question remains: do we seize the moment to lock in the good while neutralizing the bad? Or do we instead continue fighting climate change with one arm tied behind our backs?