Spoiled Children: The Line from Riyadh to Oregon

Dozens of armed ultra-right ranchers seize a federal wildlife refuge in eastern Oregon and proclaim it “a base place for patriots from all over the country.” On the other side of the globe, Saudi Arabia goes on a rampage, subjecting neighboring Yemen to nightly bombing raids and then executing a revered Shi’ite leader named Nimr al-Nimr, prompting a furious reaction in Iran and bringing the Persian Gulf to the brink of war.

Given the immense distance separating such events, there couldn’t possibly be a connection between them — could there?

Actually, there is, and it starts with the conservative complaint about the infantilizing effects of welfare. This is the old right-wing argument that instead of making people richer, “free stuff” (to use Jeb Bush’s phrase) in the form of food stamps and aid to single mothers encourages a culture of dependency that discourages thrift and hard work and ultimately deprives recipients of the tools they need to get ahead. Rather than raising them up, government aid turns them into spoiled children who demand more and more and throw ever more violent tantrums when they don’t get it.

As George Will once said about riots in the French banlieues:

Welfare states are, paradoxically, both enervating and energizing — and infantilizing. They are enervating because they foster dependency; they are energizing because they aggravate an aggressive sense of entitlement; they are infantilizing because it is infantile to will an end without willing the means to that end, and people who desire welfare states increasingly desire relief from the rigors necessary to finance them.

Because the welfare state undermines the labor ethic, in other words, it undermines society in general, leaving the poor angrier and more impoverished than ever.

These are fighting words as far as liberals are concerned. But instead of rejecting them out of hand, when not turn them around and apply them to the real welfare chiselers, the ones truly raking in the big bucks? 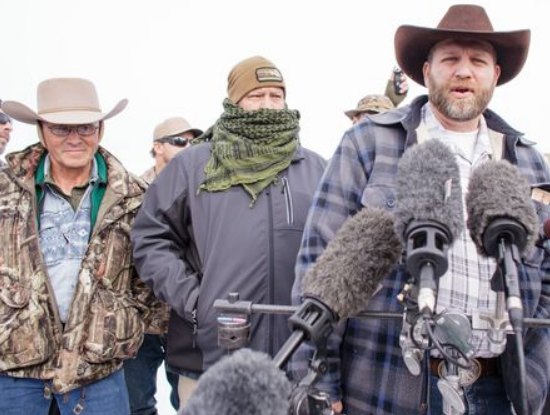 Take the ranchers currently occupying the Malheur National Wildlife Refuge in southeastern Oregon. They claim a right to graze their cattle on federal lands free of charge and demand that the grasslands in question be “returned” to the states, even though the states never owned them in the first place. “It’s happening all across the United States,” explained protest leader Ammon Bundy. “We have the EPA taking properties away from American people … restricting whole industries, putting whole states and counties into economic depressions. We have a slew of other federal agencies that are doing the exact same thing and they’re doing it by controlling the land and the resources.”

But rather than removing such properties, the U.S. Bureau of Land Management has been renting them out for decades at well below the market rate — indeed, as much as 99.5 percent below according to a 1993 study. For the BLM as a whole, that amounts to an annual $11 billion giveaway, more than double what the feds provide via Temporary Assistance for Needy Families, the main welfare program for the poor. And where approximately two million families benefit from TANF funds each month, just three thousand ranchers have managed to corral half of all BLM subsidies.

This is welfare on a truly gigantic scale, yet Bundy and his followers want even more. And unless the feds give it to them, they’re going to seize government facilities at gunpoint and take it themselves.

Even greater infantilism is on display in Saudi Arabia, where the royal family claims exclusive control of a quarter of the world’s proven oil reserves. Saudi oil deposits are so extensive and so close to the surface that extraction costs are only a fraction of those in the U.S. The upshot is an income stream amounting to hundreds of billions of dollars a year in oil export, one that requires the House of Saud to do next to nothing in return.

But there is bad news for the kingdom’s seven thousand or so princes. After peaking at $114 in July 2014, oil prices have plunged to less than $35 a barrel, a sickening 70 percent swoon that has left Saudi finances in tatters.

How have the Saudis responded? Exactly as George Will says French welfare recipients would respond to a massive cut in benefits, i.e. by blowing stuff up and taking out their anger on the world at large.

In March, with oil down to $60 a barrel, the Saudis vented their fury on Yemen, launching air attacks that have killed thousands of civilians and destroyed historic urban centers such as Sana’a and Saada to rubble. “Yemen after five months looks like Syria after five years,” declared Peter Maurer, head of the International Red Cross, following a mid-summer visit. With oil prices dipping another 25 percent, the kingdom followed up with a ground invasion in late August. Despite raking in trillions over the years, it pleaded poverty at the Paris climate talks in early December, claiming it could not afford to comply with mandates to present a comprehensive carbon mitigation plan.

“We developing countries don’t have the capacity to do this every five years,” a member of the Saudi delegation reportedly complained. “We are too poor. We have too many other priorities. It’s unacceptable.” 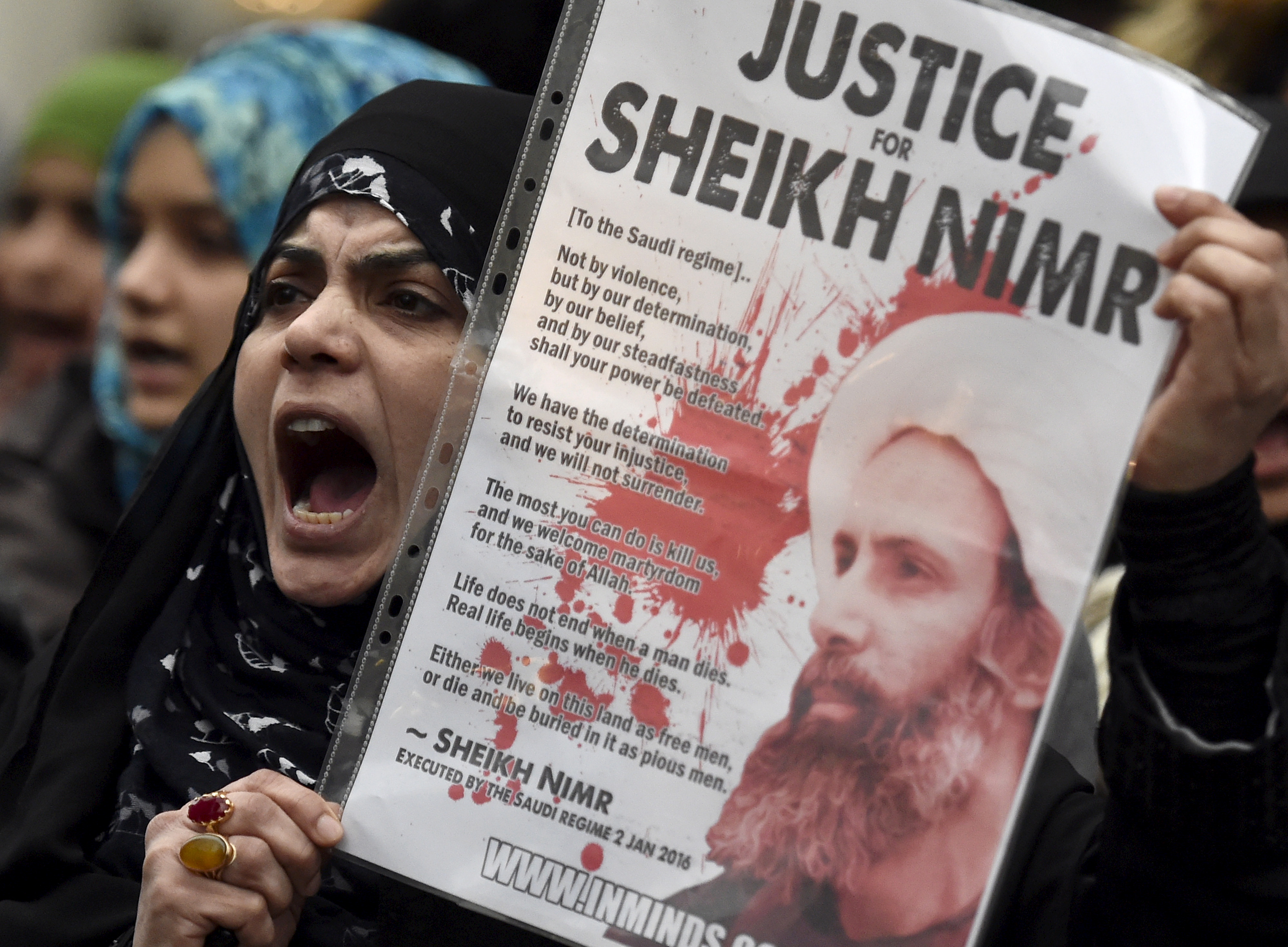 Mega-welfare in the form of lottery-level petro checks has thus left the House of Saud poorer and less self-reliant. But the ultimate tantrum came on January 2 when the kingdom ushered in the new year by executing 47 prisoners, including Nimr al-Nimr, a fiery Shi’ite preacher who had vigorously denounced the royal family’s arch-Sunni bigotry but nonetheless urged his followers to rely on “the roar of the word” rather than violence. When angry Shi’ites responded by storming the Saudi embassy in Teheran, the kingdom upped the ante by severing diplomatic relations and leaning on other Arab gulf states to do the same.

As The New York Times put it, “the Saudi government seemed willing to endure the potentially high political costs of the killings in order to deliver a warning to would-be militants, political dissidents and others that any challenge to the royal family’s rule would not be tolerated.” The more difficult its financial position, the more obdurate Saudi Arabia grows, turning its back on a growing chorus of criticism both domestic and foreign.

How would Saudi Arabia have responded if oil prices were still bouncing along in the $100 range? It is hard to imagine that they would have done the same. Despite talk about the Saudis cutting prices in order to punish Russia, Iran, and U.S. shale producers, it appears that the royal family has gotten caught in a downdraft of its own making and can’t figure a way out. As prices have plunged, the atmosphere in Riyadh has thus grown bleaker and bleaker. “The Saudis seem to be sort of in a retaliatory mood,” one Saudi watcher said regarding setbacks in Syria. A $100 billion budget-deficit, observed Rutgers professor Toby Craig Jones, “may soon force the kingdom to slash spending on social welfare programs, subsidized water, gasoline and jobs – the very social contract that informally binds ruler and ruled in Saudi Arabia.” As such ties fray, the position of the Saudi ruling family will grow more precarious rather than less.

If welfare weakens society as people like George Will maintain, then the lesson of Saudi Arabia is that super out-of-control welfare destroys it all the more decisively. The upshot is greater and greater instability, which, in the Middle East, translates into stepped-up terrorism and war.

Which brings us to carbon taxes.

The purpose of a carbon tax is to unwind a bloated welfare system that serves the interests of the oil companies, auto companies, and petro-sheikdoms rather than the poor. By internalizing the cost of climate change, it encourages society to accept responsibility for the carbon it injects into the atmosphere — not the most beleaguered segments, but society as a whole, which, in an age of galloping economic polarization, is increasingly of, by, and for the wealthy.

Tantrums thrown by the super-rich are wreaking havoc across much of the world. Conservatives have thus gotten it only half-right. It’s not welfare to those below that is leading to infantilization du monde, but the far greater welfare payments to those on top.