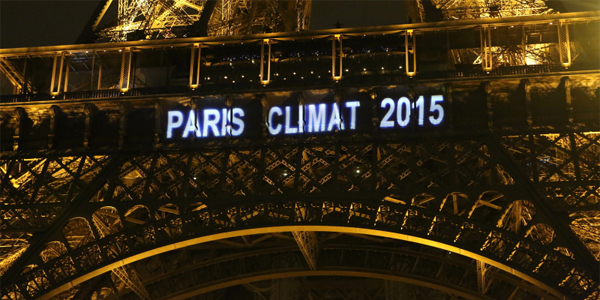 On Sunday, November 29, the eve of the UN climate summit in Paris, the Carbon Tax Center released a letter signed by 32 notable individuals urging Paris climate negotiators to focus on national carbon taxes, both for their intrinsic value and as a gateway to a global carbon price.

The text of the letter is directly below, followed by a complete listing of the signatories. (The identical text and listing are in this pdf.)

This single policy change — explicitly using prices within existing markets to shift investment and behavior across all sectors — offers greater potential to combat global warming than any other policy, with minimal regulatory and enforcement costs.

We urge negotiators at the upcoming UN Climate Conference in Paris to pursue widespread implementation of national taxes on climate-damaging emissions.

We endorse these four principles for taxing carbon to fight climate change without undermining economic prosperity:

1. Carbon emissions should be taxed across fossil fuels in proportion to carbon content, with the tax imposed “upstream” in the distribution chain.

2. Carbon taxes should start low so individuals and institutions have time to adjust, but then rise substantially and briskly on a pre-set trajectory that imparts stable expectations to investors, consumers and governments.

3. Some carbon tax revenue should be used to offset unfair burdens to lower-income households.

4. Subsidies that reward extraction and use of carbon-intensive energy sources should be eliminated.

(Institutional affiliations are for identification purposes only, and do not connote any organizational approval.)

(Institutional affiliations are for identification purposes only, and do not connote any organizational approval.)