For Bioenergy, Mandates and Subsidies Trump even Carbon Taxes

The Carbon Tax Center is often asked why a carbon tax is needed; wouldn’t removing tax subsidies be sufficient to let efficiency and renewables compete on even terms with fossil fuels?

Our stock answer is that the subsidies the tax code confers on fossil fuels (as well as on some other extractive industries) are peanuts compared to their environmental subsidies, especially free dumping of CO2 into the atmosphere. The needed market corrective is huge and can come about only via a significant tax on carbon pollution. 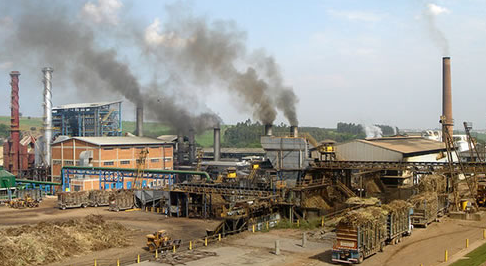 Ethanol production has always been energy-intensive

But bioenergy presents a starkly different picture. As recently as a decade ago, bioenergy sources — biofuels for transportation and biomass for electricity — seemed to have gained full-fledged membership in the “renewable energy club” along with wind, solar, small hydro and geothermal energy. To boost bioenergy production, Congress endowed biofuels with subsidies that now amount to about $1 per gallon of ethanol and $2 per gallon of biodiesel.

Congress also enacted mandates that, if left in place, will compel a tripling of U.S. biofuel output by 2022. Biomass for electricity generation is also poised to gain a huge boost if the final version of EPA’s Clean Power Plan carries over a longstanding but highly questionable assumption that biomass burning is “carbon-neutral.”

Since that honeymoon, closer scrutiny of bioenergy’s lifecycle emissions has been revealing a complicated and far less promising picture. Biofuel production typically involves substantial fossil fuel inputs. Moreover, biofuel mandates and subsidies tend to push land out of other carbon-sequestering uses including food production. And closer study of biomass burning is calling into question the “carbon-neutral” assumption: that growing wood or other biomass captures the same amount of CO2 that subsequent burning for electricity generation releases.

We discuss these issues in detail — and with abundant links to the key literature — in our new “Carbon-Taxing Biofuels” page. While our views are still evolving, we think it’s clear that removing bioenergy subsidies and mandates and preventing EPA from letting electricity generators claim credit for biomass as carbon-neutral would do more to internalize the climate costs of bioenergy than even a hefty carbon tax.

It’s a thorny issue that will only grow more important. Take a look at our new page and let us know what you think.