Why is Naomi Klein So Cool on a Carbon Tax?

(Daniel Lazare is a writer living in New York City; his books include The Frozen Republic, The Velvet Coup, and America’s Undeclared War.)

Naomi Klein is not exactly bubbling over with enthusiasm about a carbon tax, and since she has emerged as a leading voice on climate change, it’s worth exploring why. She barely mentions the topic in This Changes Everything: Capitalism vs. The Climate, her magnum opus on global warming, and was oddly dismissive in a recent interview with Grist. “I don’t think a carbon tax is a silver bullet,” she said, “but I think a progressively designed carbon tax is part of a slate of policies that we need to make this transition … [to] rapid renewables.” But then she went on to disparage the analysis that is at the core of the carbon-tax argument:

You know, I’ve been making these arguments around economics, but there is nothing more powerful than a values-based argument. We’re not going to win this as bean counters. We can’t beat the bean counters at their own game. We’re going to win this because this is an issue of values, human rights, right and wrong. We just have this brief period where we also have to have some nice stats that we can wield, but we shouldn’t lose sight of the fact that what actually moves people’s hearts are the arguments based on the value of life.

So on one hand we have economics, the stuff of “bean counters” and other bloodless sorts, while on the other we have values and morality. A carbon tax would be beneficial, but since we will never beat the economic analysts on their own turf, there’s no point even trying. Instead, we should concentrate on things that stir the soul, such as human rights. 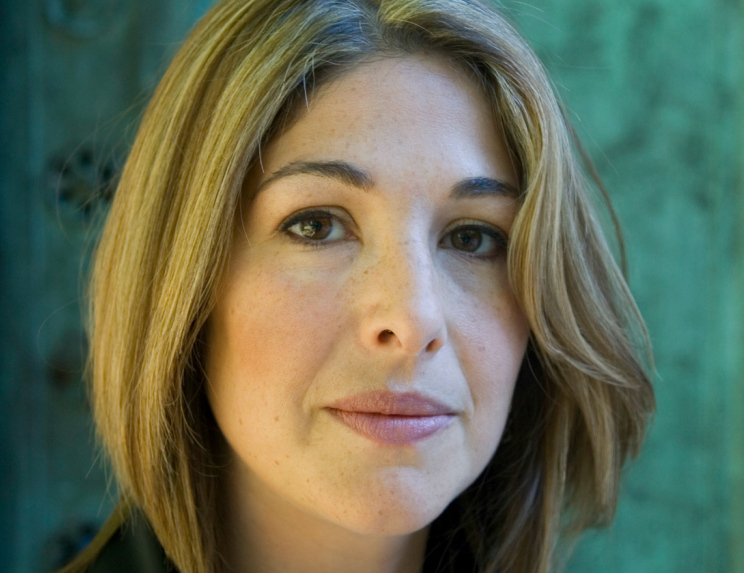 Naomi Klein: Why is she so cool on taxing carbon pollution?

Or so Klein maintains. But there’s something off-putting about such arguments. The distinction between economic analysis and morality, for instance, smacks of anti-intellectualism. Not only are head and heart separate and distinct in Klein’s world, but there’s no question as to which is on top. But her view of a carbon tax is also incorrect. It’s not for bean counters only. Like any real-world phenomenon, a carbon tax is multi-dimensional, which means that it has not only an economic component but a political and moral aspect as well.

How so? Everyone knows what the purpose of a carbon tax is. It’s to internalize the externalities, to take the growing costs associated with fossil fuels and bundle them into the price of such fuels so that the individuals using them have a more accurate idea of how much a specific activity truly costs. When drivers understand how expensive gasoline really is when all the attendant costs are taken into account, then they’ll treat it with the respect it deserves.

This is the sort of economic wonkery that no doubt leaves Klein cold. But it is not only an economic argument. Externalities include not only environmental and congestion costs and the like, but such items as the cost of insuring an uninterrupted flow of oil from the Persian Gulf. Expenditures like these aren’t trivial, needless to say. Indeed, one study published in Energy Policy puts them at a stunning $7 trillion for the years 1976-2007, not including the Iraq War, which, according to Joseph Stiglitz and Linda Bilmes, may wind up costing $3 trillion more.

This is a political externality as much as an economic one. If we agree, moreover, that the invasion of Iraq was fundamentally about oil, then there is another external cost to consider, that of lost lives. This includes not just the 4,500 U.S. servicemen killed since 2003, but a half million or more Iraqis. Klein, curiously enough, made no mention of the spiraling conflict in the Middle East in either This Changes Everything or her Grist interview, yet it’s as much a consequence of unconstrained fossil-fuel use as is global warming. But if we adjust fuel prices to reflect the growing human wastage that carbon addiction causes, then it becomes clear that a carbon tax is not just an economic or political instrument, but a moral one too.

Economics, politics, and morality are different ways of approaching the same problem. They are not antagonistic as Klein seems to think, but complementary and mutually supporting. Whether or not a carbon tax is a silver bullet, it’s a means of attacking over-reliance on fossil fuels on all fronts simultaneously. That doesn’t make it a magic wand that will wave all such problems away. But it’s one of those elegantly simple ideas – like one person-one vote or liberté, egalité, fraternité – that easily roll off the tongue yet are politically explosive. That’s their beauty since they require that society be turned upside down before such a basic principle can be implemented. And what can be more soul-stirring than that?