Low oil prices and cheap gasoline bring a host of positives and negatives, as befits petroleum’s dual nature as a bestower of motion and light but also smog, traffic and climate change. This clash has bedeviled energy and climate policy for decades. Now we have a golden opportunity to resolve it.

Heading the good things is inexpensive oil’s boost to the economy. Cheap gas gives consumers more money to spend, and that means more jobs and better wages. Geopolitically, low oil prices are a scourge on several bad actors on the world stage, from Russia to Iran. And as drilling gets less profitable, thousands of fragile places might be left alone.

But when oil is cheap, the world gears up to use more of it, which accelerates climate change. For all we rightfully target coal, burning oil releases almost as much climate pollution. Boeing and Airbus are reportedly apprehensive that their latest fuel-efficient aircraft may go begging. And of course the faster oil usage rises, the more quickly the price rebounds, teeing up the next recession. 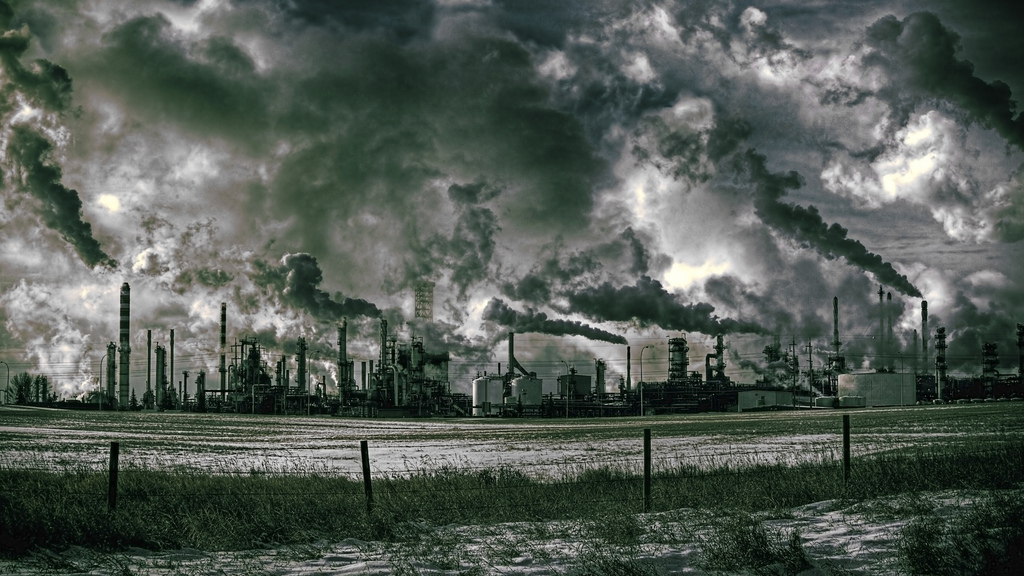 A refundable oil tax can pave the way for a full-fledged carbon tax.

What’s needed is a way to safeguard the benefits of low oil prices while fending off the downsides. The trick to this feat, which should unite all sides of our fractured body politic, is to let consumers collect a tax on oil. Or rather, have government collect the tax at ports and wellheads and distribute the revenues to consumers each month, the same way Alaska distributes the revenues from its wildly popular tax on its oil flows.

Yes, we take Sarah Palin nationwide, taxing oil and disbursing the dollars — all of them — to U.S. households, the same “dividend” for each.

Because the tax dollars stay in circulation, the amount of money families have to spend doesn’t fall and the windfall to the economy persists. Most families of limited means will come out ahead because on average they spend fewer dollars on oil than they will receive in their monthly revenue check. Economic inequality eases a little, at no cost to economic activity.

Why have the tax at all, then? Answer: to simulate high fuel prices, preserving incentives to get more fuel-efficient. In this way, motorists will keep buying high-mileage cars and driving them somewhat less, manufacturers will build ever-more efficient vehicles and aircraft, and cities and counties will keep broadening their transit infrastructure. The same goes for freight movement ― goods produced nearby will be advantaged, boosting local agriculture and domestic jobs.

How high an oil tax are we talking about? Fifty dollars a barrel, which is less than the drop in price so far, is a good starting point for discussion. It could be phased in with a $20 per barrel levy now, rising by $10 a barrel a year for three years to reach $50 in 2018.

The startup tax of $20 a barrel equates to half a buck for a gallon of gas or diesel. Not chump change, yet even with the tax, prices of motor fuels will be lower than they were in September. And the knowledge that the tax will rise should ward off the natural tendency to splurge. We’ll be less tempted to go back to buying guzzlers, and the psychological and physical infrastructure that for a century made it second-nature to use ever more oil will start to relinquish its hold.

How large will that monthly dividend check be? If adults get full shares and children half, and allowing for conservation, a 4-person household will get $120 a month in the first year. Most families will find that the extra money more than offsets the costlier gas, airfares and prices of shipped goods. Some may even relish the annual increases in the tax that will augment the incentive to conserve.

This program resembles one advanced recently by former Treasury Secretary Lawrence Summers to let oil’s “price swoon” pave the way to a carbon tax. Others singing this tune include the Economist magazine, with an editorial noting that “cheaper energy brings the chance to inject some coherence into the world’s energy policies.” We agree except on one key point: the price plunge — and the corresponding cushion to offset the tax — is far less pronounced in electricity and natural gas than in petroleum products.

To be sure, a revenue-neutral carbon tax that distributes the proceeds via monthly dividend checks comes with a built-in cushion. But the American public needs to be persuaded. A refundable oil tax can provide proof of concept. After three years of tangible dividends, Americans might be ready to extend the oil tax to the other carbon-based fuels in proportion to their carbon content.

The monthly revenue check, an abstraction no longer, could be the ticket to Congress’s finally taxing carbon fuels for their climate damage and putting America, and the world, on a climate-safe course.

Economist Steven Stoft, author of “Carbonomics,” aided in the conceptualization and writing of this post.