Is the rift between Nordhaus and Stern evaporating with rising temperatures?

Lead author of this joint post is Peter Howard, Economic Fellow at the Institute for Policy Integrity at New York University School of Law.

The political task of enacting carbon taxes ­― and maintaining those in place ― has proven so daunting that questions of the tax’s appropriate level have gotten short shrift. Carbon tax advocates do not often discuss: How high is the optimal carbon tax? Along what trajectory should it increase over time? What, if anything, can climate science tell us about the right carbon tax to aim for? 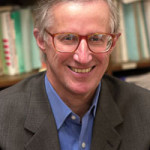 In the academic realm, the distinguished Yale economist and public intellectual William Nordhaus has taken a leading role in the discussion. Nordhaus first modeled energy-economy interactions in the 1970s, and since the early 1990s successive versions of his Dynamic Integrated model of Climate and the Economy, or DICE model, have been used to estimate costs and benefits of carbon mitigation strategies in one prestigious report after another ― most recently in the Fifth Assessment Report by the UN Intergovernmental Panel on Climate Change (IPCC).

Given Nordhaus’s concerns over global warming, reflected in his ongoing repudiations of climate change denialists as well as his impatience with cap-and-trade schemes, it has been jarring for some to see him advocate for a relatively low carbon tax. In his 2008 book, A Question of Balance, which relied on the 2007 version of DICE, Nordhaus proposed a year-2005 starting price of just $8 (U.S.) per short ton of CO2 (from his Table 5-4, adjusted to 2012 dollars and recalibrated from metric to short tons and from C to CO2), which would then take two decades to double and another 30 years to double again. 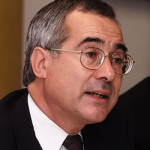 In contrast, the Carbon Tax Center and its allies at the Citizens Climate Lobby have long advocated a steeper, stepwise ramp-up, with an initial price of around $10 per ton of CO2 followed by annual increases of the same magnitude for at least a decade and perhaps much longer. This policy recommendation is more in line with the views of Nicholas Stern ― lead author of the Stern Review on the Economics of Climate Change (2006) ― who argues that strong climate policies are necessary immediately to forestall large future damages from global warming. In the past, Nordhaus (along with several other economists) disregarded these findings based on the low discount rate assumed in the report.

Recently, however, this difference in opinion between the Nordhaus and Stern camps with regards to policy (though not discount rate assumptions) has lessened. Using the latest version of the Nordhaus model, DICE-2013, Nordhaus finds an optimal initial (2015) carbon price of approximately $21 per short ton of CO2 in 2012 U.S. dollars (a near tripling from DICE-2007). Moreover, the optimal tax according to Nordhaus rises more rapidly over time as compared to DICE-2007.[1] A tax of this amount would restrict the average global temperature increase to approximately 3 degrees Celsius above pre-industrial levels.[2]

As economist-columnist Paul Krugman noted in his review of Nordhaus’s 2013 book, The Climate Casino, in the NY Review of Books, even Nordhaus seems surprised by his finding that both the international consensus of a 2 °C limit and the carbon tax necessary to achieve it are nearly economically rational.[3] And given that DICE-2013 fails to account for climate tipping points (as Nordhaus himself notes), an even lower temperature limit and higher carbon tax are justifiable.

Stern has now taken this recent scholarship a step further. In a June paper co-authored with economist Simon Dietz, Stern demonstrates that the DICE framework can support an even stronger mitigation effort than the latest Nordhaus specification of the model.Their paper, “Endogenous growth, convexity of damages and climate risk: how Nordhaus’ framework supports deep cuts in carbon emissions” (co-published by the Centre for Climate Change Economics and Policy as Working Paper No. 180, and by the Grantham Research Institute on Climate Change and the Environment as Working Paper No. 159), is not a rehash of the Stern-Nordhaus dispute over discounting. Rather, the paper accepts Nordhaus’s choice of discount rate for argument’s sake but modifies the 2010 edition of Nordhaus’s model in three critical ways.

First, whereas DICE-2010 counts only economic costs from climate damage to current consumption (e.g., decreased agricultural productivity, loss of coastal habitation, etc.), Dietz and Stern contend that climate change will also erode the ability to generate new wealth by inhibiting the accumulation of physical capital and impeding overall learning in the economy, i.e., the accumulation of technological and intellectual capital; both of which are key drivers of economic productivity and growth.

Second, Dietz and Stern conclude that Nordhaus’s model specification of the climate “damage function” ― the function that translates increases in temperatures into declines in GDP ― also needs to be modified to reflect possible climate tipping points such as those emphasized in the recent IPCC report, “Climate Change 2013: The Physical Science Basis.” Dietz and Stern note that, as presently constituted, the DICE-2010 model leads to the unrealistic result that nearly three-quarters of world economic output would survive an average global temperature increase of 12 °C (22 °F). Nordhaus himself notes this anomaly for DICE-2013 in his latest book, and states that climate tipping points and the large damages associated with them could potentially occur with temperature increases as low as 3 °C.

Third, Dietz and Stern update the DICE model’s “climate sensitivity” parameter, which relates atmospheric levels of greenhouse gases to expected temperature increases and other climate impacts. These updates reflect recent findings from climate models, including the higher probabilities assigned to climate tipping points such as methane emissions triggered by melting permafrost. This change would bring DICE in line with the latest versions of other Integrated Assessment Models, such as Richard Tol’s FUND model and Chris Hope’s PAGE model.

Dietz and Stern’s modifications to the DICE model are mathematically sophisticated and not for the uninitiated. But the bottom line is this: even leaving Nordhaus’s higher discount rate untouched, the three changes to DICE-2010 result in a two- to seven-fold increase in the optimal price assigned to a ton of carbon emissions in 2015, according to Dietz and Stern, and a temperature limit of 1.5 to 2 degrees Celsius. Their paper’s conclusive statement with respect to price and temperature is worth stating in full:

As a guide, we find that these models suggest the carbon price in a setting of globally coordinated policy, such as a cap-and-trade regime or a system of harmonised domestic carbon taxes, should be in the range $32-103 [per metric ton of CO2] (2012 prices) in 2015. It must be remembered that the DICE model lacks adjustment costs, so the high end of the range should be interpreted cautiously. On the other hand and potentially of great importance, we have . . . omitted important risks in relation to the distribution of damages, which could give higher carbon prices. Within two decades the carbon price should rise in real terms to $82-260/tCO2. Doing so would, according to the model, keep the expected atmospheric stock of carbon dioxide to a maximum of c. 425-500 ppm and the expected increase in global mean temperature to c. 1.5-2 °C above pre-industrial.

The results of both Nordhaus (2013) and Simon and Dietz (2014) demonstrate that the DICE model supports ambitious climate policies ― potentially even the temperature limit agreed upon under the Copenhagen Accord. Thus, while Nordhaus and Stern may differ on whether a carbon tax should be imposed as a ramp or a steep hill, and on the appropriate discount rate for converting anticipated future damages to present terms, this debate is progressively less relevant as the steepness of this ramp increases with model sophistication and the further delay of a carbon tax. If steps are not taken soon to achieve optimal greenhouse gas emission reductions, the slight distinction between their respective optimal climate plans will likely grow even smaller – mooting any remaining disagreement over the tax’s appropriate level.

[3] Krugman (2014) states that the “the optimal climate policy if done right would limit the temperature rise to 2.3 °C [above pre-industrial levels].”