On the Latest Distraction from Carbon-Taxing: “Carbon Budgets”

Over the Fourth of July holiday, Lorna Salzman forwarded me half-a-dozen emails about “global carbon budgets” that had been posted to an informal list-serve of U.S. and U.K. climate advotes. Lorna and I have been friends and colleagues since 1974; she may have been the first person to take seriously my interest in carbon taxing, circa 2003, and her encouragement had a lot to do with my starting the Carbon Tax Center several years later and more recently to my ramping up my involvement in CTC. This morning I posted the following response.

I have four points:

1. I’m flat-out befuddled by the interest from some in this group in “carbon budgets,” whether national, global or whatnot. I think they’re a dead end politically as well as a dodge scientifically. 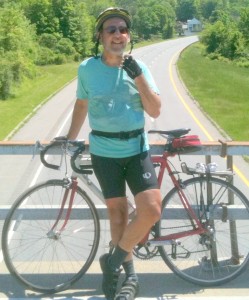 Why a dead end? Because nations cannot and will not agree on who should be allowed to consume and emit how much carbon pollution. Because devilish “details” like offshoring will inevitably confound any negotiations. Ditto, population growth, which will require continual dynamic adjustments to national shares.

What we can agree on is that (i) any feasible level of emission reduction is insufficient, and (ii) deeper reductions are better than shallow ones. These facts are irreconcilable with carbon budgets.

2. A carbon tax must be at the center of any effective policy to rein in emissions. It’s folly to think that regulations (even enlightened ones) and/or clean-energy subsidies (even efficient ones) and/or public-sector mobilization such as by the Allies to win World War II can ever push back comprehensively against the massive tide of cheap fossil fuels (that is: cheap sans a price for their climate damage).

For evidence, please click here for the Carbon Tax Center’s brief evaluation of the recently announced Obama “clean-power” initiative (we show that a robust carbon tax will eliminate 5x as much CO2); and here for CTC’s January 2014 comments to the U.S. Senate Finance Committee establishing that even optimal clean-energy subsidies can’t hold a candle to an equivalently-priced carbon tax. (The comments take the form of a 22-page paper that addresses a range of carbon tax issues and serves as a reasonable credo for carbon taxing.) As for mobilization, while I grant it a surface attractiveness, planning and winning massive public-sector investment geared toward clean energy seems far more chimerical than pursuing a carbon tax — at least for the U.S. — and, unlike a carbon tax, it is not suited to reach the nooks and crannies of business and household “choices” (e.g., bottled water, huge homes, jet-setting, etc.) that drive so much of energy and fuel consumption.

How high a carbon tax? As suggested in #1, as high as the political process will allow. There is no “right” or “optimal” level. Higher is better. Period.

3. With respect to Donald Brown’s insistence (July 5 email) that a worldwide carbon tax regime must allow “different taxes in different parts of the world” because “A global carbon tax by itself is likely to be both insufficient and unfair,” I wish to state clearly that the ultimate objective of carbon taxers such as myself is for a uniform carbon tax level across all countries.

Why is a uniform carbon tax not unfair? First, because each country’s carbon tax revenues remain in that country as government revenues, so there is no cross-national appropriation. Second, developing nations tend to use energy as inefficiently as developed ones, so there is scope for large carbon reductions everywhere.

Why is a uniform carbon tax necessary? Because otherwise, manufacturing and other economic activity will be offshored to countries with the lowest tax levels. Not only will this create an enormous emissions loophole, it will also render the whole idea of carbon taxes politically untenable. Indeed, WTO rules practically require equivalent carbon taxing from one country to the next.

4. I believe that Herman Daly, whom I esteem greatly, is mistaken when he asserts (July 7 email) that “a carbon tax does nothing to limit … [the] Jevons [Paradox],” which Herman helpfully defines as the notion that “improved efficiency in the use of a resource does not lead to a reduced total use of the resource — instead it usually results in a greater total use as increasing number of uses offsets the greater efficiency of each use.”

As a broad generalization, the Jevons Paradox does apply to energy efficiency induced through regulatory standards, but not to efficiencies engendered through or accompanied by increases in the price of energy. In the former case (no energy price increase), the per-unit cost of the energy service is reduced, so naturally more of the service is consumed. But in the latter case (energy made more costly through a carbon tax), the total cost of the energy service is not lowered, hence the spur to consume more of the service will not be present.

I wrote about this at length in Grist several years ago, in response to David Owen’s provocative review of the Jevons Paradox in the New Yorker, “The Efficiency Dilemma.” Readers may wish to read my post before responding.

To my four points, I should add that, aside from economists, it is relatively rare for individuals to grasp just how powerful (efficacious) a robust carbon tax would be. My modeling, which you can examine here (the link goes to my carbon tax spreadsheet model), suggests that the carbon tax proposed in legislation introduced recently by U.S. Member of Congress Jim McDermott (D-WA) would, in 10 years, reduce U.S. CO2 emissions by around 30% below levels that would otherwise obtain. I see no reason to doubt that an equivalent tax in other countries would engender comparable reductions.

As to feasibility and practicality: I well recognize the massive difficulty of winning a U.S. legislative majority for such a program. I persist in advocating for it because I view the potential payoff as enormous and the probability of success as better than that of any robust alternative. I also “call on” the knowledge that other battles that appeared daunting when I first became engaged in them decades ago are now either won or winnable: stopping the growth of nuclear power in the U.S., establishing bicycling as mainstream transportation in New York and other U.S. cities, and turning culture and law against traffic violence in NYC and elsewhere. Needless to say, in each I was part of a movement — as is increasingly the case in carbon tax campaigning today.

PS: Earlier today I looked up the carbon tax manifesto of sorts that I wrote at Lorna’s urging in 2003. I think it holds up well.