Could the “Green Paradox” Thwart a Carbon Tax?

One of the best attributes of carbon taxes is that they’re fairly immune to the law of unintended consequences. No gaming or criminal mischief. No rebound effects. Just a classic downward-sloping demand curve: the fossil fuel provider pays the tax, the price of the petroleum product or coal-fired kilowatt-hour goes up, dirty energy’s market share goes down. 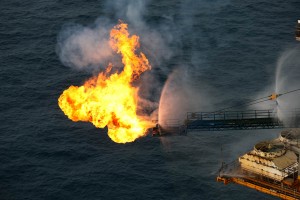 But there’s a lurking concern that surfaces from time to time in the literature of resource economics and “Pigovian” taxes: raising the prices of fossil fuels too rapidly might induce the owners of those resources to extract them faster in the near term, a phenomenon known as the “green paradox.” In this scenario, fossil fuel owners would flood the market to reap higher sales before the carbon tax got big enough to kill off business. This near-term fossil fuel binge would increase CO2 emissions, obviating the fuel-shifting and demand-busting that a carbon tax would otherwise induce.

The green paradox is a direct corollary of Hotelling’s rule, a bedrock principle of resource economics. It came to mind this week as we digested the new report from the 34-nation Organization for Economic Cooperation and Development, Climate and Carbon: Aligning Prices and Policies. The OECD report urges an “explicit price on carbon” as the key mechanism to reduce global CO2 emissions. The report points to the IPCC’s newly confirmed finding that atmospheric greenhouse gases must not exceed 450 parts per million CO2-equivalent. Adhering to the resulting global “carbon budget” will necessitate zeroing out net global emissions by the second half of this century, according to OECD.

[e]xplicit carbon pricing mechanisms, such as carbon taxes and emissions trading systems, [which] are generally more cost-effective than most alternative policy options in creating the incentive for economies to transition towards zero carbon trajectories.

[U]se of these [pricing] mechanisms is expanding in developed, emerging and developing economies, but there is considerable scope for further uptake by governments. Overcoming political opposition to putting an explicit price on carbon will often require close attention to the distributional and competitiveness implications on the domestic economy.

OECD also stresses the need for governments to eliminate fossil fuel subsidies and to enact complementary policies such as energy efficiency standards for buildings, homes and automobiles.

If, as OECD suggests, explicit carbon pricing is to drive CO2 emissions to zero by mid-century, it will have to be aggressive enough so that fossil fuels become uneconomical and are overtaken by zero-carbon alternatives. The Carbon Tax Center and a number of economists have attempted to model the price trajectory needed. While such modeling is highly speculative — it’s almost impossible to explicitly model technological innovation, for example — we estimate that the CO2 price will need to surpass $300/ton by mid-century.

That’s a hard sell politically, of course, though we often point out that a carbon tax can replace other taxes so our total tax burden need not increase. But there’s also Hotelling’s rule to consider.

In a seminal paper published in 1931, Harold Hotelling posited that exhaustible resources are a form of capital available for extraction at any time at a known cost. He showed mathematically that in a dynamic, competitive equilibrium (where sellers compete and are free to respond to changes in supply and demand), prices of such resources rise at the rate of interest. Imposing a tax that raised the price of fossil fuels faster than the interest or “discount” rate would therefore make the resource more valuable now than in the future. Thus, the “green paradox”: a carbon tax rising too fast could induce more global warming by triggering a near-term rush to extract and market fossil fuels. (Note that an expectation of rapidly rising subsidies to renewable energy could induce a similar rush to extract fossil fuels.)

Nevertheless, a new paper by Prof. Robert D. Cairns of McGill University concludes that fears of the “green paradox” are overblown in the context of oil pricing. In The Green Paradox of the Economics of Exhaustible Resources, Cairns points out that oil and gas production is limited by the drilling activity in the previous period; production from wells tends to diminish along a predictable “decline curve” reflecting diminishing hydraulic pressure in the formation. Because producers can’t cost-effectively increase production very rapidly, the assumptions of Hotelling’s rule don’t apply. Similarly, capacity to drill new wells is limited in the short term by availability of drilling rigs and related equipment; investments in additional capacity don’t pay off immediately, they must be amortized over time by expected future activity.

Hotelling may reign but he does not rule. Models in his tradition assume free allocation of
resources over time. The rule is an arbitrage condition relating the values of net price over the
productive life of the reserve. Empirical evidence suggests that allocation is subtler than in the
Hotelling model. The operative constraint in oil industry is that allocation over time is capped in
one of a number of ways, so that arbitrage among periods is constrained. Calculations and comparisons are not simply of current costs at different time periods but of commitments, especially sunk costs, predicated on the entire future of operations.

Economic theory and empirical evidence suggest that Cairns’ conclusion isn’t limited to oil. Coal and gas extraction are also constrained by physical and capital factors that limit resource owners’ ability to accelerate production enough to overwhelm the benefits of a predictably-rising carbon price.

Like the vast majority of economists, we agree with OECD that a global carbon price is key to zeroing out global CO2 emissions. Prof. Cairns and a growing body of literature show that fears of the “green paradox” shouldn’t deter policy-makers from setting an aggressively-rising carbon tax trajectory that meets the goal of zero emissions by mid-century.