The Politics and Economics of Obama’s New Climate Program

We present this guest post by Robert J. Shapiro, Co-founder and Chairman of Sonecon, LLC, and U.S. Under Secretary of Commerce for Economic Affairs during 1997-2001. Click here for his full bio, and here for the same post on Sonecon’s blog. Dr. Shapiro joined CTC’s board earlier this year.

The Supreme Court’s blockbuster decisions on voting rights and same-sex marriage attracted most of the attention, but President Obama also moved decisively last week, on climate change. The facts that drove the President are scientifically undisputed. Increasing concentrations of greenhouse gas emissions in the earth’s atmosphere continue to raise global temperatures; and without serious action, the long-term effects on sea levels and climate could be catastrophic. Yet climate-change deniers on the far right have a tight hold on a majority of congressional Republicans, who now won’t even acknowledge the threat. With no hope of reaching a reasonable accommodation, the President put forward new regulations that don’t need their approval — and ultimately will be less effective and more costly for average Americans than the alternatives which Congress won’t consider. 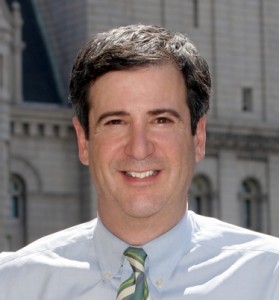 For a while now, most climate experts and economists have broadly agreed that the most efficient and effective way to reduce these carbon and other greenhouse gas (GHG) emissions is the direct approach: Raise the price of fuels based on the GHG emissions they produce, and so raise the price of all goods and services based on the emissions created to produce them. In principle, this approach could attract bipartisan support. It rests on one of the bedrock tenets of conservatism, the power of prices in free markets, as well as the liberal disposition to create national programs to improve the general welfare. Yes, the most straightforward way to achieve such climate-friendly fuel prices is apply a dreaded tax to all forms of energy based on their carbon dioxide (CO2) and other GHG emissions. But even that, in more placid political times, could be a basis for attracting broad support, since the revenues from a climate tax could be dedicated to cutting payroll, corporate and other, more economically-distorting taxes.

The truth is that every other serious approach to climate — from a cap-and-trade system to the President’s new regulations — also would raise prices: Directly or indirectly, they make it more expensive to use fuels that emit more than their share of greenhouse gases, relative to other fuels that damage the climate less. Over time, those price differences should gradually move millions of businesses and tens of millions of households to favor the cheaper, more climate-friendly fuels and technologies, and the goods and services produced using them.

The sobering news is, we don’t have much time. Scientists warn that however broadly we might adopt the current generation of cleaner fuels and technologies, the atmospheric concentrations of CO2 and other GHG will soon reach levels that will produce serious climate changes. However, the economics of setting a clear and hefty price on carbon and other GHG would also create new incentives that could extend the frontiers of climate technology. If energy companies, scientists and entrepreneurs can be certain about the price of carbon and other greenhouse gases, looking forward — if they know how much more it will cost people to use climate-damaging fuels, compared to climate-friendly ones — that would create strong incentives to develop and adopt the next generation of climate-friendly fuels and technologies.

The question is, how efficient and effective are each of these approaches, and which is most likely to spur new advances? The question highlights the costs of the extreme right’s current hold on congressional Republicans, which drives the political stalemate on climate policy and has left President Obama with few options apart from executive regulation. His new regulatory agenda has three parts. It includes, first, higher energy-efficiency standards for appliances and buildings, aimed at reducing energy use whether clean or otherwise. There also are new loan guarantees for projects to reduce or isolate the greenhouse gases emitted by fossil fuels, and additional grants to develop more efficient biofuels. These guarantees and grants are designed to promote greater use of more climate-friendly technologies and fuels by reducing the cost of capital to develop them. While these measures provide a sense of the administration moving on many fronts, their combined impact on the climate crisis will be modest.

There is one measure that could matter a great deal more: The President has directed the EPA to develop new CO2 and other GHG emission standards for existing power plants. This follows EPA regulations proposed last year that set similar standards for new power plants. The logic is straight-forward: Set standards that will force utilities to rapidly shift from coal to natural gas and renewable fuels. This makes sense, since the use of cheap coal to generate electricity accounts for about half of worldwide carbon and other GHG. Shifting to natural gas worldwide would cut life-cycle GHG emissions by 20 percent, and shifting to renewable fuels would reduce those emissions by as much as 40 percent.

There is no doubt that sufficient regulation could move the United States to a path under which our GHG emissions would decline in a sustained way. But using regulation in this way will cost Americans a great deal more than a carbon tax with the same result.

Under the new regulation, existing power plants will have to develop and adopt new investments that meet a new, uniform standard by reducing their emissions from fossil fuels or converting their plants to use cleaner fuels. To begin, monitoring and enforcing such regulation will cost a lot more than collecting a tax. More important, the program suffers from the inefficiencies of most regulation, because some utilities will be able to meet the regulation much more cheaply than others, based on the state of their current plants. For example, plant A could reduce its emissions by a required unit by investing $1,000,000, while plant B could reduce its emissions by the same unit for $250,000, and by two units for $500,000. So, reducing emissions by two units under the regulation will cost $1,250,000, while plant B could achieve the same result for the climate under a tax or a cap-and-trade system for $500,000. Under all of these alternatives, most of the costs are passed along to the ratepayers and consumers. But a tax with offsetting tax reductions could return much of those costs to everyone. Based on a simulation from several years ago, those costs could average some $1,500 per-household, year after year.

Finally, while the new regulations should spur technological innovations to enable utilities to meet the standard more efficiently, the incentive to innovate will dissipate once the standard is met. By contrast, the economic incentives to develop and adopt cleaner fuels and technologies never go away under an emissions tax, since every incremental advance would reduce the tax and, with it, the price of energy.

This past weekend, President Obama also devoted his weekly address to his new climate program. He deserves credit for refusing to be cowed by his opponents’ intransigence. He could truly elevate his presidency, however, by taking the case for a carbon/GHG tax with offsetting tax cuts to the country, and beating his opponents on one of the most fateful challenges we face today.