Time for a Smart Taxpayer Revolution

Guest post by Lindsay Sturman, a writer living in Los Angeles with her family.

We all hate taxes, but we also want and need government services. Rather than raise taxes or cut services, there’s a Third Way that has been overlooked: tax behavior that costs the public money.

“Sin taxes,” or better yet, “Smart Taxes” create a virtuous cycle – the tax raises the price of the product, causing consumption to drop, thus reducing the costly and damaging behavior. It’s Economics 101 – if we raise the price, we’ll get less of the behavior. 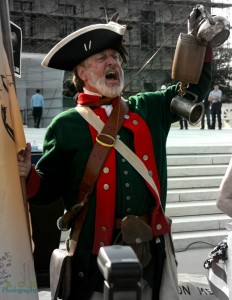 It’s unusual in government to have your cake and eat it too – but “Smart Taxes” is one of those rare perfect storms.

Tobacco is a great example, because most people wish fewer of us smoked, especially children. Over a hundred studies have shown that raising the price of cigarettes causes consumption to go down. Smoking also costs taxpayers dearly in health care costs treating Medicare and Medicaid patients for lung cancer, emphysema, chronic pulmonary disease and heart disease. Economists across the political spectrum agree that a pack of cigarettes should be taxed to reflect the true cost to society of smoking so taxpayers are not subsidizing tobacco companies.

Think about it: tobacco companies put out a product that causes disease and death, they make a handsome profit, and society is stuck with a huge bill estimated to cost the U.S. $96 billion a year, according to the Campaign for Tobacco-Free Kids. Economists have a word for the damage: an “externality.” In a perfect capitalist system, the cost of the externality of lung cancer would be captured in the price of a pack of cigarettes.

Carbon combustion is another area that costs us dearly – in higher rates of diseases such as asthma, traffic crashes, tailpipe and smokestack pollution, and the potentially catastrophic effects of global warming. Why should taxpayers subsidize the corporate pollution and the detrimental effects of a product, while the polluters walk away with a huge profit? Let the polluters pay, and let the price reflect the cost.

Along with cigarette taxes, another smart tax in use for decades is alcohol taxes, which cover at least some of the cost of alcohol-related disease and accidents. Along the same lines, a tax on bullets could offset some of the societal costs of shootings – the costs to hospitals, police departments and the court and prison system; this was once a political non-starter, but there is now a growing movement calling for this change. We could also be made better off, economically and health-wise, by taxing sugar and soda consumption that contributes to the marked increase in diabetes and obesity-related diseases; the costs are staggering, with obesity alone costing America a shocking $147 billion a year.

Here are examples of Smart Tax proposals from across the political spectrum:

By taxing “bads” we can achieve the trifecta: raise money to treat the disease/damage/costs, reduce consumption and thus prevent disease/damage/costs in the first place, and make a dent in health care spending and the cost of government across the board. Not to mention avoiding the incredible suffering these diseases cause – which is the best reason to do it.

Smart Taxes do not have to be a tax increase, but rather a tax shift. For every dollar raised in carbon, alcohol, and tobacco taxes, another tax could be lowered dollar for dollar: payroll taxes, income taxes, business taxes, or sales taxes. Lowering those taxes would encourage the economic activity that we want more of but which our upside-down tax system inhibits. Republicans and Democrats alike agree that sales taxes cut down on sales and payroll taxes impede job growth.

Smart Taxes could motivate the next taxpayer revolution. Whatever our political persuasion, we as citizens need to demand that our elected officials lower taxes on “goods” and raise them on “bads.”