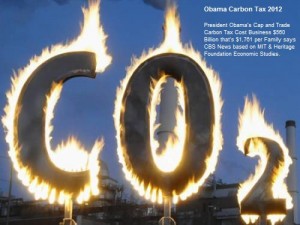 The heftier of the two reports, weighing in at 145 pages, is by Harvard Poli Sci Professor Theda Skocpol. Her exhaustive but riveting narrative, “Countering Extremism, Engaging Americans in the Fight against Global Warming,” is a pointed rebuke to complaints by Big Green leaders like EDF’s Fred Krupp and NRDC’s Dan Lashof that President Obama’s decision to tee up health care reform first spelled doom for cap-and-trade legislation.

Skocpol contrasts the extensive grassroots network built to educate the public and support health care reform with green groups’ obsessive insider-dealing to win backing for cap-and-trade from fossil fuel interests. She cites a May 2009 Rasmussen poll conducted on the eve of the House vote on the 1400-page Waxman-Markey cap-and-trade bill showing that more than three-quarters of respondents had no idea what cap-and-trade meant. [Skocpol, p 53].

[G]lobal warming reformers must mobilize broad, popularly rooted support for carbon-capping measures that have something concrete to offer not just to big corporate players, but also to ordinary American citizens and to local and state groups. Another legislative effort based on insider bargains and pay-offs is not likely to be successful – given conservative capacities to mobilize grassroots opposition, plus the level of distrust that most Americans now have about complex insider bargains in Washington DC. [p 113]

The other post-mortem, “The Too Polite Revolution, Why the Recent Campaign to Pass Comprehensive Climate Legislation in the United States Failed,” is by journalists Petra Bartosiewicz and Marissa Miley. Their report offers juicy details from the months of heated back-room negotiations by the Big Green-led US Climate Action Partnership (USCAP) to win support from the polluters whose emissions would be “capped” by Waxman-Markey. Like Skocpol, who relied heavily on Bartosiewicz and Miley’s interviews and research, they urge greens who want effective climate policy to start by building, or tapping into, a strong grassroots movement.

Both reports applaud legislation proposed in 2009 by Senators Cantwell (D-WA) and Collins (R-ME) to “cap” U.S. CO2 emissions by requiring polluters to bid on a declining supply of pollution allowances. But unlike Waxman-Markey’s attempt to pay off polluters, Cantwell-Collins would initially return 75% of auction revenue to households in the form of pro rata monthly “dividend” payments. (The fraction of revenue returned to households would decline as the “cap” tightened.) Skocpol concludes that, in contrast to cap-and-trade, “Citizens could understand and trust this policy.” [p 125]

Skocpol acknowledges the overwhelming preference of economists for an even more transparent and straightforward approach: a straight tax on carbon pollution. Yet she nevertheless dismisses efforts to include a carbon tax in fiscal and tax reform as the “latest quixotic DC quest for an insider bargain on climate change.” [p 113] She points out that, immediately following Obama’s re-election, the entire House GOP leadership signed the “no climate tax pledge” of the Koch brothers-backed Americans for Prosperity. She concedes that a carbon tax might find its way into fiscal or tax reform legislation; but citing Congress’ failure in 1993 to enact a “BTU tax” (which broke down in squabbling over exemptions), she concludes that a carbon tax would pass only if:

a lot of moderate Congressional Democrats got exceptions for their favorite regional fossil-fuel industries and were convinced that revenues from this tax are vital to reducing the deficit without eliminating or squeezing other federal programs they want to preserve… [I]f a carbon tax happens this way, it will look corrupt and not be very understandable to most ordinary American citizens – and so it will be easily ridiculed and demonized by rightwing advocates and media figures who have already demonstrated their ability to rouse populist opposition and stoke public fears about complex, opaque insider measures. [p 112]

At this point, you may be tempted to tear up Skocpol’s paper in frustration. We certainly were. In dismissing prospects for building a carbon tax into comprehensive tax reform, Skocpol has rejected the possibility that a transparent, understandable proposal can spark the public education and movement-building that she herself forcefully advocates. In contrast to the opacity and complexity of cap-and-trade – a policy practically built for back-room dealing – a simple, transparent economy-wide tax on carbon pollution can be explained as a way to offset fossil fuels’ artificial advantage over energy efficiency and renewable energy. Moreover, if the alternative to a carbon tax is higher taxes on productive activity such as work and investment, might not the public, and even some Republicans, be supportive?

Skocpol is also critical of efforts (by NRDC and others) to bypass Congress via EPA regulation of greenhouse gases. While we at the Carbon Tax Center have pointed out the limited effectiveness of such regulatory steps, she points out that they also face substantial political obstacles:

Some anti-global warming reformers fantasize that the second Obama administration can act freely through the EPA without worrying about Congress or national popular support… Even bold regulatory steps by the EPA – such as using its authority under the Clean Air Act to crack down on existing coal-fired electric-generating plants – are likely to be blocked or undercut as long as GOP radicals have major leverage in Congress.

Where do these bleak diagnoses leave us? Still reeling from Hurricane Sandy, the not-too-distant memory of Hurricane Katrina, 332 consecutive months of above-average global temperatures, and a worldwide pattern of chaotic, extreme weather, voters seem to be refocusing on global warming. President Obama placed climate high on his inaugural agenda, but within days press secretary Jay Carney repeated his post-election disclaimer: the Administration has no intention of proposing a carbon tax. The Sierra Club and 350.org are organizing (yet another) climate demonstration in Washington DC on February 17 to demand Obama disapprove the Keystone XL pipeline. Yet they don’t demand a tax on carbon pollution but instead resort to the fuzzy euphemism for cap-and-trade, “put a price on carbon.”

Both Skocpol’s and Bartosiewicz & Miley’s post-mortems conclude that cap-and-trade was killed by a collision with intransigent Republicans, abetted by the folly of Big Green’s attempt to buy off polluters. They call for a broad movement to support a cap on greenhouse gas emissions and suggest it could be built on distribution of auction revenue to the public via a “dividend.” But their autopsies overlook another insidious poison: the duplicity inherent in advocating an emissions “cap” while denying that unless revenue return is included in the legislation, cap-and-trade is a hidden, volatile and regressive tax collected and securitized by Wall Street traders.

The real lesson of the Waxman-Markey debacle is that cutting deals with polluters while hiding the price doesn’t work. How about, instead, a genuine public education and organizing effort with a full-throated call from the environmental community for a substantial, briskly-rising tax on carbon pollution, with no exemptions?