Why Isn't The Environmental Community Using the Fiscal And Tax Reform "Window" to Push For A Carbon Tax?

A carbon tax offers a unique and powerful combination of fiscal, economic-efficiency and environmental benefits, argued Adele Morris, the Brookings Institution’s Policy Director for Climate and Energy Economics, at an Oct. 18 forum convened by the Brookings Institution, the Urban Institute and the Tax Policy Center. Morris acknowledged the political obstacles. One of course is the failure of anti-tax politicians to distinguish beneficial “Pigouvian” taxes on pollution from conventional taxes that burden and discourage productive activity. But another has been “tepid” support for a carbon tax from the environmental community.

We heard that as a challenge: Why has the environmental community (with a few notable exceptions) parked itself on the sidelines of this crucial policy debate?

Adele shared her presentation text, which we reproduce below:

Time to ’86 the Tax Code? Prospects for Tax Reform After 25 Years

The potential role for a carbon tax in a broader tax reform package is timely and economically important. This paper addresses two aspects of the issue: the economics and the politics. It makes good economic sense to embed a carbon tax in a broader tax reform package. If you’re going to “go big” on deficit reduction, it makes sense to include a carbon tax, and likewise if you’re going to do serious climate policy, it makes sense to raise revenue for deficit reduction or to offset other taxes. Despite the strong economic case, the political challenges to a carbon tax are many, and they aren’t just from anti-tax Republicans who don’t believe in the science of climate change. Some of the headwind to a carbon tax derives from tepid enthusiasm from Democrats and the environmental community.

First and foremost, the reason to do a carbon tax is to reduce the risks posed by climate change. If you don’t believe the science that indicates that humans are responsible for rising temperatures then naturally there is nothing else compelling beyond this point. But if we stipulate the risks of climate change, then a policy that prices those damages (as best as we can estimate them) into fossil fuels is an economic no-brainer. 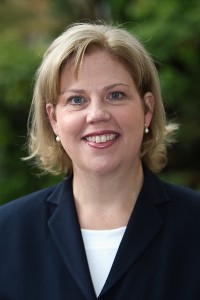 The kind of carbon tax policy I support is the canonical carbon tax recommended by many economists. It would fall on the carbon content of fossil fuels broadly across the economy. It would start modestly, at something like $15 to $25 per ton of CO2, and ramp up at a modest real rate over inflation, something like 4 percent per year. It would allow tax credits for carbon in fuels that are not subsequently emitted, for example because it is sequestered underground or embodied in a product, such as plastics.

While it’s true that tax reform is hard enough without larding it up with a grab bag of other policy priorities, especially something as contentious as climate policy, there are several good economic reasons to combine these two efforts. First, a carbon tax can raise significant revenue. Depending on the tax rate, it can raise more or less revenue, but estimates suggest that a price on carbon about $33 per ton of CO2 in 2020 would raise about $180 billion per year. A tax of about the size I described earlier would start out at revenue of about $100 billion per year, and it would rise from there. However, the revenue profile isn’t as steep as you might think because people respond exactly as you want them to — by emitting less carbon. That means that although the tax rate goes up, the revenue tapers off and eventually falls over the long run as the falling emissions dominate the higher tax rate. So a carbon tax is a medium- to long-run revenue instrument, but as emissions fall to low levels in the very long run the tax eventually raises little revenue, which is exactly what you want if the goal is to stabilize greenhouse gas concentrations in the atmosphere.

A second reason to embed a carbon tax in broader tax reform is that a carbon tax can be regressive. If you don’t make the carbon tax part of a progressive tax reform, then you have to fix the regressivity within the climate policy or not fix it at all. If you address the regressivity within the carbon tax system, you can end up with less efficient climate policy – for example with rebates to households to offset higher energy bills. This blunts the incentive to conserve energy, which means you have to have a higher carbon price to get the same environmental benefits, which is obviously more costly.

Third, a carbon tax used for deficit reduction could possibly avoid some of the protracted rent-seeking we saw over the cap-and-trade bill, where relatively little of the debate over cap-and-trade was over the cap — most of the squabble was over who got the free allowances. Everyone who thought they were about to lose their share of the pie had incentive to block the measure and get another bite at the pie. Maybe if all the carbon tax revenue goes to deficit reduction or to fund the reduction of other taxes, then there’d be less to squabble over and we could make some progress.

Fourth, a carbon tax policy that doesn’t apply the revenue for deficit reduction or to offset other distortionary taxes would be a lot more costly to the economy than one that does. The economic literature is clear on this. If you just give away allowances or carbon tax revenue, you’re not getting the economic benefit of reducing distortions from the existing tax system which in turn makes the climate policy a lot more costly than it could be.

A final reason to embed the carbon tax into other tax reform is that it might make it harder to unwind later. There’s always going to be a constituency to repeal the carbon tax, and it will get louder as the tax and retail energy prices go up. If there’s a countervailing constituency that is the clear beneficiary of the other taxes reduced, then we have a counterweight. That’s what they did in British Columbia, which is a model we should consider.

More on the Politics

AEI’s Kevin Hassett recently observed that one reason we not have discussed climate policy this long without actually putting a price on carbon is that economists haven’t done a good job convincing Republicans that Pigouvian taxes are okay, meaning that taxing something you want less of is good economic policy. I agree with his assessment.

I also think economists haven’t done a good job convincing the environmental community that Pigouvian taxes are good environmental policy. After decades of opposition, the good performance of the Acid Rain program led environmentalists to support the idea of cap-and-trade to control air pollutants. And we saw their strong support of the cap-and-trade legislation as it moved through the House but died in the Senate in 2010. However, even as the environmental community embraced cap-and-trade, which put a specific limit on emissions, they didn’t entirely trust it to do the job. Recall that only one title of the monster bill was cap-and-trade. The environmental community embraced, and still does, a wide variety of ancillary policies, some of which would have been redundant to the cap. These include appliance standards, fuel economy standards, renewable energy mandates and subsidies, and a host of other measures that would have shifted around where emissions reductions occurred and raised costs, but not necessarily decreased emissions below the cap.

The political reality is that Democrats will likely have to give up something to get a carbon tax. It might include proposed or existing clean air act regulations that could become redundant with a carbon tax, spending on clean energy or green jobs initiatives, or transfers to what Republicans view as sketchy UN bureaucracies for climate finance in developing countries. (I would note that the politics of those ancillary policies aren’t just about concern about the environmental effectiveness of a carbon tax; there are important Democratic constituencies for these clean energy measures, such as renewable energy firms and labor unions.) But be that as it may, I think the way forward, if Democrats are serious about putting a price on carbon, is for leaders to put together a carbon tax proposal and to sell it in part by describing what they would be willing to give up to get it.

It might have to wait until we’ve tried everything else, and it hasn’t worked. We can pursue appliance standards and renewable subsidies and the like. Then when we’re not meeting our environmental goals, we’ll converge on the economic equivalent of concluding the earth revolves around the sun and put a price on carbon.