With a $1.5 trillion budget “canyon” to leap across, the new “super-committee” would be wise to summon the special elastic power of a gradually-rising carbon tax.

After prolonged high-wire suspense and partisan brinksmanship, President Obama and Congress agreed in early August to establish the twelve-member “Joint Select Committee on Deficit Reduction” to tackle the budget deficit and the national debt. The “super-committee,” as the JSC was instantly dubbed, comprises six Representatives and six Senators, three chosen by the leadership of each party in each chamber. 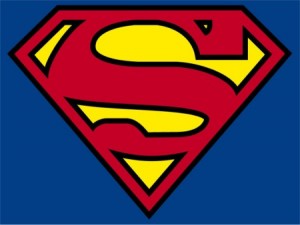 The JSC’s mission is to agree on $1.5 trillion in deficit reduction steps to be undertaken over the next decade. These spending cuts or revenue enhancements are to constitute a second installment beyond the $917 billion in cuts agreed to in the bargain to raise the debt ceiling. The JSC is to deliver its recommendations to Congress on Nov. 23, with the House and Senate required to vote the entire package “up or down” a month later. If the JSC cannot agree on deficit reduction steps of the required magnitude, or if Congress fails to adopt them, that will trigger $1.2 trillion of automatic cuts divided equally between domestic and military spending.

To be sure, Washington’s obsession with putting our faltering economy on an austerity diet is deeply troubling to Keynesians, including the Carbon Tax Center. Nevertheless, the fix is in, so let’s examine how a carbon tax could be made part of the debt and deficit solution.

1) More budget cuts, which would contract the economy, compounding unemployment and speeding our descent into another recession,

2) Raising revenue by reforming the tax code, for instance by closing loopholes or reducing tax “expenditures” (i.e., tax exemptions that function as government grants), or

Given the Herculean dimensions of the super-committee’s task, the JSC may find itself pressing all three buttons. In the revenue category, there’s been some discussion of a “value added tax,” but less about a carbon tax or a Tobin (financial transactions) tax both of which have strong policy advantages.

Last year, William Galston of Brookings and Maya MacGuineas of the Committee for a Responsible Federal Budget included a carbon tax in their report, A Balanced Plan to Stabilize Public Debt and Promote Economic Growth. Also in 2010, Congressional Budget Office founder Alice Rivlin reportedly suggested a carbon tax to both the Simpson-Bowles commission, and the Rivlin-Domenici commission. Unfortunately, her recommendation didn’t make it into either final report, even though well-known economists Gilbert Metcalf and William Nordhaus conveyed the same recommendation to the Simpson-Bowles commission. Now the advent of the JSC with its $1.5 trillion mandate and short deadline has dialed up the pressure to look for revenue sources.

How much would a carbon tax reduce deficits? In May, the deficit-hawkish Peterson Institute hosted a fiscal summit in Washington, at which four out of six leading think tanks, including the conservative American Enterprise Institute, suggested pricing carbon as a way to raise government revenue. AEI recommended a carbon tax starting at $26 per ton and growing by 5.6 % per year after that. According Peterson, the proposal would raise $161 billion per year by 2020, enough to reduce the federal budget deficit by 22% that year. They point out that this is greater than the savings from raising the national retirement age to 70 and would reduce the deficit the same amount as eliminating all foreign aid and federal funding for education.

The Carbon Tax Center’s model shows that a more aggressive carbon tax proposed by Rep. John Larson, rising each year by an average of $12.50 per ton of CO2, would generate about $475 billion of new revenue by the tenth year. This would eliminate around 80% of that year’s CBO-projected deficit while reducing U.S. carbon emissions by 30%. Moreover, the mere expectation of a gradually-rising carbon price will reduce the risks and increase the returns to investors in low- and zero-carbon energy and energy efficiency, as former Federal Reserve economist Alan Blinder pointed out last winter in the Wall Street Journal. In other words, simply enacting a carbon tax – even one with a “grace period” prior to startup – would provide a stimulus to a key technology sector (not to mention one in which the U.S. is falling behind China and Germany).

Aside from the carbon tax rate, what other design criteria need to be weighed for a carbon tax to reduce both deficits and CO2 emissions? Economist Gilbert Metcalf recommends a tax covering not just CO2 but other greenhouse gases: methane, nitrous oxide, fluorinated gases and sulfur hexafluoride. Metcalf, a Tufts University economist now serving the Treasury Department, argues that this more broadly-based tax would achieve much greater emissions reduction, particularly in the early years, by inducing replacement of climate-damaging refrigerants and solvents with more benign substitutes – an easier task than rapidly phasing out fossil fuels.

What about the potentially regressive effects of carbon or GHG taxes on modest-income households? When Chad Stone, chief economist at the Center on Budget and Policy Priorities, analyzed the Waxman-Markey cap-and-trade bill in 2009, he concluded that only 15% of the permit revenues would be needed to compensate households in the bottom 20% of the income range for the price increases induced by carbon pricing. Presumably, this finding holds for a simple carbon tax as well. (The revenue could be distributed in a monthly or even weekly “lump sum” by electronic funds transfer). To build in this protection for the most vulnerable, we should reduce estimates of revenue available for deficit reduction by about 15% to provide funding for low income assistance.

If legislators choose to compensate a larger income range from the effects of a carbon tax, then of course, a greater share of revenue will be needed. But because of the strong upward skew in carbon use over the income range, the revenue needed to compensate lower and even modest income levels is substantially less than their proportion of the population, leaving a large portion available for deficit reduction.

Both the Domenici-Rivlin and the Simpson-Bowles deficit commissions considered a so-called “Value Added Tax.” A VAT is a sales tax applied at every level, which would particularly burden retailers and is likely to be even more regressive than a carbon tax. Europeans routinely refer to the EU’s VAT as a nuisance to business – it must be factored into virtually every business transaction – and punishment of the poor. Moreover, VAT’s have no climate or other social benefits, aside from being a source of revenue. When the energy and climate benefits of a carbon tax are compared to gumming up our economy with a VAT that “sticks” to everything, a carbon tax looks sleek, maybe even sexy.

A carbon tax should also be structured to protect energy-intensive industries in relation to overseas competitors. In their 2009 paper, “Design of a Carbon Tax,” Gilbert Metcalf and David Weisbach articulated a simple structure for harmonizing border tax adjustments that, consistent with the WTO’s prohibition on discriminatory taxes, would apply a carbon-equivalent import duty to energy-intensive commodities such as steel, aluminum, paper, chemicals and cement, along with finished products containing them. If a foreign manufacturer could show that its process is less carbon-intensive than production in the U.S., then its harmonizing carbon tax would be reduced.

In summary, a rising carbon tax offers the JSC an attractive revenue stream for deficit reduction, obviating the need for more onerous and regressive levies such as Value Added Taxes. Low income households could be protected from disproportionate regressive effects by setting aside 15% of carbon tax revenues. And with WTO-sanctioned border tax adjustments, a carbon tax will not disadvantage U.S. industry and will spur much-needed innovation, investment and job growth in low-carbon energy and efficiency in the U.S. It will also encourage establishment of a global carbon price with commensurate global emissions reductions.

The super-committee will need nothing short of super powers to leap across a $1.5 trillion chasm. A carbon tax can provide the extra “bounce” of a substantial and growing revenue stream along with the clear, predictable price incentives needed for sound climate policy and a healthy and growing clean energy sector.