Why Setting The Social Cost of Carbon Is Like Sound Parenting

The U.S. may not yet have an actual carbon price, i.e., a carbon tax, but last year, a federal Interagency Working Group set a virtual “social cost of carbon” to be used in governmental cost-benefit analyses policies that affect energy and climate. This official estimate of the social cost of carbon — it was later formalized in a Department of Energy rule — is $21/ton of CO2, a figure that equates to around 20 cents per gallon of gasoline and 9/10 of a cent per kilowatt-hour sold. 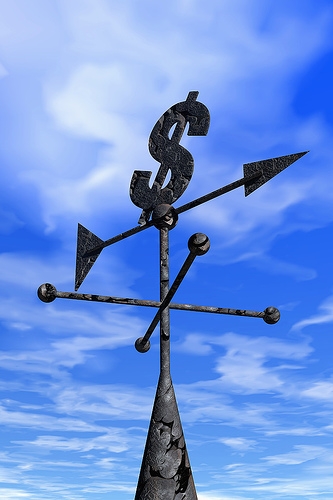 You can view the social cost of carbon, or SCC, as an estimate of the “true” climate cost of fossil fuels — the cost of doing nothing about global warming. In economic theory it’s the “optimal” Pigovian carbon price or tax – the levy that would tell decision-makers across the economy how much effort to make to reduce CO2 emissions to minimize economic harm from global warming. If the SCC is set too low, economic actors won’t do enough to avert disaster; if it’s too high, we’ll overreact and suppress otherwise economical uses of fossil fuels.

Determining the appropriate or optimal SCC is a bit like deciding how much to spend on fire insurance — except that in this instance we know that if we do nothing, there’s a “fire” coming; we just don’t have a good handle on how bad it will be or when it will burn out of control. Now, a new, peer-reviewed report, “Revising the Social Cost of Carbon,” by economists Frank Ackerman and Elizabeth Stanton of the E3 Network, argues persuasively that DOE’s rule has set the social cost of carbon far too low.

Ackerman and Stanton identify assumptions about three crucial parameters that led the Working Group to substantially under-estimate the SCC:

1) Climate Sensitivity. This term carries a specific meaning in climate discourse: how much warmer Earth’s climate will get, on average, if CO2 concentrations in the atmosphere double from the historic 270 ppm to 540 ppm. Not long ago, the working consensus among climate scientists was that climate sensitivity (CS) was about 3 degrees Celsius (5 degrees Fahrenheit). But CS has always been expressed in ranges. For example, while the 2007 IPCC Fourth Assessment Report used the 3 degree C figure for CS, it also estimated that there is at least a 1-in-20 chance that doubling the CO2 concentration will cause 7 degrees C of warming, meaning that the Earth’s atmosphere may be more than twice as sensitive to CO2 as is generally assumed.

To get a feel for the magnitude of that much warming, consider that the difference between our climate today and that of the last ice age, when North America was covered by glaciers, is only about 8 degrees C. To the extent that scientists have overlooked important feedback mechanisms that will make the Earth get hotter as CO2 levels rise, CS will need to be revised upward.

2) Damage Severity. How much harm will any given amount of warming cause and how soon? Ackerman and Stanton critique the Working Group estimates which relied heavily on modeling by noted Yale economist William Nordhaus. They found that his damage function is set so low that it predicts half of world economic activity would continue even when Earth’s temperature had risen 19 degrees C!  In contrast, Harvard economist Martin Weitzman estimates that “just” 6 degrees C of warming would wipe out half of world economic activity. For support, Weitzman cites estimates published in the proceedings of the National Academy of Sciences that a global-average 12 degrees C rise would leave large parts of the world experiencing heat episodes at least once a year that no humans could survive. Needless to say, this suggests that Nordhaus is far too sanguine on damage severity, and that the Working Group’s estimate of the social cost of carbon is far too low.

3) Discount Rate. Discounting is the economist’s tool for quantifying the importance of future consequences in present-day decisions. The choice of a high discount rate makes the future seem farther off and represents an implicit assumption that future well-being is less important. A low discount rate weighs the future more heavily.  (To give high-discount rate economists their due, they argue that innovation will allow future society to cope and, indeed, prosper better than supposedly “static” models give credit for.)

If we assume that the future will be prosperous and that humans can adapt to a drastically-altered world, maybe it’s not so bad to lose half of whatever we now value in life to the ravages of global warming. But if the future looks like a long stretch of hard times, or if preserving some semblance of “traditional” nature and society is accorded some intrinsic value, then losing half might really be painful, especially if it means we lose half of our food production.

The Working Group used a relatively high discount rate of 3% in arriving at its SCC of $21/ton. Ackerman and Stanton point to the Stern Review of the Economics of Climate Change which used 1.5%. At bottom, the discount rate is a value judgment, akin to the question of how much to save for your 2-year-old’s education. But like the decision to start saving early, the discount rate affects results later very strongly.

Revised Estimates: Ackerman and Stanton argue that unrealistically low damage assumptions combined with over-discounting cause the official SCC of $21 to be many times too low. Using a range of assumptions from models and assessments that they consider more realistic, they calculate SCC values ranging from $56 to $893. While this range is obviously extremely broad and heavily dependent on assumptions, Ackerman and Stanton also point out that when the social cost of carbon — essentially the present value of the future damage if we do nothing about climate — passes a certain point, standard cost-benefit analysis stops making sense. In that situation, any action we can take to reduce carbon emissions is virtually guaranteed to cost less than the discounted present value of the damage.

Translated into pricing policy, this means that if a carbon tax is meant to internalize the social cost of carbon, it needs to aim high. While there are downsides to setting the carbon tax very high initially, it needs to rise (and be expected to rise) briskly enough to induce as much reduction in CO2 emissions as fast as our economy can deliver.

In short, the message of “Revising the Social Cost of Carbon” sounds like time-honored parental advice: Start modestly, don’t delay, and aim high. Ironically, it’s Generation Hot — to use journalist Mark Hertsgaard’s evocative phrase — who will need to deliver that message to their elders, rather than the reverse.