The drawbacks of the cap-and-trade approach for pricing and reducing carbon emissions are legion. They include complexity, volatility, lack of price predictability, vulnerability to financial speculation, and impossibility of harmonizing across borders.  Now there’s another, courtesy of a 2010 report by an economist at the World Bank: Institution of a cap-based emissions program by oil-importing countries works to increase oil exporters’ market power, revenue and profits; whereas a carbon tax would have the opposite effect.

That’s the conclusion we draw from Jon Strand’s “Taxes and Caps as Climate Policy Instruments with Domestic and Imported Fuels.” As Dr. Strand, who chairs the economics department at the University of Oslo and has served as a senior economist at the World Bank since 2008, wrote: 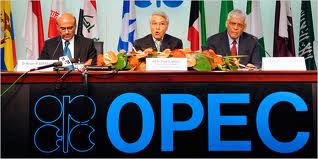 For his paper, Strand modeled a simple situation: Region A consumes two classes of fuels: imported oil and domestically-produced energy. Region B (interpreted as OPEC, plus Russia) exports fuel (oil) to Region A. Each region seeks to maximize revenue in response to the strategy of the other region. Strand concluded that the consuming region would be strategically weaker vis-à-vis the producing region under a carbon emissions cap than under an equivalent carbon tax.

Here’s why: Micro-economic theory teaches that a monopolist sets an optimum price to maximize revenue. Set the price too high, and sales volume falls, more than offsetting the increased revenue generated by a higher price. Set the price too low, and increased sales don’t overcome the lost revenue. Now picture a carbon emissions cap legislated by the importer, Region A. Because the cap constrains sales volume, the monopolist exporter can shift its (optimal) price upward without cutting sales volume. In contrast, were the importer to implement a carbon tax, this would reduce the exporter’s optimal (revenue-maximizing), price because the higher, tax-including price would reduce sales.

As Strand puts it, under cap-and-trade,

[T]he exporter strategically adjusts its tax [or export price] so as to extract maximum rent from the importer, at the given (exogenous) cap, leading to a zero equilibrium value for tradeable emissions quotas in the importer region.

Strand’s analysis points to a fundamental issue that cap-and-trade promoters tend to play down. A cap is an indirect way to set a price by limiting supply. But if someone upstream — the fuel exporter or its government — raises the price (or tax), the allowance price will fall. In the extreme, the exporter could raise the price enough to achieve the emissions reductions mandated by a cap and drive the allowance price down to zero. In other words, the importing nation’s cap enables the fuel exporter to reap a windfall by raising prices without sacrificing sales because falling allowance prices under the cap will tend to “absorb” the exporter’s price increase. In contrast, with a fixed (or gradually-rising) carbon tax, the exporter will be pressed to reduce prices to compensate for the tax in order to maintain sales volume at the revenue-maximizing point.

Strand isn’t the first economist to suggest this advantage of a carbon tax. In 2009, economists at the University of Ontario concluded that in addition to reducing CO2 pollution and providing revenue with which to reduce other taxes, carbon taxes offer a third important benefit: transferring revenue from OPEC to oil-importing countries, reducing OPEC’s monopoly power. Similarly, in an earlier (2002) paper, “Can Carbon Tax Eat Opec’s Rents?,” economists from MIT and the Helsinki School of Economics concluded that a “carbon tax can be used to reduce the producer price of fossil fuels and thereby to shift resource rents from the resource-exporting countries.”

The European Union’s cap-and-trade experience during the current steep recession offers insight into caps’ perverse interaction with “exogenous” (outside) forces. The recession curbed economic activity, and at the same time oil prices rose. In response, energy demand fell, driving down the price of CO2 allowances needed to burn fossil fuels. The EU’s emissions have declined during recent years, not because the cap is doing much to constrain emissions, but because those exogenous factors have reduced demand. Indeed, in the “uncapped” U.S., the trend of falling emissions very closely matches the downward emissions trend in the EU. In effect, a slow economy cut demand, and higher exporter oil prices captured “rent” from under the cap, holding allowance prices down and making it less effective at “putting a price on CO2” that would induce long term investment in alternative energy. 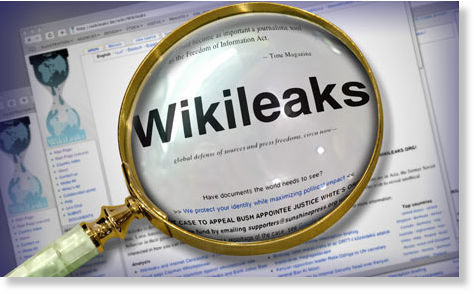 As we learned last week from a diplomatic cable written by U.S. Secretary of State Hillary Clinton, released by Wikileaks, “[D]onors in Saudi Arabia constitute the most significant source of funding to Sunni terrorist groups worldwide.” (NYT, Dec. 5.) Saudi Arabia, of course, is the world’s largest petroleum exporter and the second largest crude oil producer (after Russia). The Saudi economy is utterly dependent on oil and petroleum-related industries, including petrochemicals and petroleum refining, with oil export revenues accounting for 90 percent of total Saudi state revenues and more than 40 percent of the country’s GDP.

It thus may not be much of a stretch to ask if a U.S. carbon cap (especially when added to an EU cap) could wind up helping funnel money to Islamic fundamentalists with terrorist inclinations. Obviously, Strand’s analysis oversimplifies the situation — oil exporters are not a strict monopoly, they do compete somewhat, and energy technology or consumption patterns could change the dynamic. But it’s worth noting that economic analysis suggests that a carbon tax would tend to work against the interests of the oil cartel, while cap-and-trade would tend to reinforce the cartel’s price-setting leverage.

“With the first global tax on carbon emissions OPEC would achieve the most efficient and just way to do what Kyoto has failed to: make carbon emitters internalize the effects of their actions and pay for the pollution they create,” Ecuador’s President Rafael Correa said.