Last week, Bill Gates. This week, Bjorn Lomborg. With the world’s #1 software magnate and the man whom the Guardian labeled “the world’s most high-profile climate change skeptic” both endorsing a carbon tax, is the tide of influential opinion on climate policy and carbon pricing turning? 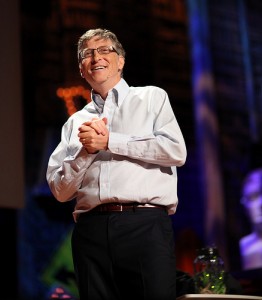 Let’s look at Lomborg first. The Danish policy analyst built a lucrative career lambasting climate-change advocates as scaremongers who would consign millions to early death by devoting resources to decarbonizing the world economy rather than fighting killer diseases like malaria. But in a new book to be published next month, the self-styled “skeptical environmentalist” reportedly will call global warming “one of the chief concerns facing the world today” and “a challenge humanity must confront.” According to the Guardian, Lomborg will urge investing tens of billions of dollars a year to tackle climate change, with the funds to be raised through a carbon tax.

In somewhat overheated prose, the Guardian called Lomborg’s new-found resolve to combat global warming “an apparent U-turn that will give a huge boost to the embattled environmental lobby.”

Gates, on the other hand, has long worried about climate change. But in an interview in Technology Review last week, he added a new wrinkle: criticism of cap-and-trade:

TR: [A]lmost everyone agrees that there needs to be a price on carbon–whether a Pigovian tax or a cap-and-trade system. Without a price, there’s going be very little incentive to do the kinds of research, or create the kinds of technologies, or build out the kind of infrastructure, that we need.

Gates: No, that’s not right. It’s ideal to have a carbon tax, not just a price on carbon, which is this fuzzy term that includes cap-and-trade.

Gates: Which is more likely: a [hidden] carbon tax [Gates’ way of describing cap-and-trade] with all sorts of markets and options and uncertainties about prices, and traders in the middle, and confusion about who initially gets the most advantage? Or a regulatory thing that says you mark every coal plant in the country with when it has to be retired, and a 2 percent tax to fund the R&D so that utilities know they can buy a plant that’s emitting hardly any CO2?

Gates’ disparagement of cap-and-trade is striking. But neither his 2% carbon tax nor Lomborg’s, which appears to resemble Gates’ in magnitude and function ─ funding energy R&D ─ is going to end the reign of fossil fuels in the foreseeable future. 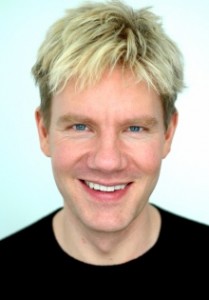 The notion of an R&D solution is alluring. Who doesn’t want there to be global warming antidotes lurking in garages and labs, waiting for funding to unlock them? But it’s a chimera. Even with unlimited research funding, no technological breakthroughs can dislodge carbon-based fuels from dominion over the world’s energy economy. Fossil fuels’ energy density is too great, and their positional advantages of infrastructure and institutions too powerful.

Yes, subsidies can help push renewables past the “hump” in the S-curve to where scale economies can kick in and take a few bites out of the fossil fuel pie. But as New Republic blogger Brad Plumer pointed out recently, “Government subsidies just don’t pack the same punch as a market price on carbon pollution.” When a commodity or activity causes harm, the surest way to reduce it isn’t to subsidize a thousand and one alternatives but to directly discourage the thing by internalizing the cost of the harm into its price.

Ironically, Barack Obama appeared to grasp this during his run for the presidency. In a February 2008 interview with the San Antonio Express he enthused over the idea of a carbon tax:

Q. Have you considered … taxing emerging energy forms, for example, say a penny per kilowatt hour on wind energy?

A. Well, that’s clean energy, and we want to drive down the cost of that, not raise it. We need to give them subsidies so they can start developing that. What we ought to tax is dirty energy, like coal and, to a lesser extent, natural gas. (emphasis added)

How big a carbon tax is needed? A lot more than 2%. Raising electricity prices by 2%, if that’s what Gates envisions, would reduce electricity usage by an estimated 1.4% over the long run. Assuming, as modeling at the Carbon Tax Center suggests (xls), that fuel substitution (gas and nuclear for coal, wind and solar for gas, etc.) contributes roughly two units of carbon reduction for each unit gained from demand destruction, the total impact of the Gates tax on carbon emissions from the electricity sector would be just 4-5%. Since other sectors are less price-elastic, the average economy-wide reduction would be even less, probably just a few percent.

Contrast this with the bill introduced by Rep. John Larson (America’s Energy Security Trust Fund Act of 2009, H.R. 1337), which has a first-year carbon tax of $15 per ton of CO2 increasing steadily and predictably at $10-$15/ton each year, that would cut (xls) U.S. carbon emissions by approximately 30% by 2020, or an order of magnitude more than Gates-Lomborg carbon taxes. And Larson would return the vast bulk of carbon revenues to workers’ paychecks while setting aside a fund for the sort of clean energy R&D that Gates and Lomborg espouse.

Why the 10-fold difference in impact? A large carbon tax like Rep. Larson’s would create profound incentives: on the demand side to use less energy (via billions of decisions at household and social levels), and on the supply side to shift fuels and power to low- and zero-carbon sources (via thousands of decisions by entrepreneurs, utilities and energy companies). A mere 2% carbon tax, even one with revenues allocated to R&D, would not.

In his Technololgy Review interview, Gates at least coupled his carbon tax with a notion of ordering utilities to shut down CO2-intensive plants at such and such a time:

And then you just take all the carbon-emitting plants, you look at their lifetime, and you say on a certain date this one has to be shut down, and when a new one is put in place, it has to be low-CO2-emitting.

But how this would come to pass in the absence of price signals and corrections justifying it financially is, to be charitable, unclear.

Both Gates and Lomborg deserve plaudits for their disavowals: of cap-and-trade by Gates, of climate-change denialism by Lomborg; and for embracing the idea of a carbon tax. They now need to see the next light: to have the necessary impact, a carbon tax can start modestly but must keep rising predictably. Fortunately, we have the example of British Columbia to show that an upward-trending carbon tax of the needed size can be politically popular if the revenue is returned to the public.