Another question directed to the Carbon Tax Center: Would a carbon emissions cap become an emissions minimum as well as maximum, in effect precluding reductions below the cap level?

A “cap” of the type embedded in the House-passed Waxman-Markey bill (ACESA) is a legislated number of allowances, or permits, corresponding to tons of CO2 to be emitted. If the number of allowances is less than total expected CO2 emissions for that year, the shortfall will create an allowance price sufficient to drive demand down to the cap level. A too-loose cap (where allowances exceed emissions) will cause the carbon permit price to approach zero, as has occurred in the EU’s Emissions Trading Scheme.

Now, what happens if some people “virtuously” reduce emissions for altruistic reasons? Would they simply be making room under the cap for more emissions by someone else? Prof. James Kahn at Washington & Lee University examined a similar issue: the ramifications of hypothetical new low-carbon energy technology under a cap. Using standard tools of economic analysis such as demand curves, Kahn found that the reduction in allowance prices due to the new technology would stimulate new demand that would exactly cancel out the reduction in emissions. Extrapolating from Kahn, it appears reasonable to expect that altruistic reductions under a carbon cap would similarly reduce allowance prices and create a price signal to consume more, thus canceling out those reductions. 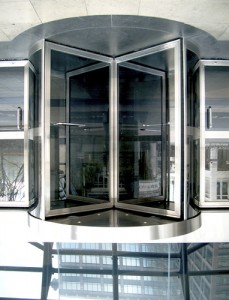 This perverse consequence of a carbon cap makes perfect sense, unfortunately. Consider a commuter who, independent of any price signal or federal legislation, resolves to give up solo car commuting for a carpool. Under a cap system, this “exogenous” reduction in demand for carbon emitting will lead to a slightly lower emission permit price — thus stimulating some additional use of fossil fuels elsewhere. The incremental usage might be a reciprocal departure from a carpool, or cranking up the heat, or a return to buying bottled water rather than refilling at the tap … or any of a thousand other ways to burn carbon. The result, in the end, will be the same: virtue in one arena will be offset elsewhere, due to the price-equilibrium-seeking mechanism of the cap.

It gets worse: ACESA includes both a cap and a “renewable electricity standard” (RES) which mandates that electric utilities buy a gradually-increasing fraction of their energy from renewable sources. Resources for the Future studied this same policy combination in Germany. Its finding: Germany’s combination of an RES with a cap caused an increase in the use of coal to generate electricity, as the growth in renewable-energy output created room under the cap for more coal-fired generation elsewhere. In effect, the renewables displaced natural gas-generated electricity instead of coal because gas was more costly, even with coal’s much (roughly 80%) higher carbon content and allowance cost. (This perverse incentive would disappear if allowance prices rose to a level making electricity generation from coal more costly than natural gas.)

To summarize, a carbon cap would tend to cancel out emissions reductions resulting from personal choices and from new technologies. Virtuous conservation and new technologies would reduce allowance prices, stimulating more consumption by others. And, by combining renewable electricity standards with a cap, ACESA would create another perverse incentive because shifting electricity generation to renewables tends to make more room under a cap for coal emissions.

A carbon tax, in contrast, would be free of such “canceling out” mechanisms. Indeed, if anything, “my” tax-induced conservation would tend to encourage “yours” by helping move societal norms away from consumption. And a gradually increasing carbon tax would obviate the need for renewable electricity standards by increasing the cost of high-carbon fuels and stimulating demand for low-carbon alternatives.

Finally, a carbon tax would sidestep what is likely to be cap-and-trade’s biggest “toxic” side effect: a volatile new carbon market that would benefit only speculators and could crash world financial markets again.