Jim Hansen is director of the NASA Goddard Institute for Space Studies, but he writes on this policy-related topic as a private citizen. This post first appeared on Huffington Post on July 9.

It didn’t take long for the counterfeit climate bill known as Waxman-Markey to push back against President Obama’s agenda. As the president was arriving in Italy for his first Group of Eight summit, the New York Times was reporting that efforts to close ranks on global warming between the G-8 and the emerging economies had already tanked:

The world’s major industrial nations and emerging powers failed to agree Wednesday on significant cuts in heat-trapping gases by 2050, unraveling an effort to build a global consensus to fight climate change, according to people following the talks. 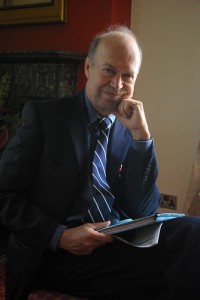 Of course, emission targets in 2050 have limited practical meaning — present leaders will be dead or doddering by then — so these differences may be patched up. The important point is that other nations are unlikely to make real concessions on emissions if the United States is not addressing the climate matter seriously.

With a workable climate bill in his pocket, President Obama might have been able to begin building that global consensus in Italy. Instead, it looks as if the delegates from other nations may have done what 219 U.S. House members who voted up Waxman-Markey last month did not: critically read the 1,400-page American Clean Energy and Security Act of 2009 and deduce that it’s no more fit to rescue our climate than a V-2 rocket was to land a man on the moon.

I share that conclusion, and have explained why to members of Congress before and will again at a Capitol Hill briefing on July 13. Science has exposed the climate threat and revealed this inconvenient truth: If we burn even half of Earth’s remaining fossil fuels we will destroy the planet as humanity knows it. The added emissions of heat-trapping carbon dioxide will set our Earth irreversibly onto a course toward an ice-free state, a course that will initiate a chain reaction of irreversible and catastrophic climate changes.

The concentration of CO2 in our atmosphere now stands at 387 parts per million, the highest level in 600,000 years and more than 100 ppm higher than the amount at the dawn of the Industrial Revolution. Burning just the oil and gas sitting in known fields will drive atmospheric CO2 well over 400 ppm and ignite a devil’s cauldron of melted icecaps, bubbling permafrost, and combustible forests from which there will be no turning back. But if we cut off the largest source of carbon dioxide, coal, we have a chance to bring CO2 back to 350 ppm and still lower through agricultural and forestry practices that increase carbon storage in trees and soil.

The essential step, then, is to phase out coal emissions over the next two decades. And to declare off limits artificial high-carbon fuels such as tar sands and shale while moving to phase out dependence on conventional petroleum as well.

This requires nothing less than an energy revolution based on efficiency and carbon-free energy sources. Alas, we won’t get there with the Waxman-Markey bill, a monstrous absurdity hatched in Washington after energetic insemination by special interests.

For all its “green” aura, Waxman-Markey locks in fossil fuel business-as-usual and garlands it with a Ponzi-like “cap-and-trade” scheme. Here are a few of the bill’s egregious flaws:

There is an alternative, of course, and that is a carbon fee, applied at the source (mine or port of entry) that rises continually. I prefer the “fee-and-dividend” version of this approach in which all revenues are returned to the public on an equal, per capita basis, so those with below-average carbon footprints come out ahead.

A carbon fee-and-dividend would be an economic stimulus and boon for the public. By the time the fee reached the equivalent of $1/gallon of gasoline ($115/ton of CO2) the rebate in the United States would be $2000-3000 per adult or $6000-9000 for a family with two children.

Fee-and-dividend would work hand-in-glove with new building, appliance, and vehicle efficiency standards. A rising carbon fee is the best enforcement mechanism for building standards, and it provides an incentive to move to ever higher energy efficiencies and carbon-free energy sources. As engineering and cultural tipping points are reached, the phase-over to post-fossil energy sources will accelerate. Tar sands and shale would be dead and there would be no need to drill Earth’s pristine extremes for the last drops of oil.

Some leaders of big environmental organizations have said I’m naive to posit an alternative to cap-and-trade, and have suggested I stick to climate modeling. Let’s pass a bill, any bill, now and improve it later, they say. The real naivete is their belief that they, and not the fossil-fuel interests, are driving the legislative process.

The fact is that the climate course set by Waxman-Markey is a disaster course. Their bill is an astoundingly inefficient way to get a tiny reduction of emissions. It’s less than worthless, because it will delay by at least a decade starting on a path that is fundamentally sound from the standpoints of both economics and climate preservation.

Former Defense Secretary Robert McNamara, who died this week, suffered for 40 years — as did our country — from his failure to turn back from a failed policy. As grave as the blunders of the Vietnam War were, the consequences of a failed climate policy will be more severe by orders of magnitude.

With the Senate debate over climate now beginning, there is still time to turn back from cap-and-trade and toward fee-and-dividend. We need to start now. Without political leadership creating a truly viable policy like a carbon fee, not only won’t we get meaningful climate legislation through the Senate, we won’t be able to create the concerted approach we need globally to prevent catastrophic climate change.