The similarly supersized Waxman-Markey bill couldn’t be more different – not just in genre, but in attitude. Where Brown gave his life to abolish slavery, the “American Clean Energy and Security Act of 2009” seems intent on postponing Americans’ day of reckoning with climate-damaging fossil fuels.

In a bid to pick up support from coal state Democrats, Waxman and Markey this week pruned their cap-and-trade “20% by 2020” greenhouse gas (GHG) reduction target to 17%. The actual reduction will almost certainly be even less, thanks to the bill’s generous “offset” provisions and the economic collapse that has pushed emissions way below levels from the 2005 base year. 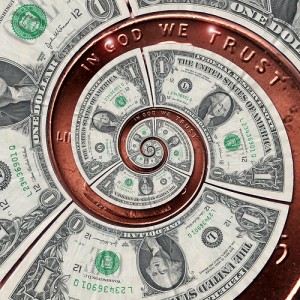 Worse, if a larger share of the GHG reductions comes from “other” greenhouse gases such as methane and nitrous oxide, then reductions from fossil fuel burning will be disproportionately smaller. While that won’t necessarily hurt the climate, it will mean that many of the ancillary but vital benefits from reducing carbon emissions, such as reduced oil dependence and diminished environmental destruction from coal mining, will be watered down.

To make my points, I’m going to go quantitative and speak of emissions in “CO2 equivalent terms,” in which emissions of methane and other GHG’s are scaled up to reflect their true heat-trapping capacities. All figures are in millions of metric tons (“Tg” or trillion grams). Ready?

Worse, non-CO2 emissions, which accounted for 1,056 Tg in 2005, are probably fertile territory for quick and cost-effective fixes. If that component could be shrunk at twice the overall target rate, i.e., by 34%, it would contribute 359 Tg of the necessary 1,212 Tg total reduction. This would allow a mere 853 Tg of CO2 to be cut from the 2005 base year, or only 549 Tg to be cut from this year’s estimated CO2 emissions of 5,770 Tg. The latter drop, a paltry 9.5%, could be gotten with annual reductions averaging just 0.9%. And of course the use of offsets will dilute those reductions even further.

Let’s round that 0.9% annual CO2 reduction rate from 2009 to 2020, to 1%, and take it out to 2050. At that rate, in 2050 CO2 emissions would have fallen from today’s levels by only one-third. Even if non-CO2 GHG emissions were completely eliminated, total U.S. emissions of greenhouse gases in 2050 would still be down by less than half (46%) from those in the 2005 base year. There’s a world of difference, alas, between that and the ostensible 80% reduction.

I ran a few of these numbers past a journalist I know who follows climate policy. He replied that “The political deal was to eviscerate short-term drivers [reductions and price rises] in order to get a long-term framework in place.” Maybe so, but what’s troubling is that the first GHG reductions are supposed to be easier to get than the last. Not to mention that U.S. environmentalists once had pretensions of making our country a model for the world, and weren’t going to settle for anything less than science-driven reductions.

I know, I know, investments take time to bear fruit, and the bulk of the reductions to mid-century will come via economies of scale and tech breakthroughs and societal tipping points. But at this stage that’s a matter of faith as much as of empirical evidence (as well as a subject for a separate post). And, last time I checked, Congress had not abolished the Law of Diminishing Returns and its corollary about low-hanging fruit.

Some say that Waxman-Markey, while imperfect, is at least a step on the road toward ridding society of fossil fuels. With the anemic numbers shown here, it smacks more of accommodation than abolition. Our atmosphere still awaits its John Brown.

On the same day this was posted to Grist, the Economist ran an editorial, Compromise has enfeebled America’s cap-and-trade bill. A carbon tax would be better, roundly criticizing the Waxman-Markey bill. While the entire editorial is worth reading, the conclusion is particularly trenchant:

The weakening of this bill illustrates one of the central problems with cap-and-trade systems. They are complex, obscure and therefore susceptible to horse-trading. A chunk of allowances can be handed out to one lobby, a sliver to another, and soon the system’s effectiveness has been sliced away. The corresponding attraction of a carbon tax, which this newspaper has always supported, is its simplicity. The government sets the rate. Everybody can see what it is. Voters get transparency. Businesses get certainty. And the government gets a large chunk of revenue—not to be sniffed at in these difficult times.

This is an important moment. Thanks to much effort on the part of many well-intentioned people, America is prepared to legislate to control carbon. The country needs to seize this opportunity and introduce a simple carbon tax. Sceptics will howl about the initial cost, but it will be transparent and far, far cheaper than the impact of serious climate change.