“For more than 20 years, I have supported a CO2 tax, offset by an equal reduction in taxes elsewhere. However, a cap-and-trade system is also essential and actually offers a better prospect for a global agreement, in part because it is difficult to imagine a harmonized global CO2 tax. Moreover, I have long recognized that our political system has special difficulty in considering a CO2 tax even if it is revenue neutral.” — Al Gore, quoted in New York Times, House Bill for a Carbon Tax to Cut Emissions Faces a Steep Climb, March 7.

Harmonization:  Mr. Gore has raised a crucial concern: Any carbon-reduction policies the U.S. enacts must quickly go global. Acting alone or counter to other nations’ efforts will not suffice. 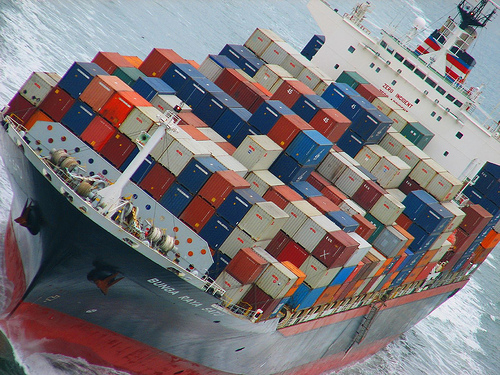 Indeed, Rep. John Larson’s new carbon tax bill employs precisely this strategy. In effect, the U.S. would collect and retain the revenue generated by equalizing carbon taxes on products imported from countries that haven’t enacted their own or whose carbon tax rate is lower than ours. That will provide a powerful incentive for our trading partners to follow our lead.

In contrast, under cap-and-trade, harmonization would require determining the implicit carbon price in a system where carbon prices are hidden and fluctuating. The CBO report observed, “Linking cap-and-trade programs would… entail additional challenges beyond those associated with harmonizing a tax on CO2.” The report noted, for example, that linked cap-and-trade programs could create perverse incentives for countries to choose less stringent caps so they could become net suppliers of low-cost allowances.

Or, the report continued, if a country that did not allow borrowing future allowances linked with a country that did, firms in both countries would have access to borrowed allowances. CBO concluded that “[O]ther flexible design features — such as banking, offsets, and a safety valve — would be available to all firms in a linked system should any one country allow its firms to comply in those ways.”

In short, national cap-and-trade systems would be nearly impossible to harmonize globally because different countries are likely to enact cap-and-trade systems with differing features that when linked would tend to defeat or de-stabilize each other. On the other hand, harmonization of domestic carbon taxes using border adjustments is a familiar and straightforward process for international trade and tax law experts under WTO.

Political Feasiblity: Gore also lamented that “our political system has special difficulty considering a carbon tax even if it is revenue neutral.” He has a point. After decades of anti-tax propaganda from the likes of Grover Norquist, Congress is understandably inclined to hide carbon pricing under a name like “cap-and-trade.” But when that first cap-and-trade price spike hits a public that was sold cap-and-trade as the un-tax, won’t its superficial naming advantage evaporate like morning dew? Will “cap-and-trade” still sound better than “revenue-neutral carbon tax” when we’re stuck with a slow, complex, costly and ineffective system?

Moreover, unlike cap-and-trade, a national carbon tax is showing signs of bipartisan support. One reason is that a carbon tax dispenses with the protracted drafting and wrangling inherent in cap-and-trade. British Columbia implemented its carbon tax in five months.

Cap-and-trade is “also essential”: Perhaps to newly-unemployed derivatives traders. But not for the rest of us. The Larson bill assures specific emissions reductions (as surely as with any other system) without the inherent problems of trading carbon derivatives. The bill automatically bumps up the carbon tax rate if emissions stray from an EPA-certified path to cut emissions by 80% from 2005 levels in 2050.

Yes, we can imagine, and yes, we must enact, a harmonized global carbon tax system. Al Gore and Jim Hansen persistently warn us: curbing the menace of uncontrolled climate change requires aggressive world-wide incentives to usher in efficiency and renewables. Price transparency and incentives for other nations to enact carbon taxes are crucial.

Rep. Larson has defied the naysayers; he has put the “t” word back on the table. Not a moment too soon.