Note: On Oct. 15, the Alaska Permanent Fund Corporation wrote CTC with helpful details that clarify and correct some of the representations in our Aug. 29 post. The APFC graciously granted permission for us to print their e-mail in full, which we have done at the foot of this post. — C.K.

John McCain’s pick for vice-president isn’t shaping up as a win for Teddy Roosevelt-style conservation. A list of Alaska Gov. Sarah Palin’s positions on key environmental issues posted by the folks at Grist includes these anti-green stances: 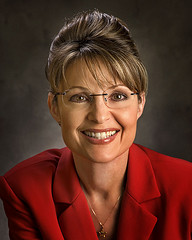 The $1,200 per capita “resource rebate,” was proposed by Palin in July and enacted by the legislature on Aug. 7 “as a way for the state to share some of its multibillion-dollar oil revenue surplus with Alaska residents,” according to the Anchorage Daily News, effectively making it a hybrid of the Alaska Permanent Fund and the federal economic stimulus package that distributed checks to U.S. families earlier this year.

As we have long pointed out, the Alaska Permanent Fund offers a proven, straightforward model for distributing federal (or state) carbon tax revenues in revenue-neutral and progressive fashion: returning those revenues equally to all U.S. residents.

With carbon tax revenues distributed through pro rata dividends, the vast majority of poorer households, and a majority of middle-income families as well, would get back more in the dividends than they would pay in the tax. (For a federal carbon tax, the dividend checks should be provided at least quarterly and perhaps even monthly to keep households ahead of the budget treadmill.) This would cushion the impact of higher prices from carbon pricing while retaining the incentives for businesses, institutions and individuals to transist rapidly to a low-carbon economy.

This Labor Day weekend and beyond, the media will doubtless focus on Gov. Palin’s impact on McCain’s election chances. Let’s hope that a few enterprising reporters will use the selection of a candidate from the Last Frontier State as an occasion to focus on the “Alaska Dividend” as an equitable and politically palatable way of packaging a revenue-neutral national carbon tax.

I saw your post today that you wrote in August mentioning the Alaska Permanent Fund.  I thought you might want to know that the Fund does not send out checks from oil taxes or royalties. The Fund invests 25% of the oil royalties that the State receives (no portion of any oil taxes come to the Permanent Fund) and then sends dividends from the income on investments. This includes rent on commercial real estate, stock dividends and bond interest.

Since 1977 the Fund has received $13.2 billion in oil deposits, which has grown through investments to a current value of $30 billion while paying out $16.7 billion in dividends since 1982.

This year was a little confusing because the dividend was $2,069 per person.  On top of that Governor Palin and the Legislature added an additional $1200 that came straight out of oil revenues (royalties and taxes) in the State’s general fund.

Since you are proposing our model as something that could have a broader US application, I thought you might want to know that it isn’t a straight redistribution of oil revenues. Please let me know if you have any questions.