Emissions Migration: One More Reason for the U.S. to Lead with a Revenue Neutral Carbon Tax

During an internship with the Carbon Tax Center this summer, as part of my graduate work at Columbia University, I prepared a working paper that weighs the costs and benefits of a carbon tax and emissions migration. My main finding is that the risks of not pricing carbon far outweigh the possible pitfalls of carbon taxes. Click here to see a copy of my paper, Global Emissions Migration and a Revenue Neutral Carbon Tax. 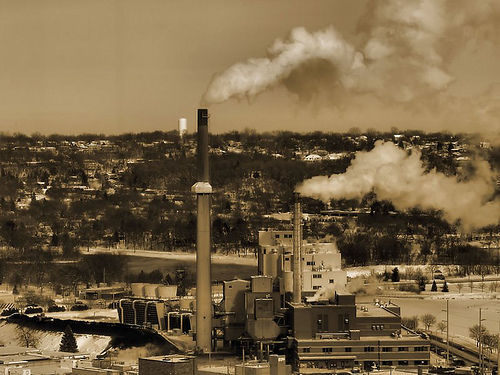 My paper demonstrates that the gloom and doom about America’s industries packing their bags and heading for low-cost countries in Asia or elsewhere at the first serious sign of a U.S. carbon price is grossly exaggerated. In fact, if carbon taxing leads the U.S. to reward labor and income more, and greenhouse gas emissions less, the opposite is more likely to occur. Placing a clear and certain price signal on carbon, which by the way is elusive with a cap and trade design for all the reasons described in an issue paper prepared by the Carbon Tax Center, has huge implications for the 10 trillion dollars of new capital the IEA estimates will be available for energy investments by 2030. With a revenue neutral tax, capital will neither be left sitting on the sidelines waiting for the rules to be clarified, or, still worse, locked up in soon to be obsolete or outlawed dirty coal plants. Instead, with clean energy a clear winner on their balance sheets thanks to a tax shift, U.S. firms will capture a huge new competitive advantage in the “next big thing” in the global economy – clean, carbon-free energy. The new investments will create many new middle-income jobs at home and contribute to a sustainable infrastructure driven boom. According to the excellent new book Earth: The Sequel by Fred Krupp, President of the Environment Defense Fund, clean tech typically provides twice the jobs per investment as traditional nuclear or coal plants. The costs of not enacting a carbon tax are millions of jobs lost and trillions of dollars of new investments stuck in limbo in the coming decades. The people who harp on emissions migration rarely mention this sobering opportunity cost to not pricing CO2.

Our country’s dependence on foreign oil creates huge economic, environmental and national security issues.   Reliance on dirty coal is an environmental disaster, with new coal plants locking us into either intolerable emissions or the need to throw away money by shutting the plants before the end of their useful lives. By providing a powerful new incentive for clean energy development and deployment, the United States will not just see new investment and sustainable economic growth for decades to come, but get way ahead of the innovation curve in key areas like concentrated solar – and export these technologies to the world! Technologies like solar thermal, direct current transmission lines and clean coal + carbon capture are rapidly maturing today. The problem is they have to compete with coal, which is literally and figuratively as cheap as dirt, when its true costs are not factored into its price. Alas, with our current stagnant and backwards energy plan, Germany and Japan are dominating the field of clean tech (about 90% market share) while the U.S. sits paralyzed for lack of responsible public policy. The real issue is not emissions migration, a drop in the bucket compared to the torrent of new investments and development that would flow from a revenue neutral price on carbon. The real issue is when will the U.S. stop searching high and low for excuses and scapegoats like emissions migration, and develop a real energy plan?