Match the statement with the "green" source:

Answer: None. The statements are real, alright (though elided slightly here), but none is from a certified greenie. All three are from articles in mainstream magazines: Business Week (The Real Question: Should Oil Be Cheap), National Journal (How to Get Serious About Energy Policy), and Time (10 Things You Can Like About $4 Gas), respectively. All three appeared in the past month.

Nor were the quotes chosen selectively. Almost any sentence picked at random from the articles would say the same thing: Expensive energy, though painful for a nation built on cheap fuels, is
an absolute necessity for dealing with oil dependence and global warming. 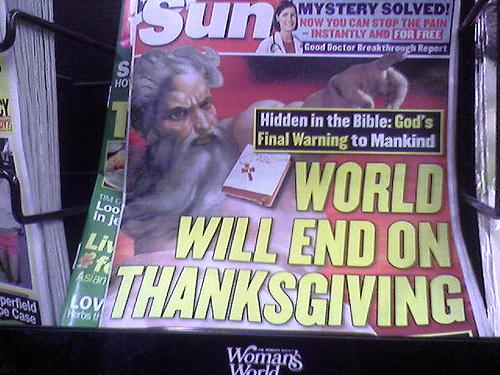 Clearly, a change is in the air. America is growing up, as I argued in an article in Gristmill in May reporting public rejection of the gas-tax "holiday" proposed by Senators Clinton and McCain.

Naturally, not everyone in the media has gone adult. Rush Limbaugh, for one, dismissed the Time article as yet another attempt to "tell you how to live ’cause you’re too stupid to know, by effete-snob Drive-By Media leftists." But a new consensus is emerging among mainstream media: "There’s no faster mechanism than high prices for oil to change behavior… You suddenly are reminded how the economy works." (Time, quoting author Eric Roston) "Expensive energy, in many ways, is good." (Business Week) "A revenue-neutral package of a carbon tax and cuts in other taxes is
surely within the bounds of domestic political salesmanship." (National Journal)

Of course, the recent rise in energy prices is neither sufficient nor optimal. Higher energy prices are best delivered via tax policy so the increased revenues can be socially invested or, better, returned to individuals and families, rather than lining the pockets of obscenely wealthy Saudis, Russians and Texans. A rising trajectory of prices also needs to be locked in. (Business Week: "What really drives behavior is not the actual price, but the perception of where costs will be over the long term.") A host of market barriers still impede energy efficiency. And tackling carbon emissions requires a carbon tax; coal’s abundance ensures that the market can’t manage alone.

The National Journal article, by veteran political reporter Clive Cook, is notably upbeat on the last possibility. The subhead reads, "Politicians of both parties take it for granted that the American voter cannot tolerate an explicit tax on carbon," a notion that the article calls into serious question. We close with these excerpts:

The country’s mood on global warming has changed — most people now seem to take the danger seriously — but public opinion on energy policy has two contradictory strands. People are worried about rising temperatures and changing climate; but they are also worried about expensive gas. If you are serious about reducing carbon emissions, expensive gas is not a problem; it is an unavoidable part of the solution.

Politicians of both parties take it for granted that the American voter cannot tolerate an explicit tax on carbon, which would be the best way to curb greenhouse gases. This supposedly immovable resistance is why the presidential candidates advocate a system of tradable emission permits instead. But if cap-and-trade binds tightly enough to make a difference, it will necessarily make carbon-releasing fuels more expensive. The system cannot work any other way: It can succeed only by attaching an implicit tax to carbon.

As it happens, I think the political toxicity of a carbon tax as against cap-and-trade–assuming we are serious about this, and contemplating a cap-and-trade system that makes a difference–is exaggerated. A revenue-neutral package of a carbon tax and cuts in other taxes is surely within the bounds of domestic political salesmanship. But also bear in mind the decisive international advantage of a straightforward carbon tax.

Yes, America should lead on global climate change, but it cannot solve the problem alone. Its efforts will be futile unless other big emitters — especially China and India — join in. Reaching agreement on a global cap-and-trade regime, and coordinating each country’s efforts within it, would be fantastically difficult. Think about Europe’s problems with Kyoto, and multiply by 10. It would be far, far simpler to organize international efforts around a harmonized carbon tax. Why strive to coordinate a million quantities, when you can gradually coordinate a single price?