Carbon taxes having been getting much more attention in the Canadian press than they have in the United States. And familiarity with the concept of a carbon tax appears to produce support.

A Canadian Press Harris/Decima poll released last week revealed strong support for "a carbon tax levied on people and businesses based on the carbon emissions they generate," with 61% supporting such a tax and 32% opposed. 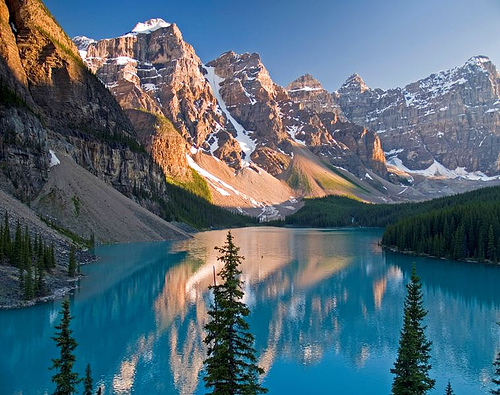 The poll showed even greater support for "an environmental tax refund paid to those who succeed in reducing their use of fossil fuels, electricity, water and the amount of garbage they produce," with 80% support and only 16% opposition.

According to Harris/Decima President Bruce Anderson, the basic concept of a carbon tax becomes more popular:

when the focus is on the broader aspects of our environmental footprint, not just carbon, when it is clear that the money raised would be used to incent environmental improvement, when the idea is that those who are taxed are those who aren’t trying, and when there is a signal that environmentally thoughtful behaviour will be rewarded." (Emphasis added.)

The central concept, of taxing particularly harmful behavior, and rewarding the opposite, is a potential political winner for the party that can get it right and describe it clearly. The tag "carbon tax" and the term "revenue neutral", from a political communications standpoint, are not ideal starting points, as communications go.

We agree with Anderson’s conclusion that "taxing particularly harmful behavior, and rewarding the opposite" — precisely what a revenue-neutral carbon tax is designed to do — is a potential political winner.

We intend to give more thought to his political communications point and whether there is a better way to frame the case for a revenue-neutral carbon tax. Ideas?

UPDATE – May 11 – The Canadian Press reported today on unsubstantiated rumors that the Liberal Party’s pollster has found far less favorable views about carbon tax when respondents were given details of British Columbia’s carbon tax plan. According to the rumors, "the poll found 30 per cent strongly opposed to the idea and 12 per cent somewhat opposed, compared to 23 per cent strongly supportive and 25 per cent somewhat supportive." Based upon Anderson’s conclusion above and assuming the rumored poll results are accurate, the Liberal Party pollster’s results might have been more favorable had he avoided use of the terms "carbon tax" and "revenue-neutral."