Voters yesterday rejected Senator Hillary Clinton’s proposed gas tax “holiday” and, with it, the idea that energy taxes are political poison. The resounding victory in North Carolina and unexpectedly strong showing in Indiana by Senator Barack Obama, the only presidential candidate to oppose the Clinton-McCain tax holiday, could open the door to consideration of a revenue-neutral carbon tax.

While not every election serves as a referendum on a particular policy issue, yesterday’s clearly did. The proposal to suspend the federal gasoline tax this summer was the major policy issue distinguishing Senator Clinton from Senator Obama between the April 22 Pennsylvania primary and today. The issue received extensive media coverage due to both senators’ focus on it amid widespread concern over gasoline prices. [Update – As the New York Times noted this morning, "In both states, the candidates’ final arguments centered on a summertime suspension of the federal gasoline tax, which Mrs. Clinton proposed as an economic lift for voters and Mr. Obama derided as a political gimmick."] In rebuffing Senator Clinton’s quick and simplistic fix, voters demonstrated that they will consent to a tax when it advances important economic, environmental and national security priorities. 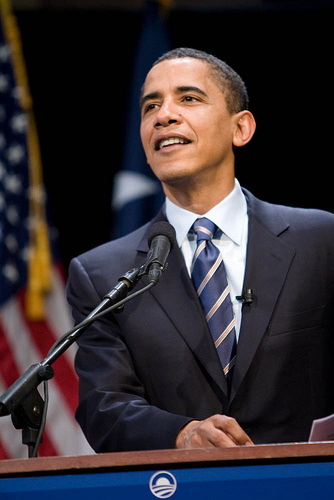 “Voters sent a powerful message yesterday that they are not willing to sacrifice the environmental and economic benefits of the gasoline tax for trivial, short-term benefits,” said Daniel Rosenblum, co-director of the Carbon Tax Center. “Voters in Indiana and North Carolina have driven a spike through the conventional wisdom that supporting a tax is political suicide. The path is cleared for consideration of a revenue-neutral carbon tax-and-dividend approach that cost-effectively reduces greenhouse gas emissions, strengthens the economy, reduces America’s dangerous dependence on foreign oil and returns the tax proceeds to all Americans through monthly dividends,” Rosenblum said.

“These past few weeks, Sen. Obama has stood up for energy prices that tell the truth about climate damage and national insecurity,” said Charles Komanoff, co-director of the Carbon Tax Center. “The voters have rewarded Obama’s political courage and sent a clear signal to Washington that they support price incentives to conserve oil and curb carbon emissions,” Komanoff added.

As Senator Obama stated in his North Carolina victory speech last night, “the American people are not looking for more spin. They’re looking for honest answers to the challenges we face.” An honest answer to the climate change challenge includes truth in energy pricing.

The Carbon Tax Center is a non-profit educational organization launched in 2007 to give voice to Americans who believe that taxing emissions of carbon dioxide — the primary greenhouse gas — is imperative to reduce global warming. Co-founders Charles Komanoff and Daniel Rosenblum bring to CTC a combined six decades of experience in economics, law, public policy and social change.