Sprint vs. Marathon — A New Frame for Cap vs. Tax

We’ve heard Sen. Obama, Sen. Clinton and even some environmental leaders like the Sierra Club’s Carl Pope suggest that a cap and trade system for greenhouse emissions would be equivalent to a carbon tax if permits under a cap were auctioned. While it’s certainly crucial not to give away free permits to polluters, an auction alone won’t make cap and trade as effective, fair, easy to implement or transparent as a revenue-neutral (and gradually-increasing) emissions fee or “carbon tax.”

In February, a Congressional Budget Office study compared the two approaches, concluding that “a tax would be roughly FIVE times as effective at reducing greenhouse gas emissions as a fixed cap.” Read that again. Better yet, read the report. 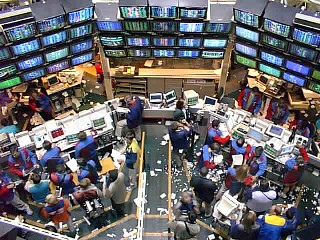 Why is setting a price (or tax) for emissions more efficient than a cap? Because reducing greenhouse gas emissions is more like a marathon than a sprint. The cost of cutting emissions tends to go up with each additional reduction, while the benefit remains essentially constant. (Every ton of CO2 has the same heat-trapping effect.)

So spending a lot to meet a fixed “cap” in one month doesn’t help as much as spending that same money to make larger (cheaper) reductions over a longer time. Setting a price for emissions creates the incentives for our economy to become a marthoner. We face a long race and we have to run it smoothly and efficiently. No point in exhausting ourselves on jackrabbit leaps.

The CBO report explored ways to modify a cap and trade system to make it more efficient (more like a tax), including auctioning permits and a “safety-valve” to limit the unpredictable and destructive price spikes that led to the collapse of the RECLAIM cap and trade program for smog emissions in southern California.  Similar price spikes are now showing up in the European greenhouse gas emissions trading system.

But why introduce the middle-men — the traders who create and profit (or lose) from speculative volatility and skim money off the table?  They’re already circling like hungry piranhas.

Northeastern states are setting up a (complex) Regional Greenhouse Gas Initiative (RGGI), a cap and trade system. Initially, the cap is set higher than emissions levels and permits are auctioned off. Then the cap will be tightened, limiting supply, driving permit prices up. Like musical chairs — take one away each round.

Trades conducted in anticipation of the Northeast’s nascent greenhouse gas trading market reveal a bullish attitude among traders… possibly prompted by the specter of federal pre-emption.

That’s surprising because with supply exceeding demand, the price of permits should be near zero. Why are the bidders jumping? ClimateWire continues:

Veronique Bugnion, managing director of Point Carbon, said that “the price might reflect expectations of a federal cap-and-trade system, as credit prices under a federal system are projected to be much higher and the possibility of pre-emption exists. Traders might see the federal system’s potential to absorb RGGI as more likely than the possibility of RGGI’s overgenerous cap depressing prices.”

Similarly, carbon prices on the Chicago Climate Exchange have shot up since Super Tuesday, when it became evident that all three presidential candidates supported a national emissions cap (ClimateWire, April 7).

Traders could also be taking their RGGI cues from that market, Bugnion said. High credit prices would give states more revenue to spend on energy efficiency, but they could also hurt ratepayers, she added. “Too much money is not necessarily a good thing,” she said.

Traders’ expectations and Bugnion’s comment reveal much about the difference between cap-and-trade systems and a revenue-neutral carbon tax.

Proponents of trading schemes like RGGI appear willing, even eager, to hit (electricity) ratepayers in the wallet to fund state energy efficiency programs. While these programs have proven highly valuable in reducing institutional barriers that impede energy efficiency, the effect is typically regressive. Low-income people spend a larger share of their incomes on utilities (and energy in general) than those of high income.

Cap-and-trade could be revenue-neutral. Auction revenues could be distributed per capita (like the Alaska Permanent Fund) instead of allocated to state energy-efficiency programs. Then cap-and-trade would be income-progressive in the same way as the revenue-neutral carbon tax (advocated by the Carbon Tax Center), increasing its equity and potentially broadening its appeal. Everyone would receive the same dollar distribution, making those with below average fossil fuel consumption net gainers. (And the average is skewed high: the wealthy generate many times more greenhouse emissions through SUV’s, McMansions and jet-setting than the lady in the one-room flat who takes the bus.)

Under either a revenue-neutral carbon tax or revenue-neutral cap-and-trade, all consumers would feel the pull of rising fossil fuel prices as incentives to reduce emissions by conserving energy and switching to alternatives. The price on carbon emissions would spur entrepreneurs to offer products and services to save energy and switch to alternatives. The market, not special interests, would decide the winners.  (It’s dicey to pick winners when the technology race has just begun. That’s how we wound up with ethanol subsidies that encourage rainforest burning for corn production.)

But even then, two big problems with cap-and-trade will remain: price spikes and fat-cat traders.

The “safety valve” is a way to blunt cap and trade’s price spikes — simply open the valve if the price hits a pre-determined limit. Helpful, but a long way from a tax: the smooth, even marathon pace that gets us to the finish line. Plus, the safety valve eliminates the emissions reduction “certainty” touted by cap-and-trade proponents.

And the traders. As the ClimateWire article shows, they’re ready to eat our lunch. Why should we build those transaction costs into our system? (And many of those  costs will be hidden and would provide opportunities for gaming the system.)

Remember, it’s a marathon. We can’t afford the jackrabbit starts of price spikes and the extra weight of traders.