We established the Carbon Tax Center in January 2007. As we look back on our first year, we are thrilled by what we’ve accomplished.

CTC has established a reputation as the go-to web site for objective, non-partisan information on carbon taxes, with hundreds of hits almost every day. We have participated in conferences and debates in New York, Washington and Boston, we have appeared on national television, and we’ve been featured in newspapers, magazines and blogs. Congressional staff, academics, students and interested citizens of all stripes and from many countries have all turned to our site to get up to speed on a topic that is going to become increasingly vital as Congress and a new President grapple with reducing greenhouse gas emissions and limiting the damage from climate change. 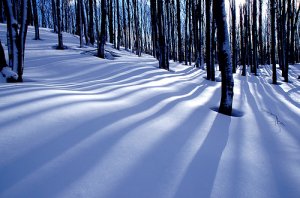 The good news is two-fold. One, CTC has established a very solid foundation. Two, there is widespread support for revenue-neutral carbon taxes across the political spectrum from economists, business leaders, pundits and other opinion leaders. Just take a look at our Supporters page.

But we are not naïve. We know that powerful polluters who use the atmosphere as a free dumping ground are not going to give up that entitlement without a struggle. We know that cap-and-trade has well-connected advocates, many of them with a strong economic self-interest to favor their second-best alternative over carbon taxes. We know that carbon tax opponents have tremendous financial resources they will exploit to maintain their advantages.

And we are mindful that the “T” word is unpopular with politicians. Fortunately, awareness is growing that “putting a price on carbon” is an essential element of any successful strategy to significantly reduce greenhouse gas emissions. While debate continues over the two basic ways to put a price on carbon, a carbon tax or cap-and-trade, we remain convinced that the advantages of carbon taxes are becoming increasingly clear.

A legislated price on carbon is unlikely before a new Congress and President take office, providing time for careful examination of the relative merits of a carbon tax and cap-and-trade. We intend to use the time to frame the choice between an equitable revenue-neutral carbon tax and cap-and-trade schemes that provide huge windfalls to polluting industries and the financial community. This will help voters and elected officials grasp the huge benefits of the prompt reductions in greenhouse gas emissions that will result from an easily implemented revenue-neutral carbon tax, compared to the excruciatingly slow reductions that would result from the endlessly tendentious process of implementing a cap-and-trade scheme.

CTC intends to play a central role in the ongoing debate. To do so, we need your generous financial support. As you make your end-of-year contributions, please think of the Carbon Tax Center and click our Donate Now button or click here for instructions on making a contribution.

Thanks and Happy New Year!