New York Mayor Michael R. Bloomberg will declare his support today for a national carbon tax, according to a report posted this morning on the New York Times City Room blog by metro reporter Sewell Chan:

Mayor Bloomberg plans to announce today his support for a national carbon tax. In what his aides are calling one of the most significant policy addresses of his second and final term, the mayor will argue that directly taxing emissions of carbon dioxide and other greenhouse gases that contribute to climate change will slow global warming, promote economic growth and stimulate technological innovation — even if it results in higher gasoline prices in the short term.

Mr. Bloomberg is scheduled to present his carbon tax proposal in a speech this afternoon at a two-day climate protection summit in Seattle organized by the United States Conference of Mayors. (A copy of the speech was provided to The New York Times by aides to the mayor; the full text is available here, along with the complete Times story.) 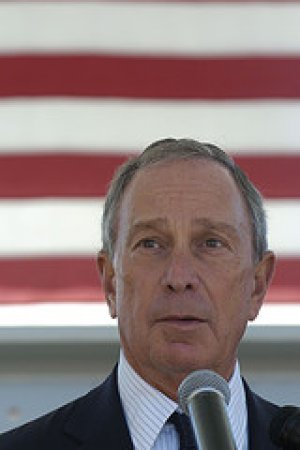 With his speech today, Mayor Bloomberg joins former Vice-President Al Gore as the nation’s leading advocates of a carbon tax to cap and reduce carbon emissions from fossil fuels. French President Nicolas Sarkozy called last week for a national carbon tax on global-warming pollutants and a European levy on imports from countries not complying with the Kyoto Protocol to reduce emissions. In September, U.S. Rep. John Dingell, the powerful chair of the House Commerce Committee, proposed a hybrid carbon tax combining a straight carbon tax on coal, oil and natural gas with a surcharge on gasoline and jet fuel.

In his Seattle remarks, Bloomberg hones in on the key advantage of a carbon tax over a carbon cap-and-trade scheme — price certainty:

Both cap-and-trade and pollution pricing present their own challenges – but there is an important difference between the two. The primary flaw of cap-and-trade is economic – price uncertainty. While the primary flaw of a pollution fee is political, the difficulty of getting it through Congress. But I’ve never been one to let short-term politics get in the way of long-term success. The job of an elected official is to lead – not to stick a finger in the wind. It’s to stand up and say what we believe – no matter what the polls say is popular or what the pundits say is political suicide.

From where I sit, having spent 15 years on Wall Street and 20 years running my own company, the certainty of a pollution fee – coupled with a tax cut for all Americans – is a much better deal. It would be better for the economy, better for taxpayers and – given the experiences so far in Europe – it would be better for the environment. I think it’s time we stopped listening to the skeptics who say, “But for the politics,” and start being honest about costs and benefits. Politicians tend to prefer cap-and-trade because it obscures the costs. Some even pretend that it will lower costs in the short run. That’s nonsense. The costs will be the same under either plan – and if anything, they will be higher under cap-and-trade, because middlemen will be making money off the trades…

For the money, a direct fee will generate more long-term savings for consumers, and greater carbon reductions for the environment. And I don’t know about you, but when the economists say one thing and the politicians say another, I’ll go with the economists.

Emphasizing that “Employment is good, pollution is bad,” Bloomberg says that Congress should “use the revenue from pollution pricing to cut the payroll tax,” thus joining Mr. Gore as well as the Carbon Tax Center in seeking a revenue-neutral carbon tax. Bloomberg then closes with this powerful rhetorical flourish:

There are also logistical issues with cap-and-trade. The market for trading carbon credits will be much more complex and difficult to police than the market for the sulfur dioxide credits that eliminated acid rain. And there are political issues – because the system is subject to manipulation by elected officials who want to hand out exemptions to special interests. A cap-and-trade system will only work if all the credits are distributed from the start – and all industries are covered. But this begs the question: If all industries are going to be affected, and the worst polluters are going to pay more, why not simplify matters for companies by charging a direct pollution fee? It’s like making one right turn instead of three left turns. You end up going in the same direction, but without going around in a circle first.

Bloomberg’s support of a U.S. carbon tax is philosophically consistent with his big current local initiative, a congestion pricing plan to improve mobility, economic activity and the quality of life in the Manhattan Central Business District by charging an entry fee for motor vehicles. A carbon tax and congestion pricing both embody the principle that safeguarding “the commons” — our air, water and public space — requires that we exact from ourselves a commensurate price for uses that damage or deplete it.

In July, we posted an essay on Grist drawing the links, which we reproduce in full further below.

We do take issue with Mayor Bloomberg on one important detail. He says, “People are going to keep buying gas whether it costs $1 a gallon or $2.75 a gallon — or even more — because the demand for gas is inelastic.” While gasoline is the least price-elastic of fuels — around 0.4 in the long run and less than half that much in the short run — demand for gas has some price-sensitivity, as we demonstrate elsewhere on this site. Comparing 2007 with 2004 (first 9 months for each), for example, U.S. economic activity (GDP) grew 8.4% yet gasoline usage is up only 2.7% — indicative of a 0.10-0.15 (short-run) price-elasticity, when factored against the 35% inflation-adjusted increase in gas prices over the same period.

In the longer term, carbon taxes will further conserve gasoline by stimulating a constellation of actions favoring proximity over sprawl and otherwise concentrating economic and human activity in cities. Indeed, the primary CO2-reducing aspect of Mayor Bloomberg’s congestion pricing program resides not so much in the cars it will take off the road in and en route to midtown, as in creating the wherewithal for New York City to absorb a million more people who otherwise might take up residence in Sprawlsville, USA.

From Grist, July 15, 2007: Valuing the Commons — The connection between congestion pricing and carbon taxes, by Charles Komanoff

Every so often there arises an environmental controversy that tests the capacity of Americans to face reality. One such case is emerging in New York City, where Mayor Michael R. Bloomberg has proposed a “congestion fee” on cars and trucks driving into Manhattan.

Backers from the mayor on down tout the fee as a cure-all: it will unsnarl traffic, relieve pollution and create a revenue stream to upgrade subways and buses, while also cutting global warming emissions.

These claims are a bit overstated. More probably there will be a single-digit increase in traffic speeds, a one percent drop in emissions citywide,
and perhaps a $400 million revenue infusion for a transportation system whose annual costs top $30 billion.

But even though the immediate benefits of the congestion charge are relatively modest, the act of imposing such a charge is transformative in itself.

The real significance of the congestion charge is this: it establishes the principle that safeguarding “the commons” — our air, water and public space — requires that we exact from ourselves a commensurate price for uses that damage or deplete it.

The congestion charge puts our money where our mouth is.

Although it has mostly gone unstated, the congestion charge rests on ironclad economic logic: street space, being both coveted and finite, has a value; hence, our failure to charge a price for its use in effect substitutes rationing by waiting, for rationing by pricing — which is why New York, Los Angeles, and every city in between have traffic jams.

Accordingly, a congestion charge that confronts those of us who would drive with the cost of traffic delays we impose on each other isn’t just one means of reducing congestion — it’s the only way to do so.

Mayor Bloomberg could place traffic cops at every intersection, airlift every double-parked car and truck, and make the subways free — and gridlock would reappear within a week, as the improvement in traffic flow attracted drivers now deterred by the too-crowded roads.

The only way to permanently open up road space is to impose some form of road valuation, and Mayor Bloomberg’s pricing plan, while blunt and imperfect, is a very good start. Most important of all, though, it establishes the principle.

This isn’t to say that tech fixes don’t have their place. They will be needed to help get off carbon, just as car and truck alternatives such as expanded subway service, exclusive bus and bicycle lanes, and, in New York, a cross-harbor rail freight tunnel, must supplement the congestion fee. But without congestion charges and revenue-neutral carbon taxes that in effect reward every traffic-busting or carbon-reducing choice, the fixes and alternatives will be systematically underused.

The obvious, first-order, unmediated choices that will reduce congestion and carbon are things that no one can make money from — things like fewer and shorter trips, smaller homes, turning stuff off. Congestion charges and a carbon tax will cause people to make these choices, and that is the only way killer traffic and killer climate change will be brought under control. It won’t happen just by subsidizing technological fixes whose investors have the advantage of an effective lobby.

What, then, is standing in the way of congestion fees and a national carbon tax? The power of an entrenched minority, for one thing. In New York City, fewer than one in 20 working residents drives toll-free into the intended congestion charging zone, but they know who they are and are not shy about protecting their self-awarded entitlement to a toll-free commute.

Conversely, the benefits of congestion pricing will be broadly distributed but not life-changing. Indeed, judging from polls, many New Yorkers don’t even realize they are potential beneficiaries.

“Losers cry louder than winners sing,” wrote University of Michigan professor Joel Slemrod in explaining the near-impossibility of overhauling the U.S. tax code, and the What is more, the benefits from road fees or carbon taxes aren’t just diffuse; because they lie in the future they are by necessity uncertain.

That is why enacting the Bloomberg congestion plan is so hard, and so necessary. America’s civic polity is stuck in traffic, so to speak. Getting it moving again will require us to imagine something other than permanent stalemate and act upon that vision.