"A significant portion of the business community would prefer a carbon tax" to a carbon cap-and-trade system, an official of a leading pro-business lobby group declared today.

In an interview on E&E TV, Margo Thorning, senior vice president and chief economist at the American Council for Capital Formation, honed in on one of the key advantages of carbon taxes over the competing cap-and-trade approach — price certainty:

An advantage of a carbon tax … is that an investor knows, given the projected … set of increases in carbon prices from one year to the next, he knows what the carbon price will be and he can factor that in to what kind of capital equipment he buys, what sort of transport fleet he puts in place, and it provides more certainty. 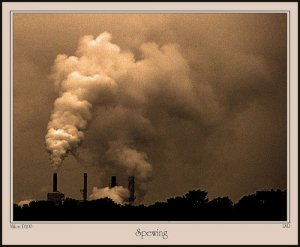 E&E TV: One of the bill’s ideas is to set
up a financial board of sorts that would oversee the new greenhouse gas market. What’s your take on setting up a board of regulators?

Margo Thorning: I think the idea of expecting regulators to know what the price of carbon should be is probably not very well grounded. It does serve as a backstop in that if prices got so high that producers and households were experiencing severe economic pain they could say, well, just go ahead and emit. But it creates uncertainty, because for someone trying to invest in new equipment, if they don’t know what the price of carbon will be, that adds to the risk of the investment. That’s the problem with a cap-and-trade system and that’s what’s happening in Europe. Investors don’t know what the price of carbon will be from one month to the next or one year to the next and it’s been very volatile. So that makes the
cost of capital higher, investment more uncertain, and produces less investment. An advantage of a carbon tax, if you want to impose some sort of penalty on carbon use, is that an investor knows, given the projected set of increases in carbon prices from one year to the next, he knows what the carbon price will be and he can factor that in to what kind of capital equipment he buys, what sort of transport fleet he puts in place, and it provides more certainty. And a carbon tax provides a stream of revenue for the government to spend on new technology or to pay for offsetting the burden on low income
individuals of higher energy prices.

E&E TV: So, if you were given the opportunity to write your own proposal of how the U.S. should
reduce emissions and not hurt itself economically, you’d go with the carbon tax?

Margo Thorning: I would go with the carbon tax and more incentives for new technology development.

Margo Thorning: Well, a significant portion of the business community would prefer a carbon tax and there’s beginning to be more discussion about that. I think one reason some in the business community have supported a cap and trade is they expect to make money on it. They’ve maybe made emission reductions or expect to be able to make emission reductions. They expect to be winners. On the other hand, new companies or companies that are expanding that need more credits will be losers. So the winners under a cap-and-trade system, for example in Europe, the big electric utilities have been winners because they’ve been able to pass forward to consumers the price of the carbon credit even though they were given those credits by the government. So people who expect to make money on it naturally are supportive.

ACCF’s clear acknowledgment of the price-certainty advantage of a carbon tax, coupled with its outspoken criticism of carbon cap-and-trade, follows the contours of the American Enterprise Institute’s June report contrasting the two approaches. The myth that business unanimously favors carbon cap-and-trade over carbon taxes (or monolithically opposes carbon pricing in the first place) is crumbling.