French President Nicolas Sarkozy, appearing alongside Al Gore at an environmental forum in Paris, today called for a national
"carbon tax" on global-warming pollutants and a European levy on imports from countries outside the Kyoto Protocol, according to Agence France-Presse.

Following are excerpts from AFP’s report posted on the Web in the last hour:

Wrapping up a four-month forum on the environment that brought together the government, industry and the green lobby, Sarkozy said he would consider shifting part of France’s tax burden from labour to pollutants, a key demand of environmentalists. 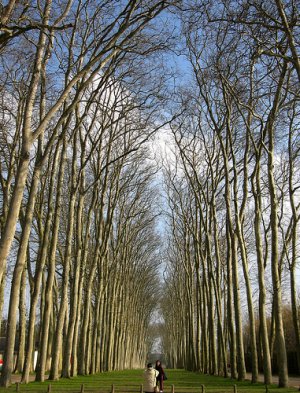 "We need to profoundly revise all of our taxes… to tax pollution more, including fossil fuels, and to tax labour less."

Addressing European Commission head Jose Manuel Barroso, who had taken the podium before him, Sarkozy urged Europe to "examine the option of taxing products imported from countries that do not respect the Kyoto Protocol."

As Europe was setting tough standards on its producers for the benefit of the global climate, it was unfair for their competitors to be exempted, he argued.

"I suggest to you that in the next six months, the European Union discuss the implications of this unfair competition," he said.

Guest of honour at the ceremony, the Nobel-winning former US vice president Al Gore paid a powerful tribute to the forum — pledged by Sarkozy before his election in May — saying it was a "tremendous boost" for global efforts to fight climate change.

"Today you become known as a great friend of the people of this planet," said Gore , 59, who won the 2007 Nobel Peace Prize for his efforts to raise awareness about climate change. The Kenyan green advocate Wangari Maathai, Nobel winner in 2004, was also present.

Sarkozy endorsed a raft of measures to slash
France’s greenhouse-gas emissions, cut pollution and foster biodiversity, hammered out at a series of round tables over the last
two days of the forum.

"Your ideas, I make them my own. I will support them and I will carry them out," Sarkozy told participants.

Pledges ranged from a freeze on the building of new highways and airports, to a
vast plan to shift freight traffic from road to rail, to a commitment to try to slash pesticide use by half within 10 years in Europe’s
biggest farm producer.

Tramway and TGV high-speed train networks are to be extended, and drivers coaxed into buying cleaner cars through bonuses and penalties.

Sarkozy promised a nationwide push to improve the energy efficiency of all new and existing buildings.

Asked to rule on the divisive issue of a carbon tax, Sarkozy pledged to study the creation of a "climate-energy tax", "in exchange for an alleviation of labour taxes", but was careful to reassure French business leaders there would be no increase in overall taxation.

Environmentalists suggest such a tax, calculated from the greenhouse gases emitted to produce and market goods, would be "painless" for consumers and business, starting at a few cents per litre of fuel.

France’s star environmentalist Nicolas Hulot, who pushed green issues to the top of the agenda of the last presidential campaign, said he was "happy and confident" following
Sarkozy’s speech.

"For the first time, we have a president who does not pit economy, growth and ecology against each other… even though he was elected on a pro-growth platform," he said.

Laurence Parisot, the head of the French employers federation, MEDEF, said Sarkozy’s speech was "well balanced" but that it was too soon to judge the impact on business.