U.S. Carbon Trading Market Could Be Lucrative – or Perilous

The Daily Report, a Georgia-based "timely and indispensable guide to everything happening in the legal world," ran a provocative story today.

A U.S. Carbon-Trading Market Could Be Lucrative—or Perilous touches on just how complicated it will be to set up a cap-and-trade market. But the focus is on who will benefit most. The environment? There’s not much discussion of how effectively a cap-and-trade scheme will reduce emissions, but there are telling observations on who will get rich.

For those whose interest in climate change is secondary, the good news about carbon cap-and-trade is that:

It won’t just create work for environmental, energy trading and regulatory attorneys. It also will generate hours for those whose practices encompass business transactions and litigation, capital markets, project finance and even white-collar crime. Already, it’s lining the pockets of lobbyists in the nation’s Capitol and the 17 states that are moving even faster than the federal government toward considering regulation and trading of greenhouse gases, implicated as a cause of global warming.

Climate change deniers won’t be thrilled, but there’s good news for others: 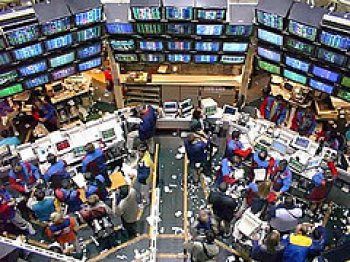 For climate-change skeptics and deniers, it’s no doubt a frustrating time to be watching the 110th Congress. But for businesspeople and lawyers — regardless of their views on whether the Earth is warming and why — it’s nothing short of the opportunity of the century.

“The saying in Washington is anytime there’s a new program, the lawyers are the ones who get rich first,” says Charles A. Patrizia, a Paul, Hastings, Janofsky & Walker attorney who’s spent three decades inside the Beltway.

The good news, again for lawyers, is that there will be work to spread throughout the law firm:

If and when the U.S. government imposes carbon emissions restrictions, says Jones Day’s Holden, the amount of legal work generated by those regulations will be significant.

“The transactional side is going to be huge; the regulatory side, the litigation side is quite big; there’s patent, intellectual property; the international law side,” he says. “It’s hard to find an area of law that isn’t going to be impacted by a regulatory program that not only affects every manufacturing facility, but … [affects] all the products that go into what is manufactured.”

Will the focus of the interest groups that stand to gain from cap-and-trade be on the most efficient ways to reduce greenhouse gas emissions? Will the lawyers, traders, coal companies and others put aside their self-interest because a revenue-neutral carbon tax would provide more greenhouse gas emission reductions sooner, more efficiently and less expensively? Don’t hold your breath!