Who is Daniel Sperling and why is he saying bad things about carbon taxes?

Yesterday’s Los Angeles Times ran an odd op-ed calling carbon taxes an ineffectual antidote to global warming. Unlike other critiques that brand carbon taxes as politically unpalatable, this one argued that they’re simply not up to the job of cutting carbon emissions:

“Carbon taxes — taxes on energy sources that emit carbon dioxide (CO2) — aren’t a bad idea. But they only work in some situations. Specifically, they do not work in the transportation sector, the source of a whopping 40% of California’s greenhouse gas emissions (and a third of U.S. emissions).”

I’ve known Daniel Sperling, the author of the op-ed, for decades. As the long-time director of the Institute of Transportation Studies at UC-Davis, Dan probably knows as much about automotive engineering as anyone in the world. What’s more, he’s conscientious, tireless and concerned. 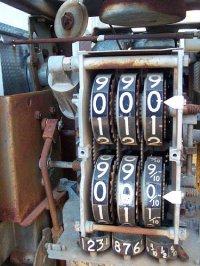 So why do I think he’s wrong about carbon taxes? Actually, Dan is part right, but his message is wrong. Let me explain.

It’s been clear for awhile that carbon taxes won’t make a huge dent in carbon emissions from gasoline — relative to their impact on the biggest source of U.S. carbon dioxide: coal-fired electricity generation. There are three reasons:

When we ran the numbers here at the Carbon Tax Center, we found out just how much gasoline would underperform while electricity overachieved under a level carbon tax. Using Colorado as a test case, we estimate that a statewide carbon tax would draw 60% of all of its carbon reductions from the electricity sector (which is responsible for 42-43% of that state’s CO2), but only 10% from gasoline (which accounts for 20% of emissions).

So we agree with Dan on some key facts. But we think he’s let his natural pessimism about price incentives (he’s an engineer, after all) run a bit amok.

For one thing, the low (10% or less) price-sensitivity for gasoline Dan cites (from his own UC-Davis study) is short-run only. The long-run price-elasticity of gasoline demand is invariably much higher since it can reflect long-term investment decisions — by households in buying more efficient vehicles, by automakers in designing and producing them, and by everyone in making location decisions that reduce driving.

Using that figure, and making assumptions similar to Sperling’s about the potential for substituting lower-carbon fuels, we find that a ramped-up carbon tax that increased the price of gas 10 cents a gallon every year for a decade would reduce CO2 emissions from motor vehicles further and faster than the Low-Carbon Fuels Standard Sperling touts in his op-ed.

Again using Colorado as a test case, the same carbon tax would eliminate more than five times as much CO2 in the electricity sector and almost three times as much in “other” sectors (trucking, space heating, aviation, etc.). Indeed, that tax, which in carbon terms tacks on a charge of $37 per ton (or $10 per ton of CO2) each year for 10 years, would lop off almost 40% from that state’s carbon emissions by 2020. And the revenue stream would be enormous — enough to permit the legislature to zero out the widely disliked state Sales Tax and Business Personal Property Tax by the fifth year, even while providing generous per-resident and per-employee rebates, supplementing the federal Earned Income Tax Credit to assist low-income families, and financing targeted investment in energy efficiency and renewable energy.

We’ll grant the point made by Dan (or the Times’ editors) at the top of his piece: Taxes on CO2 emissions alone won’t get us where we need to go. We’ll need judicious and creative incentives and regulations in addition to a carbon tax, and the Low-Carbon Fuel Standard that Dan is helping advance in California fits that bill. But let’s stop the nay-saying over carbon taxes. They’re the powerful tailwind America needs to get our carbon emissions down equitably, efficiently and immediately.